Occidental's financial grades are in, and Moody's Investors Service has once again sent the College to the top of its class.

Demand for the issue was strong at a time when some investors are being warned to avoid bond issues by small liberal arts colleges—so strong that underwriters at Wells Fargo could have sold $228 million worth, ­almost seven times the amount actually ­offered. (Purchasers were pension funds and other large institutional entities.)

"At a time when it's mostly large schools like Stanford and Harvard going to the market, this is an investor vote of confidence in Oxy's financial management," says Amos Himmelstein, vice president for finance and planning. "Our results were better than some other, more highly rated colleges."

Moody's rating is only the latest financial accolade for Occidental. Forbes' most recent Top Colleges Financial Grade list of private colleges gave Oxy an A, and the U.S. Department of Education's Financial Responsibility Composite Score for Oxy is a 3.0—the highest possible.

Moody's rating means more than just bragging rights. The new tax-exempt revenue bonds made it possible to retire two previous bond issues from 2005 and 2008 and provide $5 million in new funding for capital projects on campus. They came with a low 3.28 percent interest rate, which will generate a savings of $3.6 million over the 30-year life of the bonds. "That's $1 million more in savings than we expected," Himmelstein says. "It's the result of a positive rating and hitting the market at the right moment."

Oxy's success in the bond market comes at a time when investors are more wary of issues by small colleges, given Moody's prediction that the number of small schools closing their doors will triple in coming years, primarily due to declining enrollments. "You can't just buy bonds from your alma mater anymore, because you might end up getting the short end of the stick," Hugh McGuirk, head of the municipal bond team at T. Rowe Price, told The Wall Street Journal last fall.

Occidental's advantages extend beyond savvy financial management, according to Moody's. "Two of the key credit strengths of the college are its reputation as an elite liberal arts college and its strategic location in Los ­Angeles, which provides a strong draw for students interested in a small college experience with access to the internships and other opportunities of a large city," it says.

Oxy's Aa3 credit rating is the same as Oberlin, Macalester, and Colorado colleges—peer institutions with endowments as much as twice the size of Occidental's $392 million. "This is just another powerful reason for us to continue our drive to grow our endowment," Himmelstein says. "Imagine what we could do with an endowment the size of Oberlin's or Macalester's."—JIM TRANQUADA 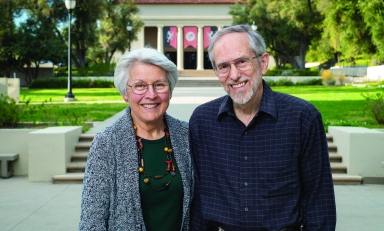 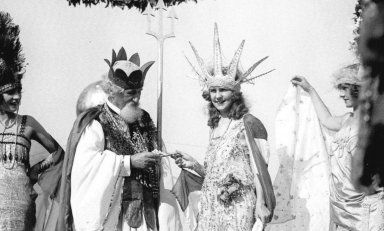