Do You Believe in Santa Claus? | Occidental College

Do You Believe in Santa Claus? 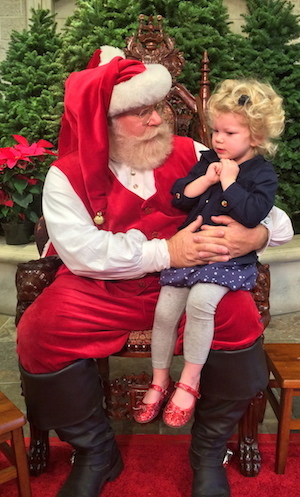 Santa Claus is comin’ to town! Or is he really?

New research by Occidental College professor of psychology Andrew Shtulman may disappoint some believers in holiday magic: When it comes to believing in Santa Claus, your children might not be as credulous as you might think.

A new study by Shtulman in the journal Cognitive Development was inspired by earlier work on children's understanding of physical possibility. In that research, he and his collaborators found that young children are actually highly skeptical of the possibility of extraordinary events.

"Four-year-olds will deny the possibility of anything that violates their expectations, which includes not only impossible events, like walking through a wall or walking on water, but also events that are improbable but not impossible, like finding an alligator under the bed or drinking onion juice," Shtulman says of his findings, which he calls "surprising."

"Children are typically viewed as credulous, as willing to believe that anything is possible," he says. His discovery of the opposite "seemed to contradict the fact that young children readily believe in fantasy characters, like the Easter bunny and Santa Claus. We thus wanted to explore those two facets of development in the same study: the ability to differentiate improbable (yet possible) events from impossible events and belief in Santa Claus."

First, researchers asked children between the ages of 3 and 9 about the possibility of various extraordinary events, some possible and some impossible. None of the events were related to Santa or to Christmas. (Shtulman used his own 4-year-old son as a "data point" in the study.)

Next, the researchers asked children to help write a letter to Santa. Although children were free to include whatever they wanted, they were specifically encouraged to ask Santa some questions.

In other words, according to Shtulman, the better that children were able to differentiate possible events from impossible events, the more likely they were to begin questioning the mythology surrounding Santa, even though all still believed (at the time of testing) that Santa exists. (Children typically stop believing in Santa by the age of 8 or 9, Shtulman says.)

Meaning that by springtime, it may be all over for the Easter bunny. 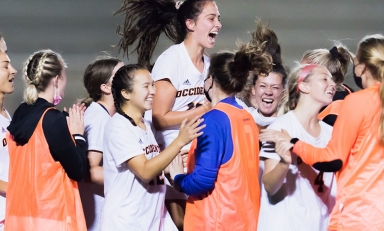