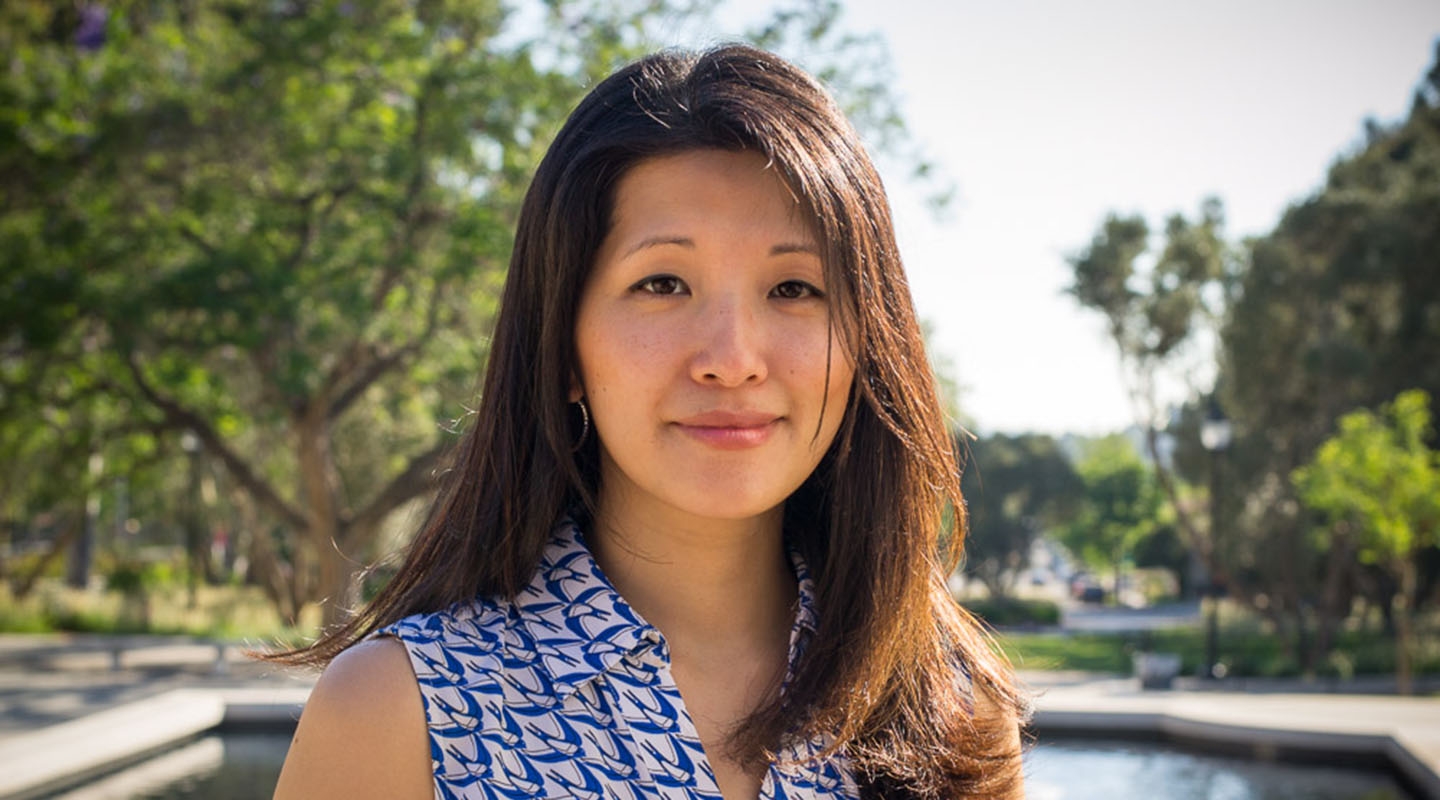 For Occidental College Associate Professor of History Jane Hong, the lightbulb went on when she realized that the history she was studying as a Yale undergraduate had a direct connection to her own parents’ story as Korean immigrants who arrived in Brooklyn in 1975.

Hong shared that story this month as part of PBS’ five-part docuseries Asian Americans, which The New York Times called “the most ambitious documentary project ever to chronicle the history of the Asian-American community.”

She was one of a small group of historians interviewed for the sweeping look at 150 years of Asian-American history, drawing on her knowledge of the 1965 Immigration and Nationality Act. The legislation marked a turning point in American policy that served as the climax of her new book, Opening the Gates to Asia: A Transpacific History of How America Repealed Asian Exclusion (University of North Carolina Press, 2019).

It was the passage of the 1965 act, which abolished a 40-year-old exclusionary quota system, that made it possible for her newly married mother—a nurse—to obtain a visa that brought her and her father to New York. The convergence of her academic expertise and her family story is the reason why some of her family photos were broadcast to a national audience in Episode 3 of the series—much to her surprise. “I was shocked,” she says.

But the filmmakers made a conscious effort to build the series around family stories, according to producer and UCLA Professor of Asian-American Studies Renee Tajima-Peña. “You don’t have to be Asian yourself to see yourself in these stories,” the acclaimed documentarian, whose 1987 film Who Killed Victor Chin? was nominated for an Oscar, said in a UCLA interview.

Hong makes multiple appearances in the series, which takes advantage of her expertise in the evolution of U.S. immigration law, Korean history, and the political career of U.S. Senator Hiram Fong of Hawai’i, the first Asian-American to serve in the Senate. (She wasn’t the series’ only Oxy connection—two-time Olympic gold medalist Dr. Sammy Lee ’43 makes a cameo appearance, and Tajima-Peña’s researchers consulted with the Museum of Chinese in America in New York, headed by Nancy Yao Maasbach ’99.)

“Of all the historians they talked to, I am by far the most junior person,” says Hong, who joined Oxy’s faculty in 2014 after earning her doctorate in diplomatic history at Harvard. “Initially they were looking for someone who knew Hiram Fong. I had studied him for his immigrant advocacy—his role in the 1965 act isn’t well known. Because of the transnational nature of my work, I have a breadth of knowledge that turned out to be useful.”

It’s been quite a year for Hong, who published her first book, appeared in the landmark documentary series, received tenure, and three months ago gave birth to a daughter. She’s already hard at work on her next book project: an examination of how Asian immigration since 1965 has changed American evangelicalism and evangelical politics.

“Increasingly in the United States, non-white Americans are the fastest-growing groups within the evangelical movement, and I’m trying to square that demographic reality with how evangelicals are typically portrayed,” she says. “InterVarsity Fellowship is led by a second-generation Taiwanese-American, and the former moderator of the Presbyterian Church in America was Korean-American. How did that happen is the question I’m trying to answer.”

In sharp contrast to her first book, based primarily on archival research, the new project also relies on oral histories she is conducting with contemporary figures. “I’m really enjoying the process,” she says. “You have to negotiate people’s personal views and their investment in shaping the narrative and shaping their legacies. It gets tricky, but it’s a good challenge.”