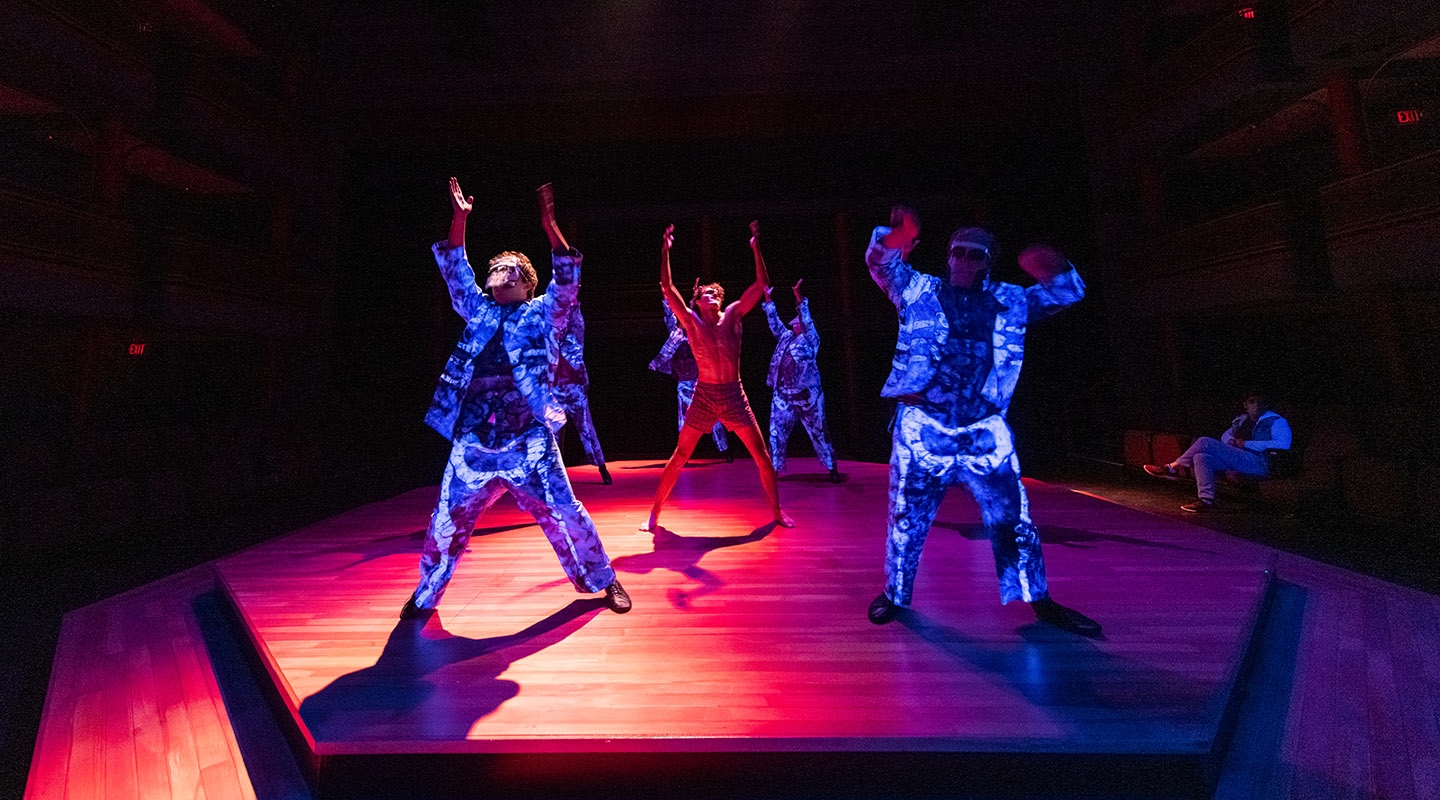 After a year and a half of disruption by COVID-19, the theater department is mounting live productions of Everybody and Seize the King.

After three semesters of virtual theater performances, Occidental’s Theater and Performance Studies Department is thrilled to bring their actors and stage crew back to Keck Theater for a live audience. On the performance calendar for Fall 2021 are Everybody, opening this Thursday, and Seize the King. Admission is free and seating is first come, first served. Health and safety protocols will be in place.* 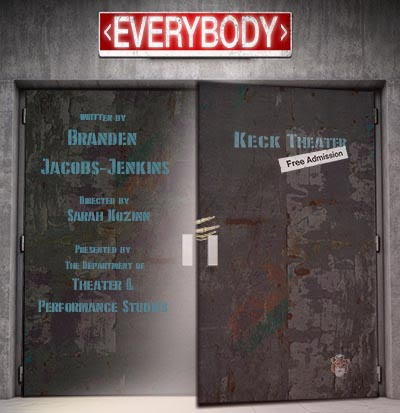 Written by Branden Jacobs-Jenkins and directed by Associate Professor Sarah Kozinn, Everybody poses some of life’s fundamental questions. For starters, if you knew you were going to die, what would you say about the life you’ve lived? Everybody is a play about love. And death. And what happens, or might not happen, after. Jacobs-Jenkins, who also wrote Appropriate, An Octoroon, Gloria and Neighbors, twists a Medieval tale to explore what might happen in our final act.

“Over the past two years death has been front and center,” Kozinn says. “And even though this play is about dying, it's really about looking at the lives we lead, and it's written in a way that requires the theater. The playwright loves to play with and disrupt theatrical expectations, and this performance is no exception. I can't imagine a better way to invite audiences back than with a show that celebrates our being together.” 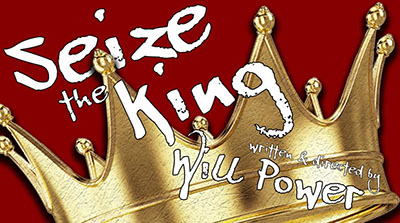 Written and directed by Assistant Professor Will Power, Seize the King is a contemporary verse reinterpretation of Shakespeare’s Richard III. You will meet the tyrannical yet charming Richard as he plots his way to the throne, with nothing in his path except those brave enough to block him. This provocative myth of greed and virtue reimagines Shakespeare's play as an explosive, contemporary lyrical tale – poetic, dramatically compelling and thought-provoking.

The play was named a New York Times Critic’s Pick when it premiered in New York this summer, and the San Diego City Beat described it as “a sharp, lyrical script that blurs the line between the past and the present, while positing that ambition and depravity are not the province of merely one king, one country or one moment in time.”

*For both plays, Oxy community members must show their IDs and off-campus guests must show proof of vaccination. All audience members are encouraged to arrive early to allow for IDs/proof to be shown. Masks must be worn at all times while inside the building. In adherence to county guidelines, the actors will be unmasked while performing and are tested three times per week.