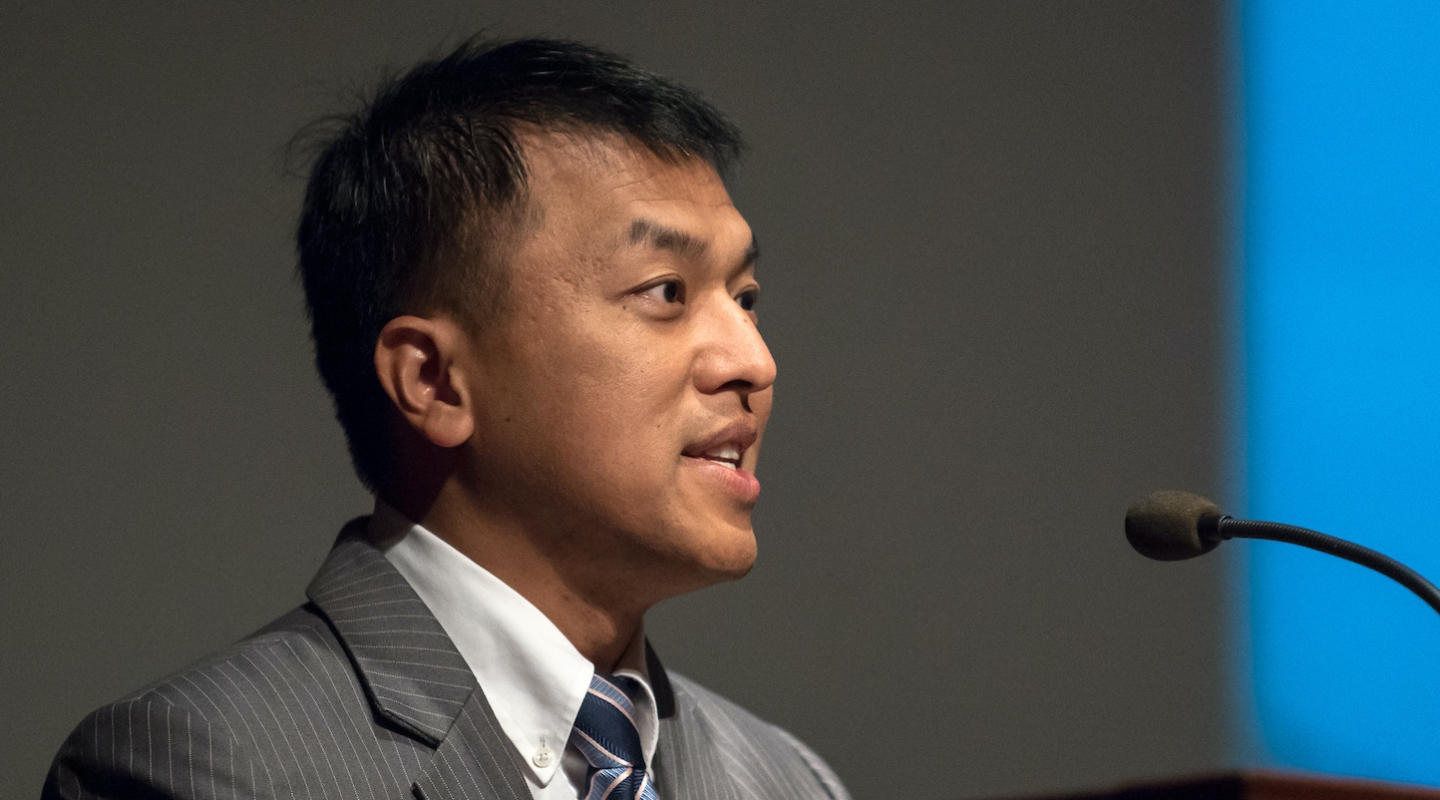 Occidental College’s Sophal Ear has been named as one of 40 Changemakers by the Public Policy and International Affairs (PPIA) program, the non-profit organization that seeks to increase diversity in the public service sector. To honor PPIA’s 40th anniversary, the organization is highlighting the accomplishments of its alumni.

Ear, an associate professor of diplomacy and world affairs, is an alumnus of the 1994 PPIA Junior Summer Institute at Princeton. “We celebrate you, Sophal, for building awareness around what creates a strong and healthy economy,” PPIA said in its announcement. “Your understanding of the systemic challenges within least developed countries carries both depth and compassion. The message you share is one of empowerment and human potential.”

A Cambodian refugee whose family fled after the Khmer Rouge took over the country in 1975, Ear teaches about political economy, security, development, and Asia. He is an expert on China's influence in Cambodia and an outspoken critic of the authoritarian government of Cambodian Prime Minister Hun Sen.

As a junior at UC Berkeley, Ear says he found his participation in the PPIA program transformative.

“At first I was convinced that it was impossible. I was a refugee kid who had no idea of anything. Me, leaving to fly to the East Coast all alone? Live in a dorm? I'd lived at home all my life--we could never afford dorms. But I did it, and discovered what public policy and international affairs were,” says Ear.

“That summer turned into my ticket to a full-ride in the Master of Public Affairs program at Princeton, an M.S., M.A., and Ph.D. at Berkeley,” he adds. “My first job out of Princeton was as a consultant working on Social Protection at the World Bank. It was so strange to advise on these programs only a couple of years removed from having been a recipient of welfare and Medi-Cal. I would never have believed it in a million years!”

More than a dozen Occidental students have been awarded PPIA Fellowships for the Junior Summer Program over the past decade.

Ear joined the Occidental faculty in 2014 after teaching political economy and post-conflict reconstruction at the U.S. Naval Postgraduate School and a post-doc in international development policy at the Maxwell School of Syracuse University.

He has consulted for the World Bank, was assistant resident representative for the United Nations Development Programme in East Timor, and advisor to Leopard Capital, Cambodia's first private equity fund. Since 2015, Ear also serves on the Crescenta Valley Town Council, which represents an unincorporated area of 20,000 residents in Los Angeles County. In 2016, he received PPIA's Reverend Clementa C. Pinckney Achievement Award for Extraordinary Leadership in Public Service.

A TED Fellow and Fulbright Specialist, he has been a term member of the Council on Foreign Relations and a Young Global Leader of the World Economic Forum. After nearly seven years as a trustee of the Nathan Cummings Foundation, he currently serves on the boards of Refugees International, Partners for Development, the Southeast Asia Resource Action Center, the International Public Management Network, the Siem Reap-based Center for Khmer Studies, and the Phnom Penh-based Southeast Asia Development Program.

He is the author of Aid Dependence in Cambodia: How Foreign Assistance Undermines Democracy (Columbia University Press, 2012) and co-author of The Hungry Dragon: How China's Resources Quest is Reshaping the World (Routledge, 2013). He guest edited a special virtual issue of Politics and the Life Sciences on Coronavirus: Politics, Economics, and Pandemics (Cambridge University Press, 2020) and his third book, Viral Sovereignty and the Political Economy of Pandemics: What Explains How Countries Handle Outbreaks has been offered a contract.

Based on his ability to engage students, remain involved on campus and in his community and for the passion of his subject, Sophal Ear was chosen in 2015 as one of the 40 under 40: Professors Who Inspire. He was also honored for his professional integrity, concern for social justice, and humanitarianism in 2019 with the Tobis Medal by the Ethics Center at the UC Irvine. Previous winners have included former President Barack Obama and former First Lady Michelle Obama.