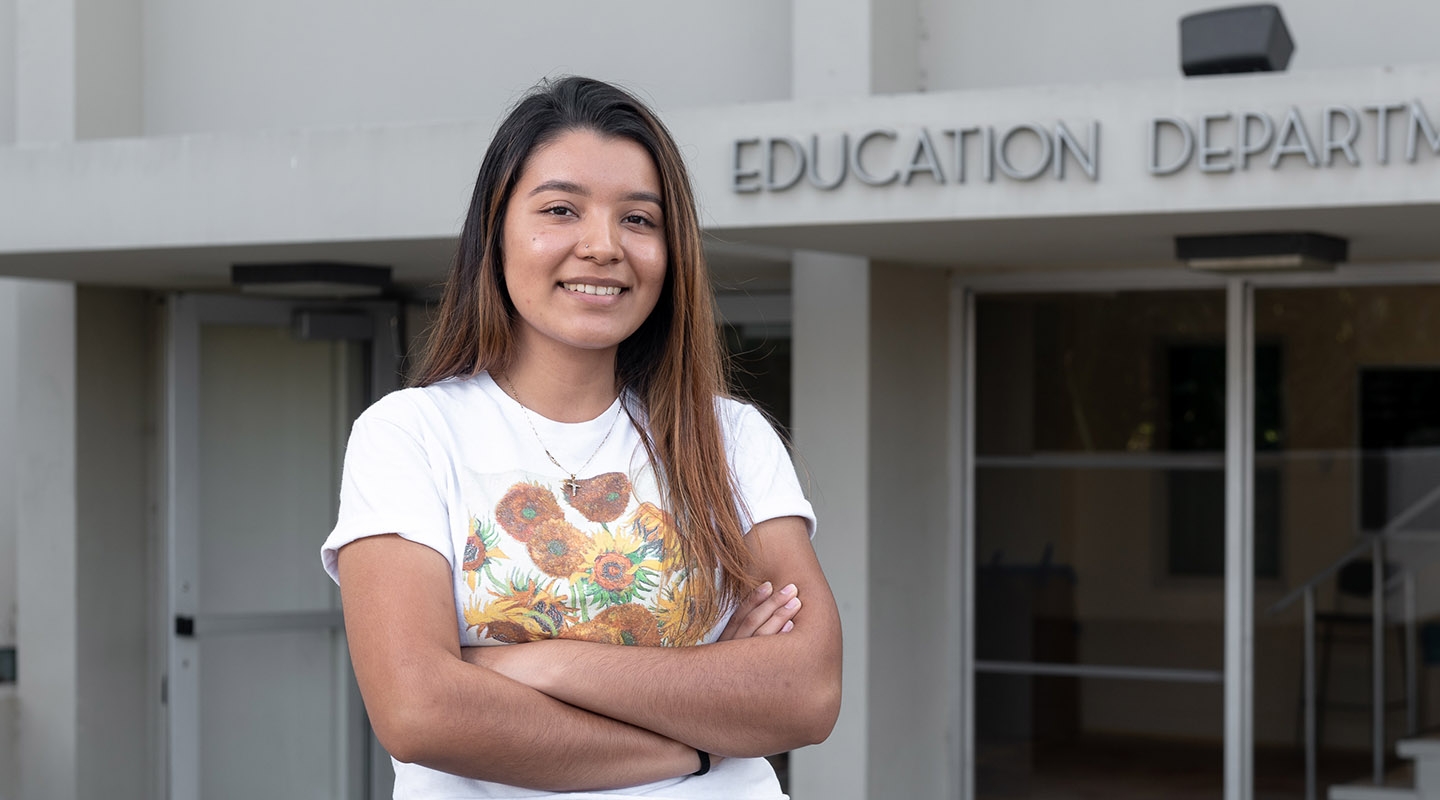 For first-generation college student Citlaly Madrid, the liberal arts unlocked a love for Latin American history and the field of education. She plans to share this passion after graduation by working as a college counselor for low-income communities.

Citlaly Madrid is, among other things, a big sister. Her two brothers, Oscar and Osiel, are 13 and 16. She always tries to mentor them when it comes to planning for college, offering advice on which teachers to talk to and which clubs they should check out.

“I just try to guide them in a way that I would have liked being guided, especially in early high school,” she says. “Being a role model to them makes me proud.”

The daughter of Mexican immigrants, Citlaly is a proud first-generation college student. Growing up in Pomona, she herself was a beneficiary of mentorship through the nonprofit organization Uncommon Good’s Connect to College program. As a high school student, she enrolled in a summer course as part of a college-bound program called Scripps College Academy.

“That was my first taste of what a liberal arts education was. I liked it a lot and decided that was the kind of environment I was looking for.”

Citlaly’s longtime mentors at Uncommon Good first told her about Oxy, thinking it would be a good fit for her. After she toured the school and loved it, they helped her to navigate financial aid and complete her college application.

Homing in on her academic interests

Entering college, Citlaly planned to pursue a premed track. But she had always wanted to learn more about history, specifically Latin American history, since it wasn’t a big part of her high school curriculum.

“Those few chapters in the textbooks were always the ones that were most interesting to me. Once I took the intro course in the Latino/a & Latin American Studies department and got to know the faculty better, I realized that was what I wanted to study.”

She loves the interdisciplinary nature of the major, which has allowed her to take classes in Diplomacy & World Affairs, politics, psychology and music. As a sophomore, she took a course in the education department called “Conflict in Education,” finding the material applicable to both daily life and what she wanted to do after college.

As a senior, she got a job in the admission office as a Senior Fellow, conducting prospective student interviews. After graduation, she’d like to pursue a master’s program in counselling, she says, and work as a high school college counselor in low-income communities. 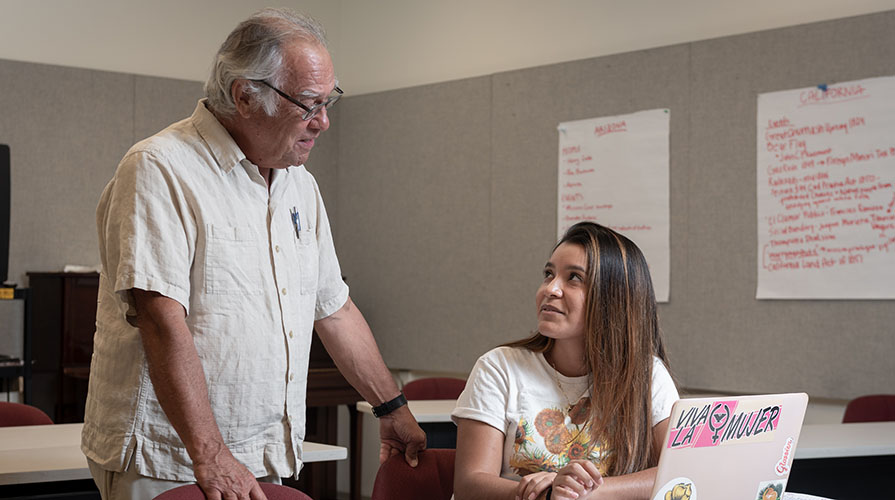 Citlaly knew she wanted to study abroad while in college, and chose a program in Santiago, Chile through the School for International Training (SIT). Some of her experiences there, including a two-week side trip to Buenos Aires, Argentina, inspired her senior comps research on women-led political movements in Argentina and Guatemala.

Last summer, Citlaly participated in Oxy’s InternLA program, which connects students with paid, full-time internships around the city. She worked for Children Mending Hearts, an organization that teaches empathy through the arts and combats bullying in schools.

She worked closely with the executive director, creating lesson plans and preparing materials for educators and assisting with children’s art classes at a local YMCA a few times a week. By the end of the summer, she was even leading a few of the classes herself.

Looking back on nearly four years at Oxy, Citlaly thinks about these experiences as well as the personal connections she’s made.

“I’ve met some really, really amazing people during my four years here. My relationships with professors are also really valuable, they’ve been a real support system to me, especially in the LLAS department.

“It’s going to be a very emotional graduation this May,” she adds. “It’s definitely been hard, especially in the beginning, navigating my classes and learning to be more independent from my family. But I have definitely grown a lot at Oxy.”