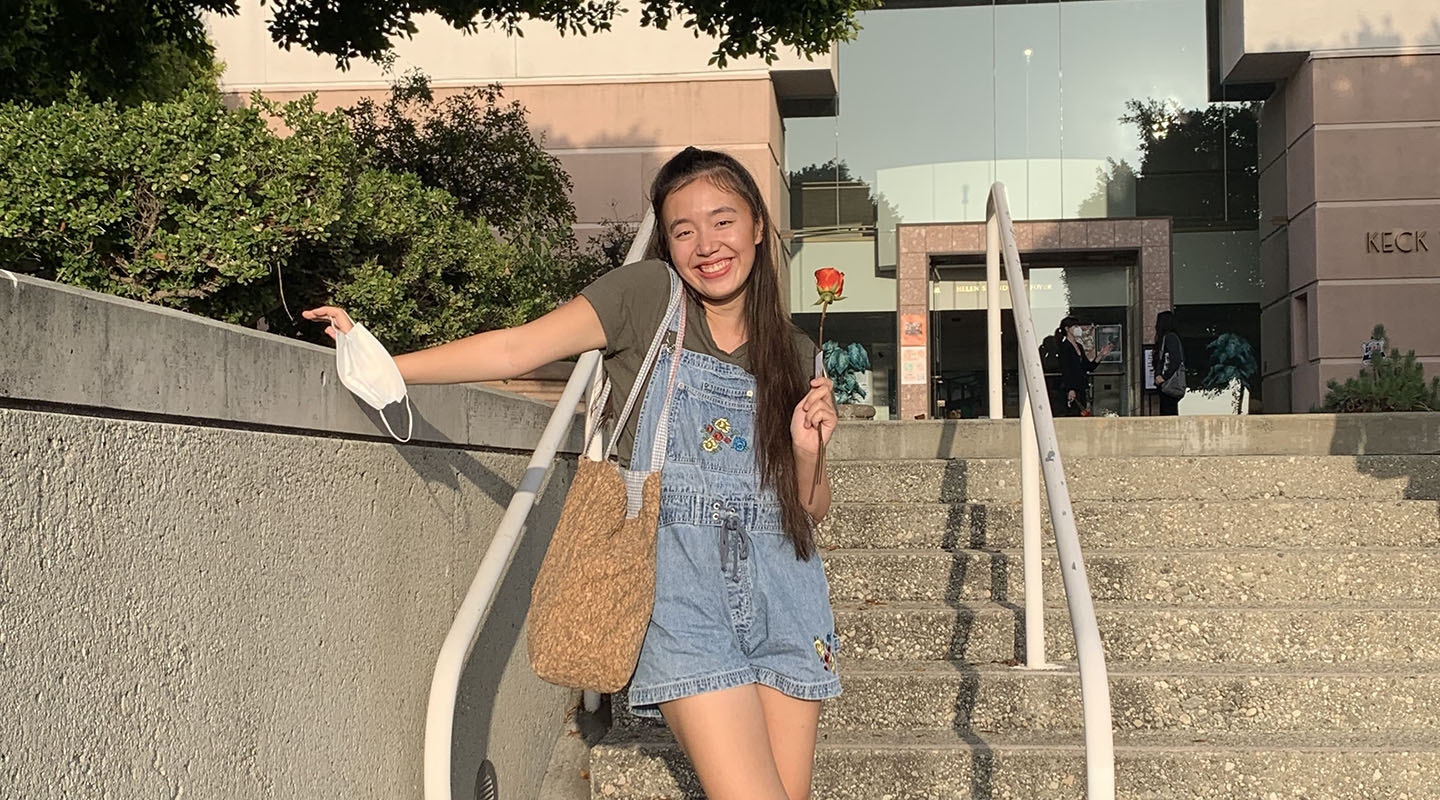 Emma Galbraith ’25 balances twin passions for environmental justice and theater, taking on both community organizing and starring in a Geffen Playhouse production in Los Angeles. Oxy is providing her with a path to pursue both.

Emma Galbraith was 8 years old and living in Austin, Texas, when the BP oil spill occurred in 2010. Wreaking havoc on her state’s coastline and throughout the Gulf of Mexico, it became the largest offshore oil spill in U.S. history.

It was an early introduction to a lifelong passion for Emma: the fight for environmental justice. In fact, it was her interest in the work of Assistant Professor of Urban & Environmental Policy Mijin Cha that introduced Emma to Occidental. She reached out to Cha as a senior in high school to talk about Cha’s work in the areas of climate justice, labor movements and the intersection of the two.

“I basically spent my entire gap year after highschool doing political organizing in that specific field and a lot of it was inspired by Dr. Cha’s work,” Emma says.

Learning more about the Department of Urban & Environmental Policy cemented Emma’s interest in Oxy. It was one of the few programs she could find that gives students the hands-on training and tools to do community organizing. 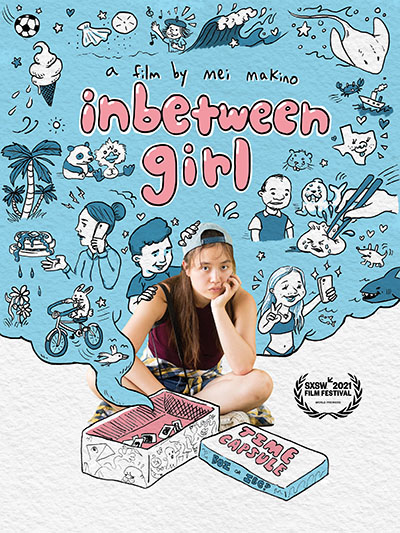 As a sophomore in high school, Emma developed an interest in theater and acting after being convinced by a friend to take a musical theater class together. She soon became part of the tight-knit, nurturing theater community in Austin, getting involved with an arts organization called Creative Action to learn about filmmaking and acting.

There she made a connection that ultimately led to her getting cast in the indie movie Inbetween Girl, which premiered at South by Southwest in 2021 and won the Audience Award in the Visions category. The film, directed by Mei Makino, is a coming-of-age story exploring biracial identity that was shot the summer before Emma’s senior year. “The movie did really well in the festival circuit, which was very pleasant to witness,” Emma says.

Although she didn’t come to Oxy with the intention of becoming a theater major, Emma auditioned for the first play and since then “it’s just kind of snowballed” and she’s become very involved in the department. “I love it, and I’ve met most of my closest friends there,” Emma says. “There are so many cool projects to get involved in.” 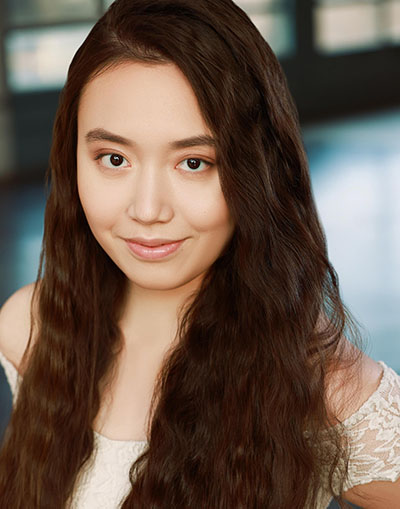 One of the many benefits of being in Los Angeles is having access to world-class theater, both as an audience member and as an actor. Emma had the opportunity to audition for a play being produced by the Geffen Playhouse this spring, Man of God. She read for the role of Jen on her 20th birthday and within a week was starting rehearsals. The show opened on May 20 and Emma is currently acting in 8 productions per week.

“I’m very grateful to all my professors for working with me,” Emma laughs. “They were all very understanding, which was fantastic.”

Luckily, her academic interests dovetail well, she says, and keep her grounded and balanced.

“Theater and organizing are actually very similar because a lot of it is just being able to understand how humans and human emotion work, and what motivates people. There’s a lot of overlap and they balance me in a way that I really need as a person.”

Ultimately, Emma says she wants to use her education to assemble a toolbox that will allow her to help as many people as she can. She wants to graduate with the skills and resources to go out into the world and meaningfully impact people’s lives and help make concrete changes. Part of that is continuing with community organizing.

“Housing, climate resilience, racial justice—there are all these things we need to fight to win in the next century,” she says. “One of the things I love about Oxy is that it prepares students really effectively for being able to have hard conversations with people and getting people to work together on the issues that matter most.”

There is an art to combining your passions, and Emma definitely seems to have the hang of it. Oxy is supporting her along the way.

Learn more about Inbetween Girl and where you can watch it online.

Catch a live performance of Man of God at the Geffen Playhouse in Los Angeles. Running through 6/19/22.