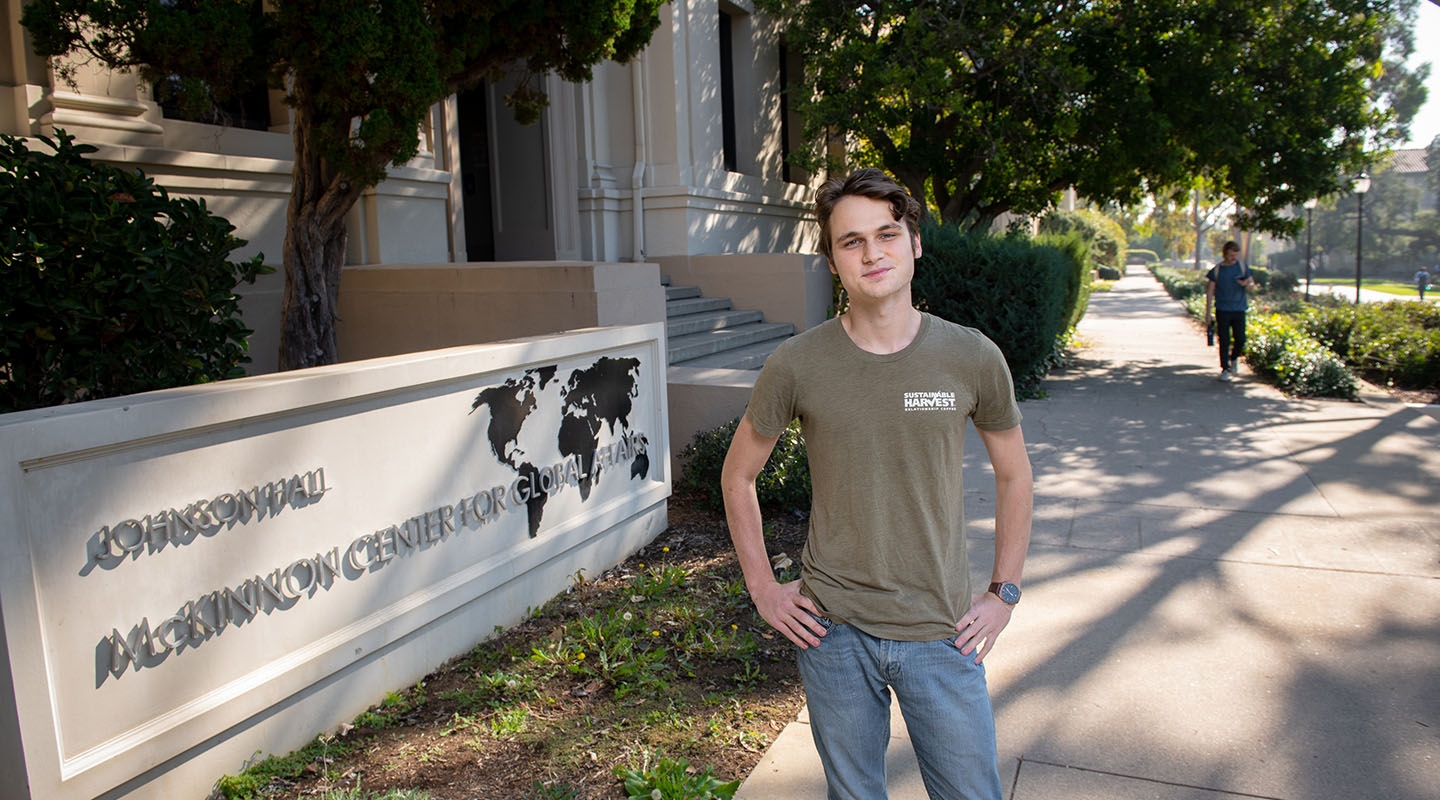 Gavin Griswold ’23 is a third-generation Oxy student who looks forward to working internationally with a purpose after graduation. Oxy is helping him pave that path.

Though it was 70 years ago, Gavin’s 91-year-old grandmother, Barbara “Jean” Griswold ’51, still lights up when she remembers her days at Oxy. There she met her husband Bill Griswold ’50. Their children, Ruth Griswold Coleman ’82 and David Griswold ’84, also attended Oxy, as did Gavin’s cousin Jean Coleman ’14.

Despite the long family history, Oxy was not a foregone conclusion for Gavin. Initially he thought he would attend a bigger university with a larger sports program (he’s a huge baseball fan). But ultimately, he decided to pursue the kind of education that Oxy does best.

“What appealed to me about Oxy is that you get this small campus where academics and teaching are first and foremost,” says the Portland, OR native. “It's about interacting with professors who are wonderful teachers with real world experience and know what’s important.”

It’s all part of the liberal arts college experience—people are going to be there for you and you’re going to be able to have conversations with professors that can create incredible connections.

With the pandemic in full force during his second year of college, Gavin was impressed by his academic advisers, who were highly available and supportive to students during remote learning.

“It’s all part of the liberal arts college experience—people are going to be there for you and you’re going to be able to have conversations with professors that can create incredible connections.”

Gavin’s father David established Sustainable Harvest, a specialty coffee import company that democratizes the supply chain, connecting small farms and indigenous growers to buyers through a sustainable, relationship-based model. Gavin’s association with the company has allowed him to travel the globe and meet some remarkable people—including Desmond Tutu.

Gavin has taken summer jobs in Colombia as an assistant videographer and in Rwanda as a trade show events planner, international exposure that sparked his passion for future ventures. He also interned with Bloomberg Philanthropies in Summer 2020, working for the women’s economic development initiative. He did research for country reports and analyzed data on the political economy in several countries, some of which related to the real-time impacts of COVID-19.

“You learn so much from other cultures and from not just being a tourist who is seeing and consuming things,” he says. “When you have a sense of purpose abroad it really puts you in the perspective of a totally different place than where you’re from.” 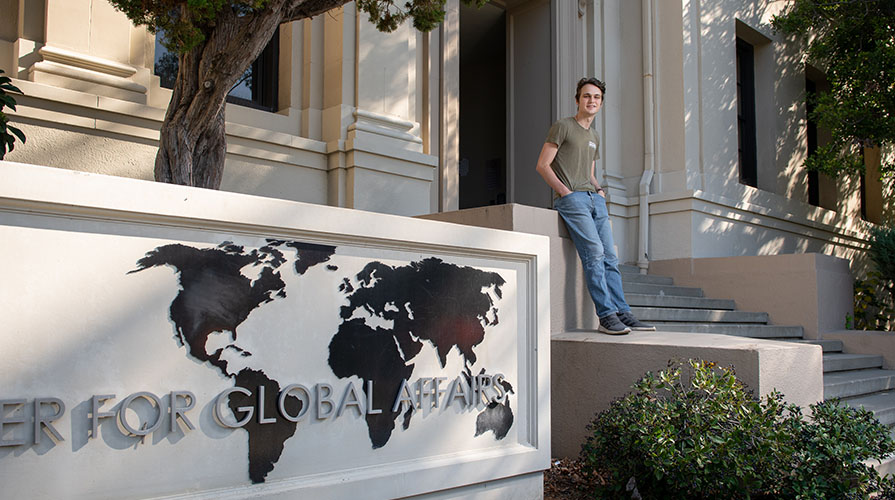 This mentality is encouraged at Oxy, Gavin adds, which gives students a sense of the importance of making positive change in the world. It also encourages them to learn about social impact and explore how they can be enriched by other cultures.

Inspired by his early Diplomacy & World Affairs (DWA) coursework, it became the obvious choice for his major. In addition to broadening his outlook, it also aligned with his strong interest in working internationally in the future.

Gavin’s “Global Political Economy” class, taught by DWA Professor Madeline Baer, is especially exciting to be a part of, he says.

“I wake up every morning and feel like I’m going to have conversations that involve so many different topics and parts of the world, and it’s all going to be fascinating.”

Gavin loves delving into Oxy history and enjoys perusing the archives for historical nuggets about the college. He cares about campus sustainability issues, and he’s also a passionate member of the Programming Board for Fall and Spring Fest, bringing professional musical artists to campus to perform.

Oxy has opened up a wide range of opportunities and introduced a lot of new ideas, he says.

“Oxy broadens your sense of who and where you could be. As a college student, what your next role in life could be is so uncertain, but Oxy gives you the tools to learn about things and consider options you never would have considered.”