Geology major Ian Van Dusen is always seeking hands-on opportunities to learn and do research. And to him, the traditional classroom only takes you so far. 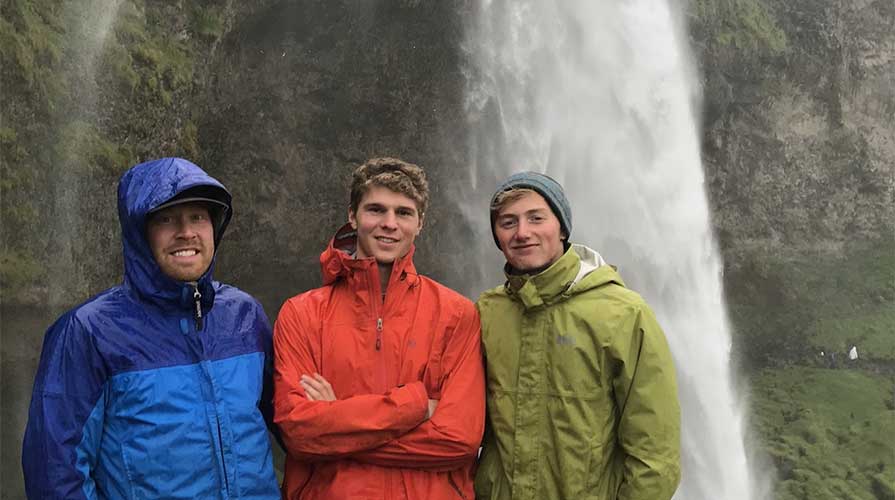 In my geology classes at Oxy we are always learning about how the world is actively changing around us, so from the get-go I was determined to seek out field trip and research opportunities. It was surprisingly easy to get involved and I quickly began doing research with Professor Darren Larsen. Here I was able to build on what I had learned in his previous classes: “GEO 245: Earth’s Climate Past and Future” and “GEO 315: Sedimentary Geology.”

This all led up to a ten-day research trip to Iceland early in June, 2018, where Professor Larsen, fellow student Samuel Sachs ’21 and I studied the active soil erosion occurring in the central highlands. Our ultimate goal was to discover the driving force behind the rapid desertification of Iceland and pinpoint the exact time period when this phenomenon began. By the end of the trip we had begun mapping the extent of the soil erosion to demonstrate how anthropogenic activities, such as the introduction of grazing livestock, are the catalyst for this phenomenon.

Since we were only there for a short amount of time, we got right to work, driving straight to the field site from the airport. We were there around the time of the summer solstice so it was light 24 hours a day and we were able to work around the clock, which was both exhausting and exhilarating. Over the first week of the trip, we dug 7 full soil sections, each containing the last 12,000 years of time. We found a lake that we later learned has never dried up and sampled roughly 6m of mud that also covered the last 12,000 years of time. 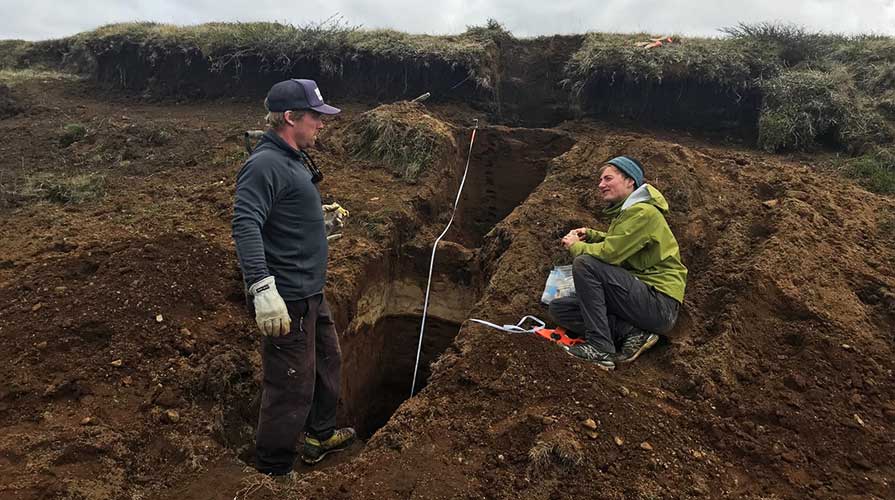 In order to begin answering our research questions, we needed to have a historical understanding of the highlands. Being able to get involved with research so easily on campus and how well it paired with our classes throughout the previous semester gave us the background we needed for the trip. We learned that since the last glacial period in Iceland, around 12,000 years ago when ice covered the entire central part of the island, the geological record relating to this project was found in 2 places, the soils and lake sediments (a geological record is the history of the last 12,000 years of geologic activity occurring in Iceland). 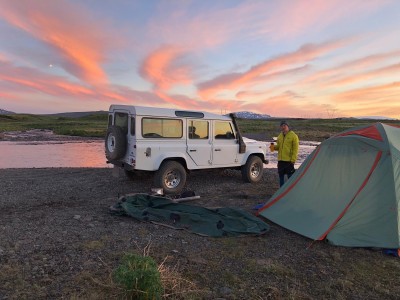 In addition to completing our scientific goals for the trip, we were able to see some of Iceland’s breathtaking waterfalls and vistas that were near our field location. We were in the country for 12 days in total, and surprisingly interacted with very few locals as we camped each night in the highlands, where there are very few inhabitants. It turned out that during the World Cup almost 15 percent of the entire population had gone to Russia to watch the Icelandic team compete!

In the coming months back at Occidental, we will evaluate our samples and run numerous tests such as calculating bulk density, percentage of organic content and magnetic susceptibility to pinpoint the time period of soil erosion. If our hypothesis is indeed correct, we will have a clear link between the anthropogenic livestock introduction and the soil erosion phenomenon! Overall, this field mission was an extreme success and also couldn’t have been possible without the help from fellow student Lori Berberian ’20, who will continue to work on the project back at Occidental. I’m incredibly thankful for the ASP International Travel Grant I received from Oxy to fund the project, the research opportunities I am so easily able to make the most of, and will continue to work on the soil erosion project for the remainder of my time at Occidental.
Photo captions:
1) From left: Professor Darren Larsen, Sam Sachs ’21 and Ian Van Dusen ’20, enjoying a marvelous Icelandic waterfall.
2) Larsen and Van Dusen sharing a thought while digging a soil section in the highlands. The large section of light colored tephra is distinctive of the Hekla 4 Volcanic Eruption.
3) Iceland at night during midsummer.