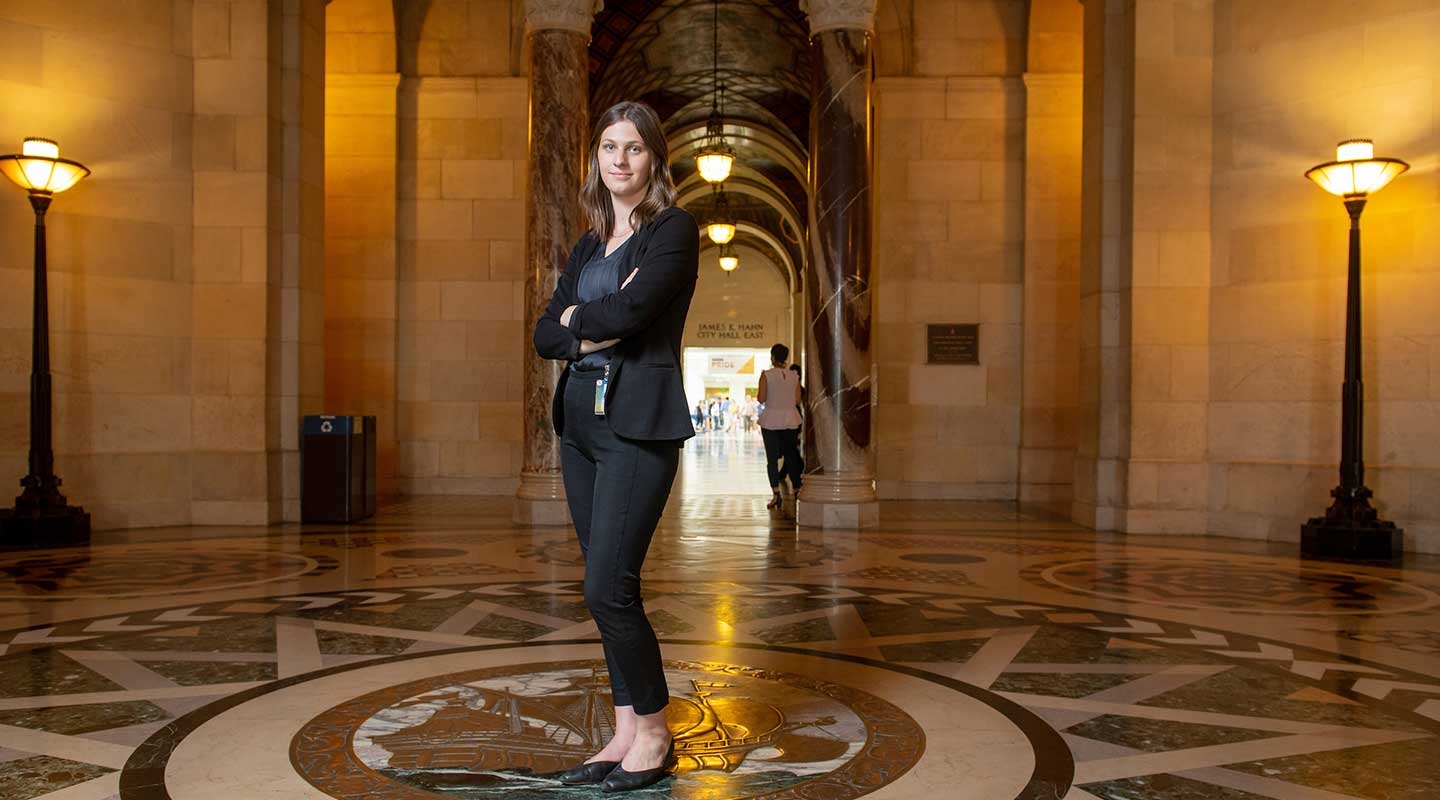 Madeline Hill has found a collaborative community of students and faculty at Occidental to support her academic career and post-grad goals.

This summer, she delved further into her L.A. surroundings through the Hameetman Career Center's InternLA program. As an urban and environmental policy major, she took an internship at City Hall and gained experience in the political world while working to improve conditions for the disenfranchised.

After I got my admission decisions, I visited Oxy and sat in on a class on Shakespeare. I've always attended large public schools and it was a very different classroom experience. The women in the class were having a spirited debate about the subject, and it was an experience I hadn't had prior to coming here. We didn't have the time and space for that at my high school. I didn't understand that a small classroom was a space to grow and be challenged, and it's why I decided to come to Oxy. The other thing I didn't expect is the collaboration between students. If you're on the first floor of the library at night, it's like an open gate, you're basically going to have to answer someone's homework question. I am really glad that I've had the opportunity to work with so many other smart and driven people. And the sunshine is amazing. 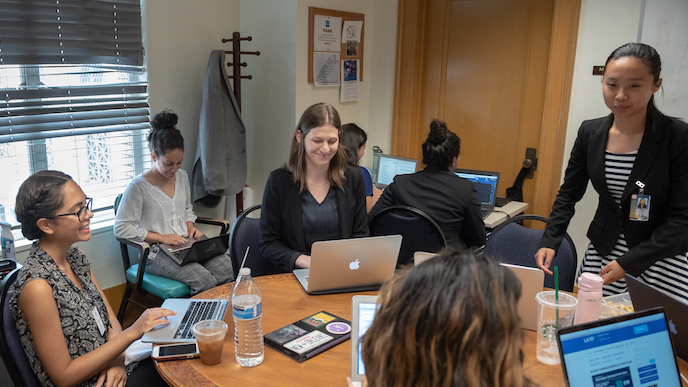 Making the Most of Office Hours

I came in as an art history major, and that wasn't really for me. I became interested in the urban & environmental policy (UEP) program through my passion for environmental justice, but since then, I've loved learning about urban politics. The first UEP professor I had is now my adviser, and it's amazing to know I can contact her for a meeting at any time. She is so accessible, and she knows me personally, not just my academic interests, which is really nice. When I was looking for internships earlier this year, I told her I had a “career crush" on a certain company, and she emailed a contact she had there on the spot with a great recommendation. It was awesome to have that connection within the faculty. Sometimes professors are into their research or personal pursuits and I think that sets Oxy professors apart: they are really involved in the academic careers of their students—I've especially noticed that within the UEP department, and that's not the case at every college.

In previous years, I had friends who participated in InternLA and I knew about all the summer options through Oxy. InternLA posts about 40 positions and before students apply, the Career Center hosts a resume-building workshop and a cover-letter workshop. They were helpful in getting me thinking about the whole process before applications were due. Being a UEP major, it's helpful that a lot of the internships available are at nonprofits, where funding is really limited. This summer, two positions were in the mayor's office, and I pushed myself to apply to both of them because I wanted experience with both politics and a government agency.  I got an interview for one of the internships I applied to and I was able to touch on all of my UEP coursework and research. In that department, we learn a lot about Los Angeles politics, so I was comfortable conversing about that, which I think really set me apart. 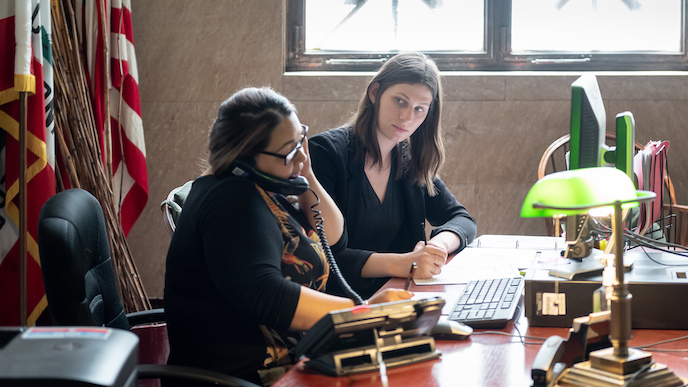 Summer in the City

Working in the mayor's office is different every day. It's a big team of interns, which has been a  great component of the job and has allowed me to network with a lot of like-minded students who go to school all over the country. We've been doing a lot of community organizing and working on the homelessness crisis, building community support for housing, which is something I've been passionate about and worked on previously through a UEP internship. Since City Hall is working more aggressively than ever to combat the crisis and is in a state of emergency, it's an all-hands-on-deck environment. It's an exciting time to be a part of that.