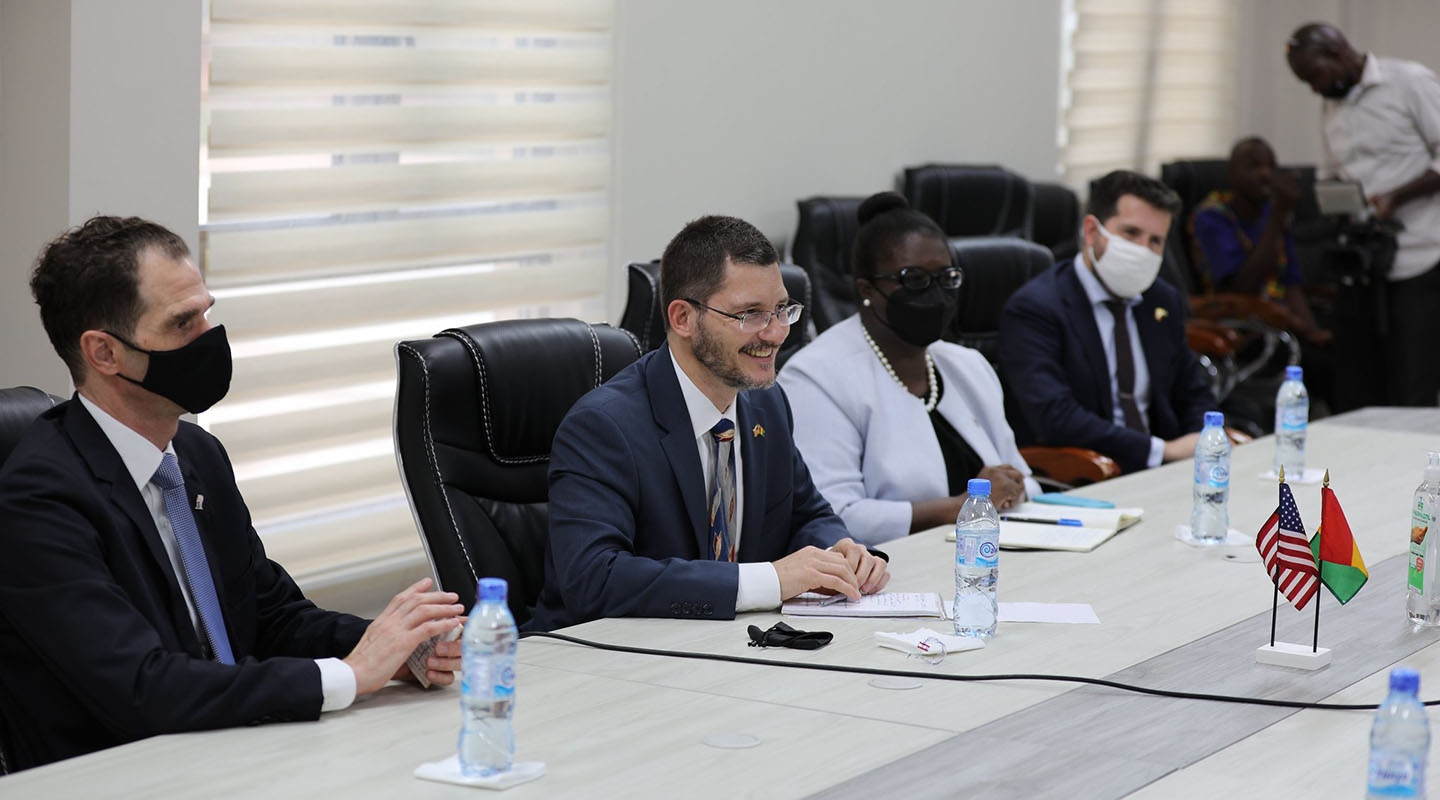 Michael was appointed by President Joe Biden as ambassador to Zambia, building on a long, dedicated career in foreign service and development work in Africa.

The first time Michael Gonzales ’96 set foot in Zambia, he was an Oxy student hitchhiking through the country en route to see ancient ruins in Zimbabwe. He was in Africa through Oxy’s Richter Grant program, doing independent research on education reform in Namibia. Little did he know then that 27 years later he would be named U.S. ambassador to Zambia.

Sworn in after a yearlong selection and confirmation process, Michael will relocate to Zambia with his wife Carol, a foreign service officer with the U.S. Agency for International Development (USAID), and 12-year-old daughter Hailey (his 16-year-old, Robin, is attending highschool in the U.S.). In Zambia, Michael will oversee everything that the executive branch of the U.S. government engages on in-country. This includes the nearly half a billion dollars that the U.S. provides annually to the country in development and humanitarian assistance.

Many who enter the foreign service have the desire of one day becoming an ambassador. I was certainly one of those—even before I showed up on campus at Oxy.

“Many who enter the foreign service have the desire of one day becoming an ambassador,” he says. “I was certainly one of those—even before I showed up on campus at Oxy. I’m just tickled that the State Department and the president have decided to entrust me with this position.”

In 2021, Zambia had a remarkable presidential election in which opposition leader Hakainde Hichilema won with a solid majority after five failed runs. The new president is making all the right commitments in terms of democracy, accountability and an enabling environment for the private sector, says Michael.

“These are issues I’ve spent my entire career focused on. It’s been a wonderful year watching Zambia’s renaissance and now having the chance to go out there myself and lead the U.S. government’s contribution to it is really fantastic.” 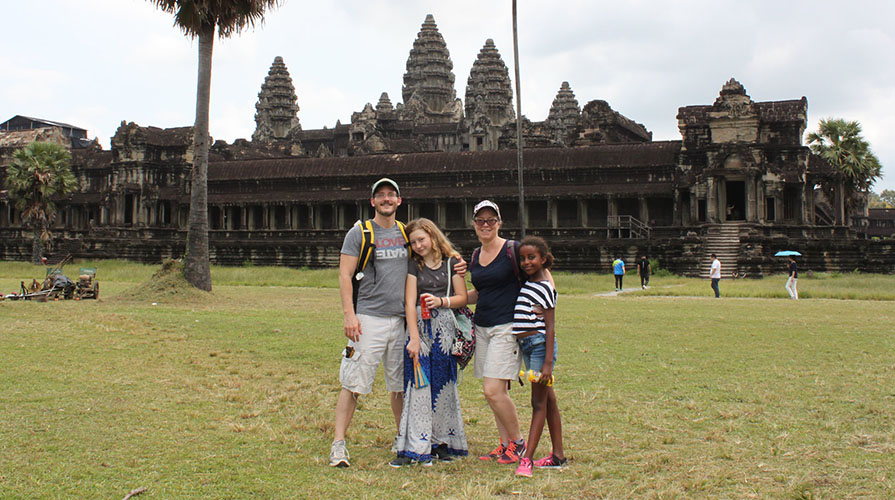 Michael served most recently in the Bureau of African Affairs, where his portfolio covered West Africa and the Sahel Region. Before that he was the director for analysis of Africa in the State Department’s Bureau of Intelligence and Research. A career member of the Senior Foreign Service with the rank of minister-counselor, Michael previously served as deputy chief of mission and chargé d’affaires, ad interim, at the U.S. embassies in Kathmandu, Nepal and Lilongwe, Malawi.

It’s great to be smart about things, but there are going to be failures. The important thing is to take the smart risks and recognize when we make mistakes, and hold ourselves and others accountable so we can learn from them and move on.

When asked what his guiding values are in his work, he responds without hesitation: intelligence, integrity, and humility.

“In order to promote and advance the interests of our nation one has to set aside egos, assumptions and really be analytical, thoughtful and intentional,” he says. “It’s great to be smart about things, but there are going to be failures. The important thing is to take the smart risks and recognize when we make mistakes, and hold ourselves and others accountable so we can learn from them and move on.”

Although no one in his family had traveled overseas or done any international work (his father was a piano tuner and his mother a bartender), Michael developed an interest in the global sphere early on, spending his junior year of highschool living with a family in Madrid, Spain as an AFS student. “But Oxy was really the place that opened my eyes to the formal professional environment,” he says. 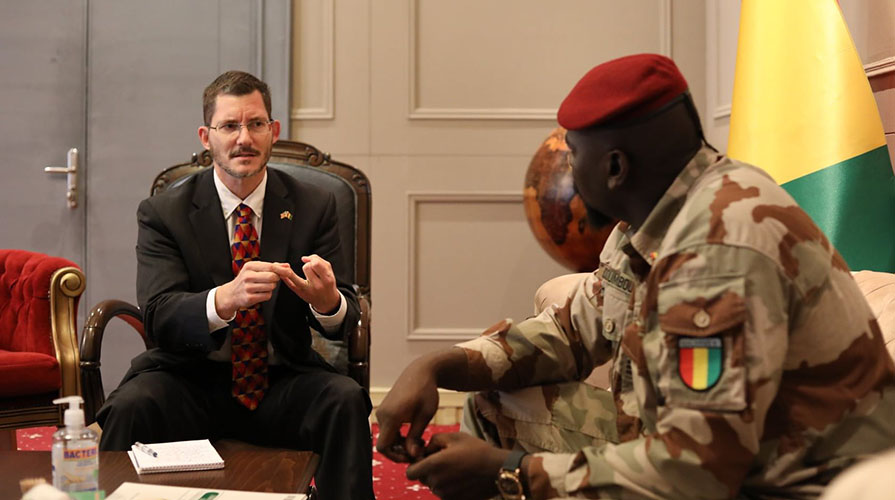 A first-generation college student, Michael majored in Diplomacy & World Affairs (DWA) with an African Studies emphasis. As a participant in the Oxy-at-the-UN Program, he interned for the secretary of the UN security council and the Africa II Division of the Department of Political Affairs. He said the DWA department had an incredible impact on him, and he recalls mentors like Larry Caldwell, Cecil H. and Louise Gamble Professor Emeritus in Political Science and Jane Jaquette, Bertha Harton Orr Emerita Professor in the Liberal Arts. Professor Emeritus of History Brice Harris shared his extensive experiences in Africa with his students, which also made a lasting impression.

Michael’s fundamental message to the Oxy community is one of gratitude. A scholarship student, he says there was no way he could have attended college without the generosity of those who took a leap of faith in him and invested in him, offering such incredible opportunities.

“Now that I’ve gotten through to the other side of professional success, I’m doing everything I can to help pay that forward to those who come behind me. I heard a great quote: ‘at this point in your career it’s no longer what you gather but what you scatter.’ I’m very mindful of that.”

Top image caption: Michael acts as the head of delegation holding formal bilateral talks with Guinea’s transition Foreign Minister in December 2021, just two months after the military toppled the Government of Guinea. To the left sits Audu Besmer ’91, the Charge d’Affaires of the U.S. Embassy in Guinea at the time.