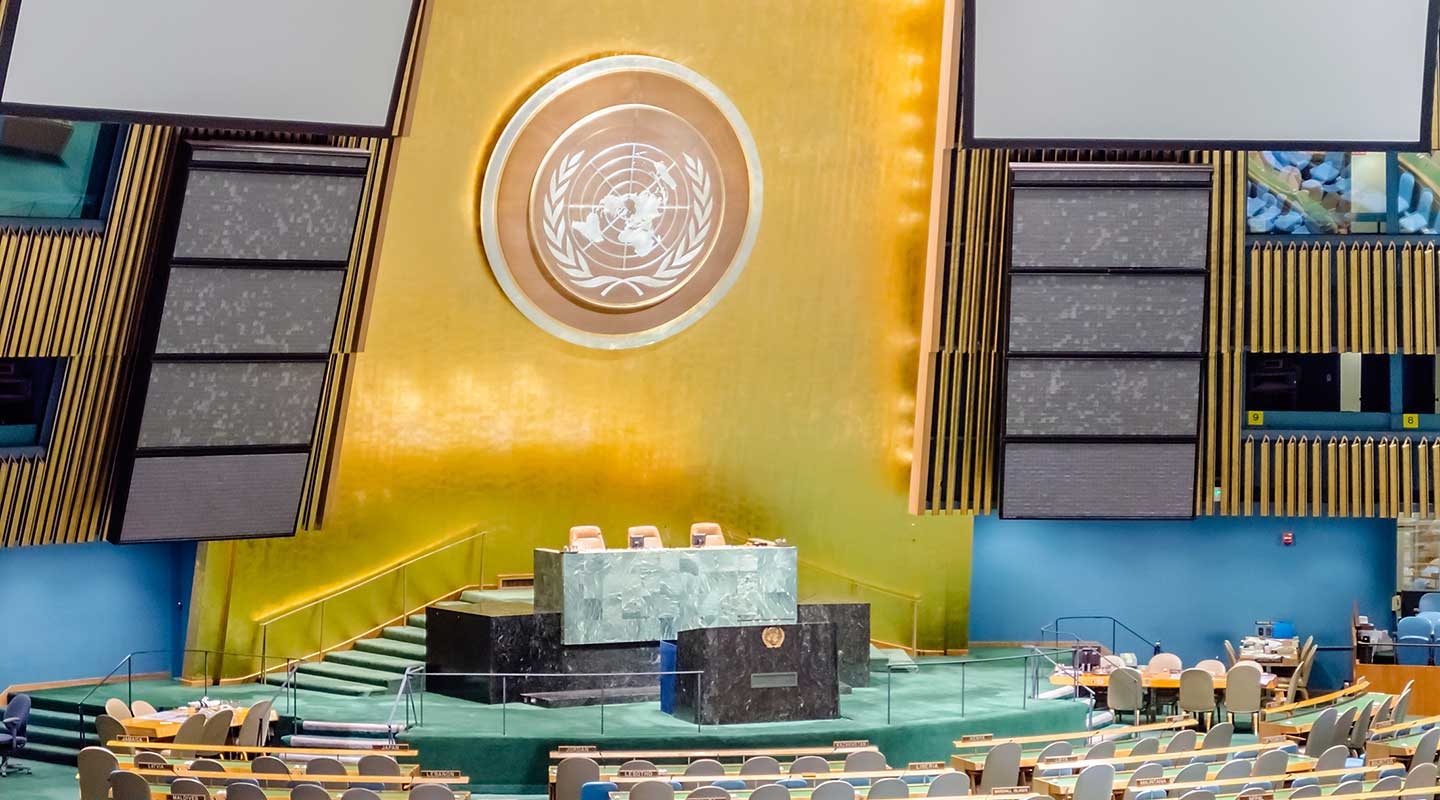 Oxy at the UN

The Oxy-at-the-U.N. Program is the largest program sponsored by Kahane, and Occidental is proud to sponsor the only full-time residential program available at the United Nations.

Student interviews and blogs document the impact of the Oxy-at-the-U.N. Program under the guidance of director Douglas Gardner.

Two academic courses, including the academic internship and speakers series:

No portion of Oxy-at-the-U.N. may be taken Credit/No Credit.

Students live in shared double rooms at the 92Y Residence on the upper east side, 3 blocks from Central Park and near local transportation.

You will be billed with the following:

You will not be billed for:

September 21 to 25 – No class, full participation in UN General Assembly

Occidental College reserves the right to modify the program based on a variety of circumstances, including health and safety concerns and educational outcomes.

Douglas Gardner is the on-site faculty director of Oxy-at-the-U.N. He brings expertise garnered through 30 years of service around the globe in the United Nations Development Programme (UNDP).  Most recently he served as the New York-based UNDP deputy assistant administrator, focusing on policy development and implementation within UNDP’s 136 offices worldwide. His career as a field-based development practitioner started as a Peace Corps volunteer in Burkina Faso and included UNDP posts in Cambodia, the Ukraine, and Mongolia.  Contact:  dgardner@oxy.edu

A native of France, Jacques Fomerand studied law and graduated in political science from the Institut d'Etudes Politiques in Aix en Provence. He completed his graduate studies at the City University of New York where he earned a Ph.D. degree in political science with a specialization in comparative government and international organization. Joining the United Nations in 1977, Professor Fomerand followed economic and social questions in the Office of the Under-Secretary-General of the former Department for International Economic and Social Affairs (DIESA). He was Chief of the Inter-Organizational Co-operation Section of DIESA when he was reassigned to the United Nations University in 1992.  Contact:  jfomerand@oxy.edu

The faculty of the Diplomacy and World Affairs department is an invaluable resource about the academic requirements and content of the Oxy-at-the-U.N. Program. In partnership with the DWA department, Marisa Grover Mofford in the International Programs Office coordinates the administrative aspects of the program, including the application process, pre-departure information, and on-site vendor communications. Contact: mofford@oxy.edu

More than 400 Oxy students have participated in the Kahane Oxy-at-the-U.N.program since it was founded by Professor George Sherry in 1986. Students intern in an agency or related organization to the United Nations or a foreign mission to the U.N., and are firsthand observers of major events on the international agenda. It is a fast-moving experience, challenging students to combine internship responsibilities with the related course work.

Established in 1945, the United Nations continues to deal with the new and ongoing challenges of security and development in the 21st-century context of globalization and unprecedented technological change. While some of the world's population has benefitted from these transformations, parts of the developing world continue to lag behind. The search for ways to narrow this gap is at the heart of the work of the United Nations as students arrive here each fall.

In September 2010, Occidental President Jonathan Veitch announced a $500,000 lead gift from Occidental trustee Bill Kahane '70 and his wife, Elizabeth, toward a permanent endowment for the program.  In April 2014, the Kahane's further pledged $5.5 million to endow the program.  This generous support not only provides a permanent endowment for the program, but it will also increase student scholarship support, give students greater access to cultural offerings in New York, support student travel to Washington, D.C., and make it possible to bring U.N. programming back to the Occidental campus.