At Oxy, Princess realized that as a lawyer she could support social movements she was passionate about. Now, having graduated from law school, she is making that goal a reality. 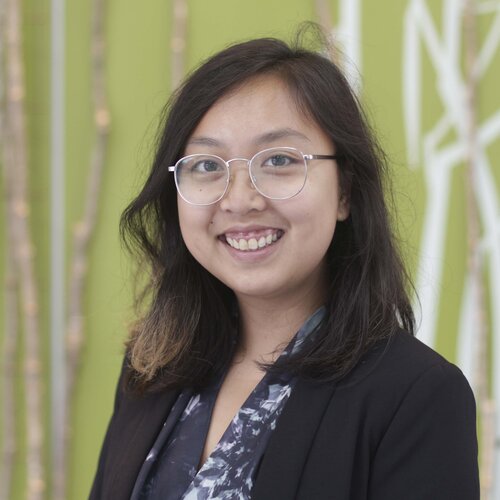 Since second grade, Masilungan knew she wanted to be a lawyer.

“My teacher asked us to draw what we wanted to do as a career. And I literally drew myself at a desk with a nameplate that said attorney on it,” Masilungan recalls.

But it wasn’t until the Los Angeles native came to Oxy that she realized that the work of a lawyer could be so much more than what happens behind a desk or in a courtroom. Masilungan’s Diplomacy & World Affairs major introduced her to Professor Movindri Reddy, whom she credits for exposing her to anti-imperialism work and the many forms of state-sanctioned violence. Danielle Dirks, former assistant professor of sociology, introduced Masilungan to the “U.S. criminal injustice system” and the concept of prison abolition. Masilungan drew on these learnings throughout law school and now in her career as an attorney.

During her time at Oxy, there was a national push for organizing around protecting Title IX, a law stating that no one in the U.S. can be discriminated against on the basis of sex at any educational program or activity receiving federal funding. Masilungan and her classmates readily joined the movement.

“I credit my peers for their fearless organizing, because I think it taught me that sometimes enacting really meaningful change means being uncomfortable,” Masilungan reflects.

With the foundation and inspiration gained at Oxy, Masilungan went on to attend the City University of New York (CUNY) School of Law. While at CUNY, she joined Creating Law Enforcement Accountability and Responsibility (CLEAR), a legal practice that offers free legal representation and support to Muslim, Black, Arab, South Asian and other clients, communities, and movements that are targeted by the government under the guise of “national security” and “counterterrorism,” as a student attorney. Masilungan wanted to return to CLEAR on a full-time basis after graduating from law school, and she joined the team as a staff attorney in 2019.

“What brought me back primarily was an appreciation for the care and fearlessness with which CLEAR fights against the government’s “national security counterterrorism apparatus,” and how it works on behalf of clients and communities,” she says.

Since she joined the staff at CLEAR, Masilungan had the opportunity to help prepare for a case, Tanvir v. Tanzin, that was argued at The U.S. Supreme Court. This case began when CLEAR staff and students identified patterns of Muslim men who came to them as clients because they were put on the no fly list by the FBI in retribution for not agreeing to be informants.

Along with the Center for Constitutional Rights and the law firm Debevoise and Plimpton, LLP, CLEAR initially brought the suit to district court to challenge the actions of the FBI as a tactic of coercion. The suit aimed to get their clients removed from the no fly list as well as monetary compensation for the harm they experienced. In the end, Ramzi Kassem, the director of CLEAR, argued the case at the Supreme Court in 2020 and won. CLEAR’s team is now seeking monetary compensation for their clients in district court.

“Playing a more supporting role in this case was really exciting, seeing it all come together and everyone stepping up,” Masilungan says. “It was such a team effort.”

Another experience that stands out to Masilungan is co-authoring a report that CLEAR published with the Movement for Black Lives called “Struggle for Power: the ongoing persecution of Black movement by the U.S. government.” The article does a deep dive into the unprecedented response from the federal government to the Summer 2020 racial justice uprising. This publication stands out to Masilungan because it “finally put hard numbers to what Black activists and organizers on the ground have been saying and have known intuitively for years.” She adds that to her knowledge, this report is the most extensive research on federal arrests and prosecution of protesters involved in the 2020 uprising.

Overall, her work at CLEAR has made Masilungan realize the importance of democratizing the law.

“It’s crucial that the law isn’t only in the hands of a few, but everyone knows what their rights are and that these rights can actually be realized on the ground.”