Ruby Ferehawk came to Occidental as a transfer student and loves the close-knit community of students and professors she’s discovered here. Now she’s exploring career options through the InternLA program. 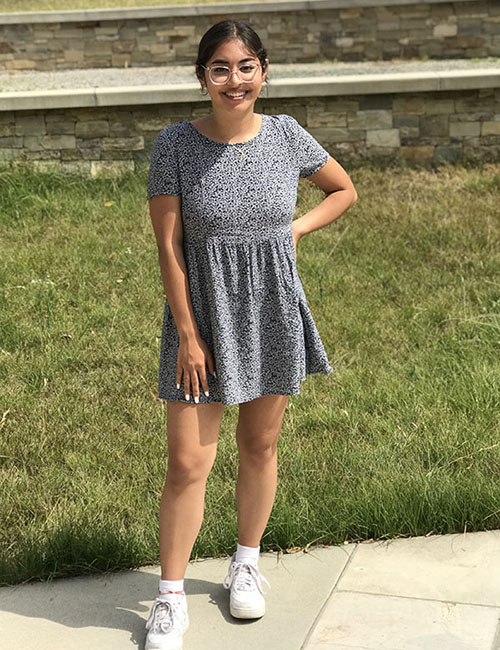 After venturing to the midwest for her first year of college, Ruby returned to her hometown of Los Angeles to continue her academic career. As a math major in a traditionally male-dominated STEM world, she appreciates Oxy’s smaller, more supportive campus community. The approachability of faculty members in the department allow her to be proactive when it comes to seeking resources and opportunities.

“Whether I need to study for my midterm or I don’t understand a topic, my professors have open office hours for me, so I go and they answer my questions. I get to hang out, and sometimes there’s cake!”

This proactive attitude kickstarted Ruby’s participation in the Hameetman Career Center’s InternLA program. As a tour guide and Orientation team leader for fellow transfer students, she was already familiar with the Career Center’s many offerings. This familiarity coupled with her enthusiasm for setting up meetings on campus gave Ruby a headstart in building career skills as a student.

“I love this place,” she says about the Career Center. “Their big program is InternLA, it’s the mother lode of what you can get out of the Career Center. They have 40 to 60 organizations that have pledged to have an Oxy intern for the summer. Then the Career Center gives you all the training to prepare you to apply, including a resume workshop and an interview workshop.”

With a number of jobs already on her resume, Ruby figured she’d be a shoo-in. “And then [the Career Center] was like, ‘you need to change everything.’ So now I’m like the resume queen.”

I really wanted to push myself out of my comfort zone and just be an intern, to learn the most that I could about working in an office environment and a nonprofit.

Once she was ready to apply, Ruby knew one thing: she didn’t want this internship experience to center around math and her typical routine.

“I really wanted to push myself out of my comfort zone and just be an intern, to learn the most that I could about working in an office environment and a nonprofit.” She found the space to do so at Brave New Films, a social justice film nonprofit that seeks to inspire and empower civic participation, where she spent 10 weeks as a development intern providing foundational and donor research.

While initially thinking that numbers wouldn’t be part of the job, Ruby found that math is inescapable in most workplaces. 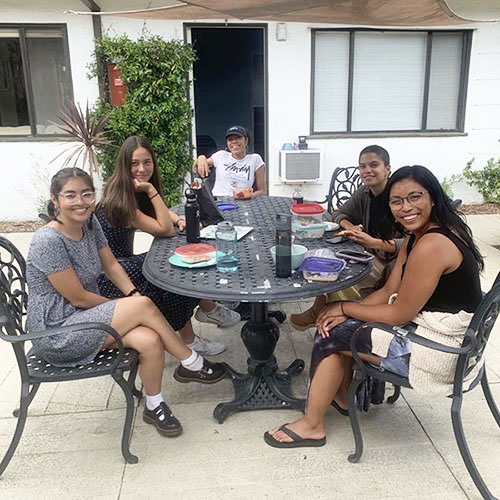 “In a nonprofit setting, you’re fundraising and a lot of what I did was organizing the database, which is basically data science.” Understanding the language of databases gave her the chance to apply her math background and organizational skills to her work. Along with the data science, she picked up a new niche skill from the nonprofit sector: grant writing.

“I did a ton of research basically, researching foundations and potential donors. It was interesting and I had a really good boss; the two of us were the whole development team.”

While fundraising may not be Ruby’s newfound calling (on the docket right now: urban planning, hence a newly added minor in urban & environmental policy), the internship was a welcome opportunity to get familiar with working in an office, while advocating for issues she cares about. Another bonus: “all of the other interns were Oxy students.” Launched in 2013, InternLA has gained a solid reputation for placing interns among reputable institutions. This process is aided by the readily available resources on campus, Ruby says, from Career Services to faculty mentorship. “There are resources at Oxy and if you just put in the work, you’ll make opportunities happen.”

Next up on Ruby’s meeting schedule: Orientation Team, where she’ll lead the incoming group of transfer students. “We grow to be so tight and we love being transfer students at Oxy. There’s a unique transfer program here.” She has even been inspired to begin planning a Transfer Student Union to create a dedicated space for this special community to thrive.