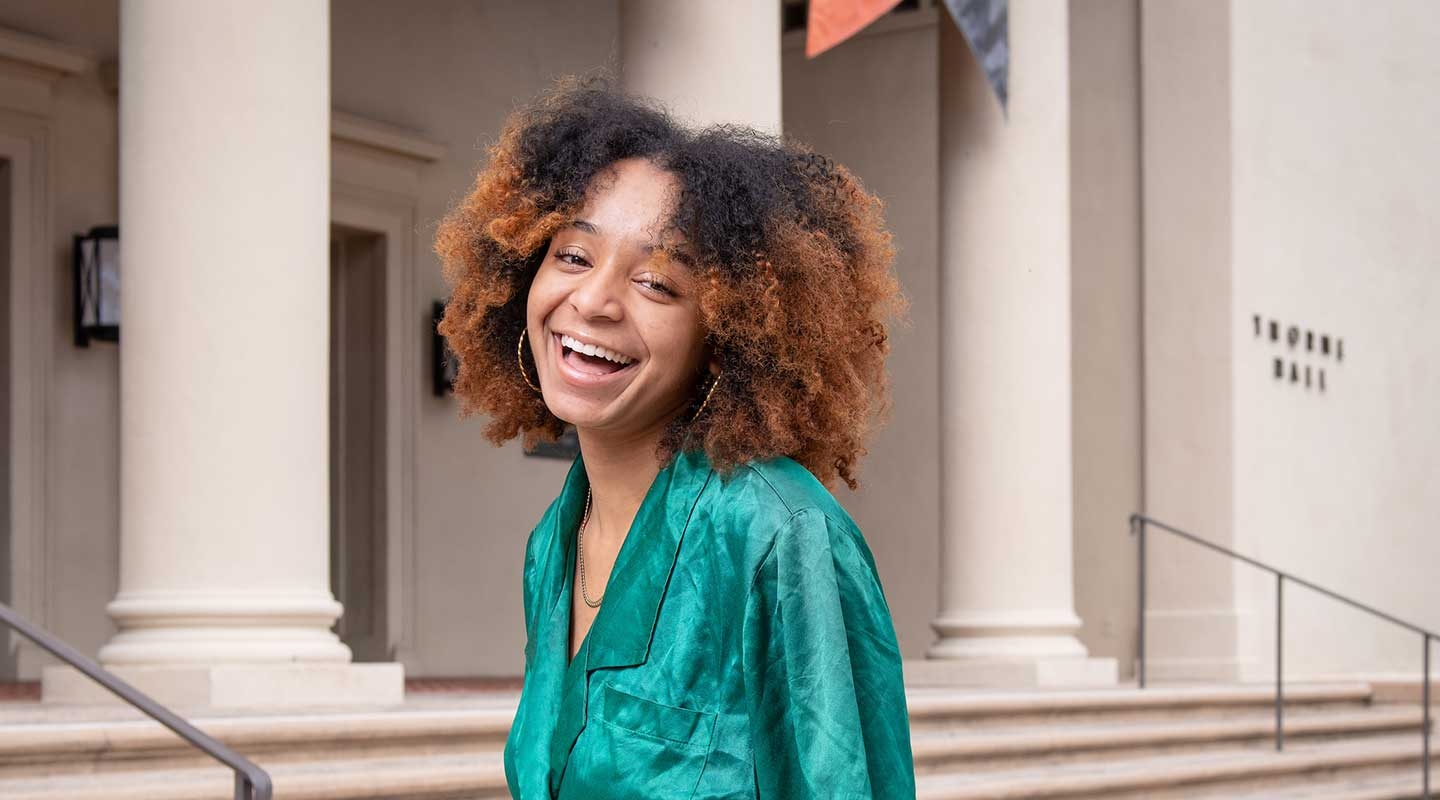 A seasoned performer, Sophia Brown has nurtured a musical career as a singer, guitarist and flutist. But her experiences at Oxy have helped ignite a twin passion for theater.

Sophia Brown comes from a long line of musical family members, starting with her great-great grandmother, Omega King. A soprano with the National Negro Opera Company, King was one of the first black opera singers to perform in Aïda and La Traviata.

“My grandfather was a multi-instrumental jazz musician, so my mom grew up around music her whole life and played the flute,” Brown says. “She always encouraged me to do music—she wanted me to continue the legacy because she thought it was so beautiful.”

Brown, who grew up in Oakland, Calif., got a scholarship to participate in the Young Musicians Program from fifth grade through her first year of high school. The intensive program offered classical training and theory classes. As a high school student, she sang, played guitar and flute as the leader of an all-girl band called Sisters Keeper, regulars in the Oakland music scene. 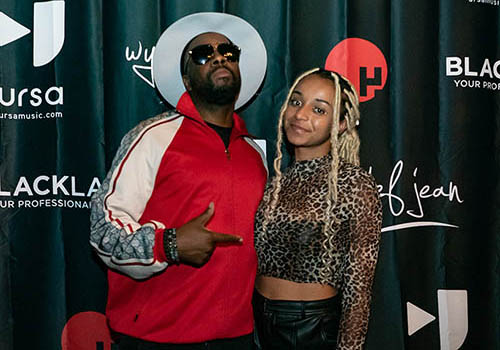 Today Brown records and produces music as an individual artist, using the stage name Phern. And she’s definitely getting noticed. She was recently selected from a pool of hundreds of young musicians to sing on a new Wyclef Jean album. Following that honor, she was invited to perform with Jean on one of the mainstages at the South by Southwest Festival (SXSW) on March 15.

“It was my first time attending and performing at SXSW and I couldn’t have asked for a better experience,” she says. “I have learned so much from working with Wyclef and Heads Music! The experience has not only motivated and encouraged me to push harder but also connected me to some really awesome new artists that deserve to be recognized.”

For college, Brown was eager to enter a smaller academic environment after years of attending large public schools. Taking part in the Multicultural Visit Program made her decision to come to Occidental easy, she said.

“The people here are really what drew me, the faculty were so nice to me and just brought me right in.”

At Oxy, Brown has been able to spread her wings creatively. Her experiences in the theater department during her first year made her realize how much she loved acting—enough to declare a major and devote up to 20 hours a week to play rehearsals. She is working to balance her love for acting and music. 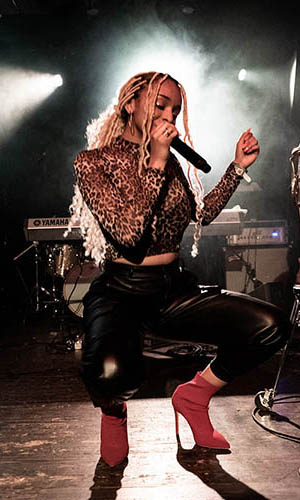 “People are like, ‘Which one do you want to do?’ and I think, ‘Why choose one or the other?’ I feel like they can go together, acting and music go hand-in-hand.”

Brown is also striking a balance academically through her public health minor. Some of the scientific aspects of the subject can be challenging, she admits, but she likes a challenge.

“Being able to juggle both disciplines motivates me to keep going, knowing that it’s possible for me to really focus and tackle these two very different subjects.”

Brown has been active with the Black Student Alliance on campus, performing at open mic nights and its annual talent showcase, Apollo Night. She has also leveraged Oxy’s location in Los Angeles, working as a development intern at the Grammy Museum through Oxy’s InternLA program. She made some good connections there, she said, and made sure to get a photo for her mother when she met The Temptations.

Brown says her adviser, Assistant Professor of Theater Sarah Kozinn, has offered invaluable guidance and motivation to explore the full creative possibilities of the discipline. Brown appreciates the personalized attention and close connections with faculty, a big part of the reason she chose a small liberal arts school like Oxy.

“Getting to know my professors and my directors, talking with them one-on-one and knowing that they remember my name at the end of it is irreplaceable.”

You can listen to Phern on SoundCloud, Spotify, iTunes and YouTube.