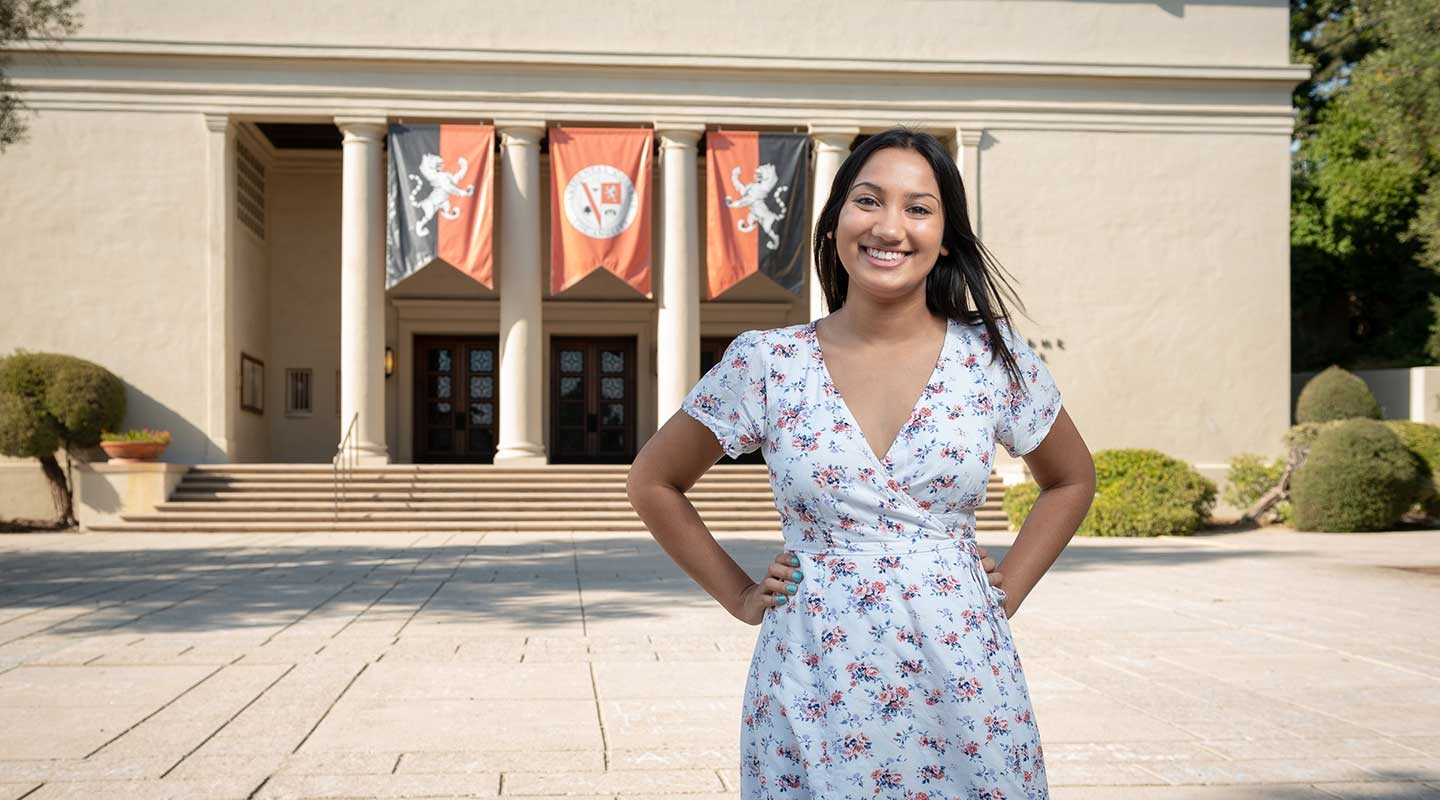 Diving into opportunities on campus since her first year at Oxy is giving Wafa Abedin a new perspective on how the College runs, as well as a chance to be a voice in steering its future.

As a member of student government, Wafa is learning the ins and outs of governing and supporting the student body. The diplomacy and world affairs major/economics minor shares what she’s hoping to improve on campus and some of the unique opportunities she’s discovered at Oxy.

All the Way from Walla Walla

My family ended up in Walla Walla, Wash., after my mom got her first job as a professor at Whitman College. She is originally from Bangladesh and moved to Missoula, Mont., to get her Ph.D. Throughout my whole childhood, I grew up in a liberal arts environment as she was studying, doing research and then teaching. I’m accustomed to the liberal arts environment and that was something I didn't want to change when it would actually be me who was in class.

Like most people, I discovered Oxy through its academic reputation. I knew that I wanted to move out of a smaller city that didn't have a lot of diversity to more of a metropolitan city where I could be exposed to things that I had never really had been exposed to before. I decided on Oxy not just because of its academic reputation, but also because the academic programs aren’t confined to classes on campus. Things like Campaign Semester and Oxy-at-the-U.N., those non-traditional study abroad programs, were very attractive to me. Many students can have a study abroad experience, but not everyone can say that they've worked at the United Nations while they were in college. So it being at a liberal arts college and having these incredible opportunities that you might not get if you were at another school that really drew me here.

Before arriving at Oxy, I was already strongly considering a diplomacy and world affairs major, a politics major or a group language major. I guess it has a lot to do with my small-town background; my educational curriculum was very conservative and there wasn’t much diversity there. These subjects were something I wanted to learn more about, and after having done some traveling, I knew that I was definitely interested in pursuing those studies in college. When I went on the campus tour, I walked into Johnson Hall and all of those departments were housed within that building—it was all of my interests combined! I knew I wanted to come to Oxy. 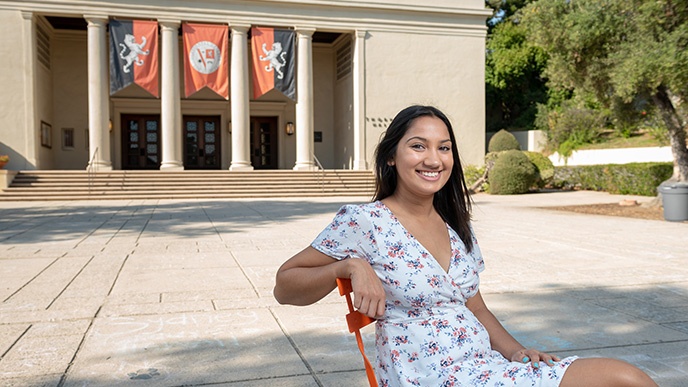 During high school, I was in student government for one year, so I had a little experience with that coming into Oxy. I wasn’t sure how to get involved when I arrived here and thought the best way to learn more about the school was to put myself right in the middle of it. And so I ran for first-year senator during my first semester, and I lost because there were a ton of people running. The opportunity came up again second semester and I thought, “Why not?” I won that time, and wasn't sure what to expect. I didn't think it would be like high school and that proved to be true. Within student senate, or ASOC, you actually have real decision-making power and your actions have a direct impact on the student body.

I was compelled to run again my sophomore year [as vice president of internal affairs] because of a constitutional review project we had begun, which I thought was something that I needed to be a part of again. It felt very important to me and for the rest of the student body. Being part of senate makes me very, very busy, but I definitely enjoy it. We have a weekly meeting and I also run a committee where we work specifically on internal affairs with other senators. I lead a Constitutional Commission committee that brings people from across the branches together to work on the constitution, and I’m on the Vice President of External Affairs committee, where we're working on redesigning the ASOC website and how we present information. From week to week, you can see the impact that it has on the student body.

Finding a Place on Campus

After getting involved in literally everything I could as a first-year, I’ve been able to narrow down what I’m really interested in, which includes working with the DWA department, student senate, peer advising at the Writing Center and the Students for Justice in Palestine group. I also joined an advisory committee for the Campus Safety department, because I wanted to work on a plan to more strategically place blue lights around campus. Blue lights are posts that have a light and a phone, so when you’re walking around and feel unsafe for any reason, you can reach help by pushing a button on the blue light post.

I think just by going all in and narrowing it down what you’re really passionate about helps you find people that have similar interests, but also those with diverse opinions, which I think is very valuable to expose yourself to, especially when you're trying to learn.