Sarah Traiger - Kelp forests and climate change: how do kelp communities respond to and shape their environment? | Occidental College

Sarah Traiger - Kelp forests and climate change: how do kelp communities respond to and shape their environment? 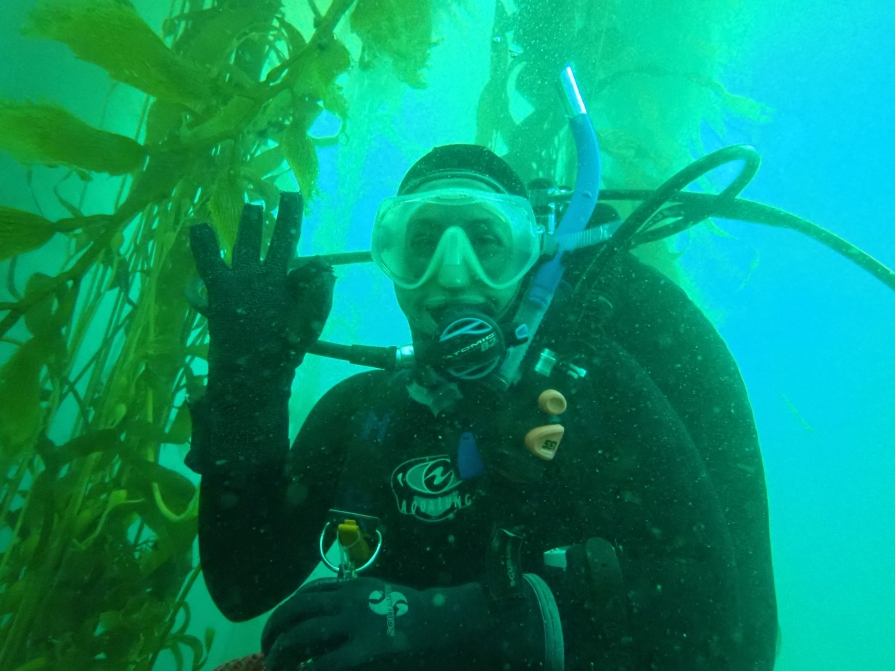 The Fall 2019 Biology Seminar Series continues with Sarah Traiger's talk, "Kelp forests and climate change: how do kelp communities respond to and shape their environment?"

Kelp forests and climate change: how do kelp communities respond to and shape their environment?

Kelp forests are affected by top-down and bottom-up factors, which are changing due to human and climate-related impacts. Biogeochemical conditions are shifting with climate change, with expected decreases in pH and dissolved oxygen (DO) concentrations. The giant kelp, Macrocystis pyrifera, may locally increase DO and pH due to their large, productive canopy, which also alters hydrodynamic conditions. My research examines how kelp forest communities change with environmental conditions and how the kelp forest community itself alters the surrounding environment in ways that could mitigate the local effects of climate change. In Alaska I investigated the influence of glacial discharge on recruitment and early community development by monitoring benthic sessile algae and invertebrates on cleared rocks across a glacial gradient along with various physical and biological parameters. I found that sites upstream from glacial discharge had higher kelp recruitment than downstream sites, and that up to 72% of the variation in community development was related to mobile invertebrates and kelp in the surrounding community. I also explored whether patterns in the recruitment of the dominant canopy kelp, Nereocystis luetkeana and the subcanopy kelp, Saccharina latissima were a result of dispersal limitation or failure to grow to macroscopic size. I found that glacial melt conditions did not affect the fecundity of either species, but sedimentation affected survival and competition. My current work is examining the contributions of the kelp canopy and phytoplankton to biogeochemical variability in surface waters. Moorings with DO and temperature sensors were deployed inside and outside of two kelp forest sites during the summers of 2018 and 2019. Moorings were paired with twice-weekly discrete samples of dissolved inorganic carbon. Samples for particulate organic carbon (POC), chlorophyll, and phytoplankton community composition were collected twice-weekly, and kelp growth was measured weekly. Diel variation in surface oxygen was greater in the kelp forest than at offshore sites, with oxygen increasing during the day and decreasing at night. Phytoplankton community composition and chlorophyll a concentrations were similar among sites but changed over the course of the summer. The upper few meters of the water column were usually more thermally stratified within the kelp forest than outside. This is likely due to the presence of the canopy increasing water residence time and reducing turbulent mixing, which allows more time for warming as well as for kelp to modify surface biogeochemistry. The combination of the kelp canopy productivity and its physical structure may play an important role in surface biogeochemical variability.