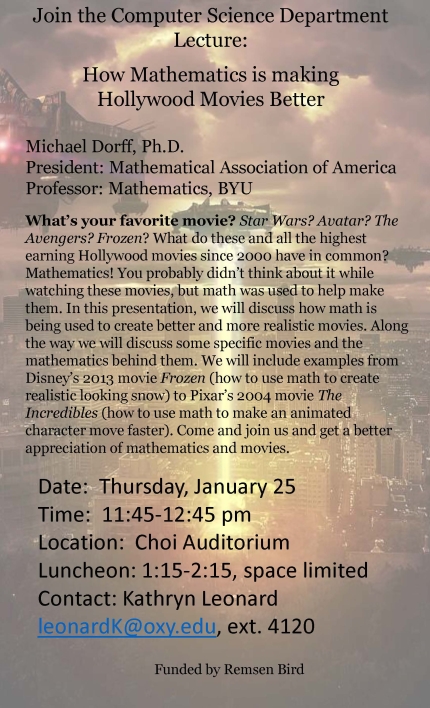 What’s your favorite movie? Star Wars? Avatar? The Avengers? Frozen? What do these and all the highest earning Hollywood movies since 2000 have in common? Mathematics! You probably didn’t think about it while watching these movies, but math was used to help make them. In this presentation, we will discuss how math is being used to create better and more realistic movies. Along the way we will discuss some specific movies and the mathematics behind them. We will include examples from Disney’s 2013 movie Frozen (how to use math to create realistic looking snow) to Pixar’s 2004 movie The Incredibles (how to use math to make an animated character move faster). Come and join us and get a better appreciation of mathematics and movies.