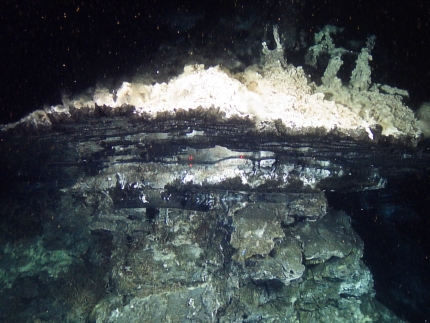 On the previously leg of the expedition, geologists discovered this area in the Pescadero Basin and noted how different it seemed to the surrounding communities 100 miles away at 21N latitude.  We were mesmerized by the first feature we spotted – a large pagoda-like structure with upside down hot waterfalls pouring out from the sides and reflecting pools of hot water versus cold water trapped just under the flanges.  We attempted to sample the structure but it crumbled as the manipulator grabbed for it. We collected two different species of vestimentiferan tubeworms, including the famous Riftia pachytpila, which was dwarfed in numbers by the millions of other smaller Oasisia worms.  We sampled several of these worm clumps to determine whether they house the same bacterial symbionts inside of their tissues, and hoped to also collect the smaller animals associated with them, including other polychaete worms, anemones, and sea spiders.  For microbiology, we sampled a thick grey bacterial mat that was slightly warmer than the surrounding sediments at 6 degrees C, likely influenced by the nearby venting that we measured to be 55 degrees C. Bacterial mats were expansive (60 m across) and surrounded the main active venting site, which was ~ 10 m across and 15 m high.  It was mother nature’s bulls-eye of chemosynthetic life forms in the deep-sea.  These animal and bacterial communities do not rely on the sun for energy, but rather use the toxic chemicals flowing in hot water from deep inside the Earth. A truly remarkable ecosystem.

Excitingly, we also shrank styrofoam heads and cups. Organisms in the deep-sea are under tremendous pressure, which can be best illustrated by sending styrofoam via the submersible to the seafloor. See the attached image of two previously life sized heads designed by Oxy students that were compressed today by the extreme pressure at 3500 m depth. 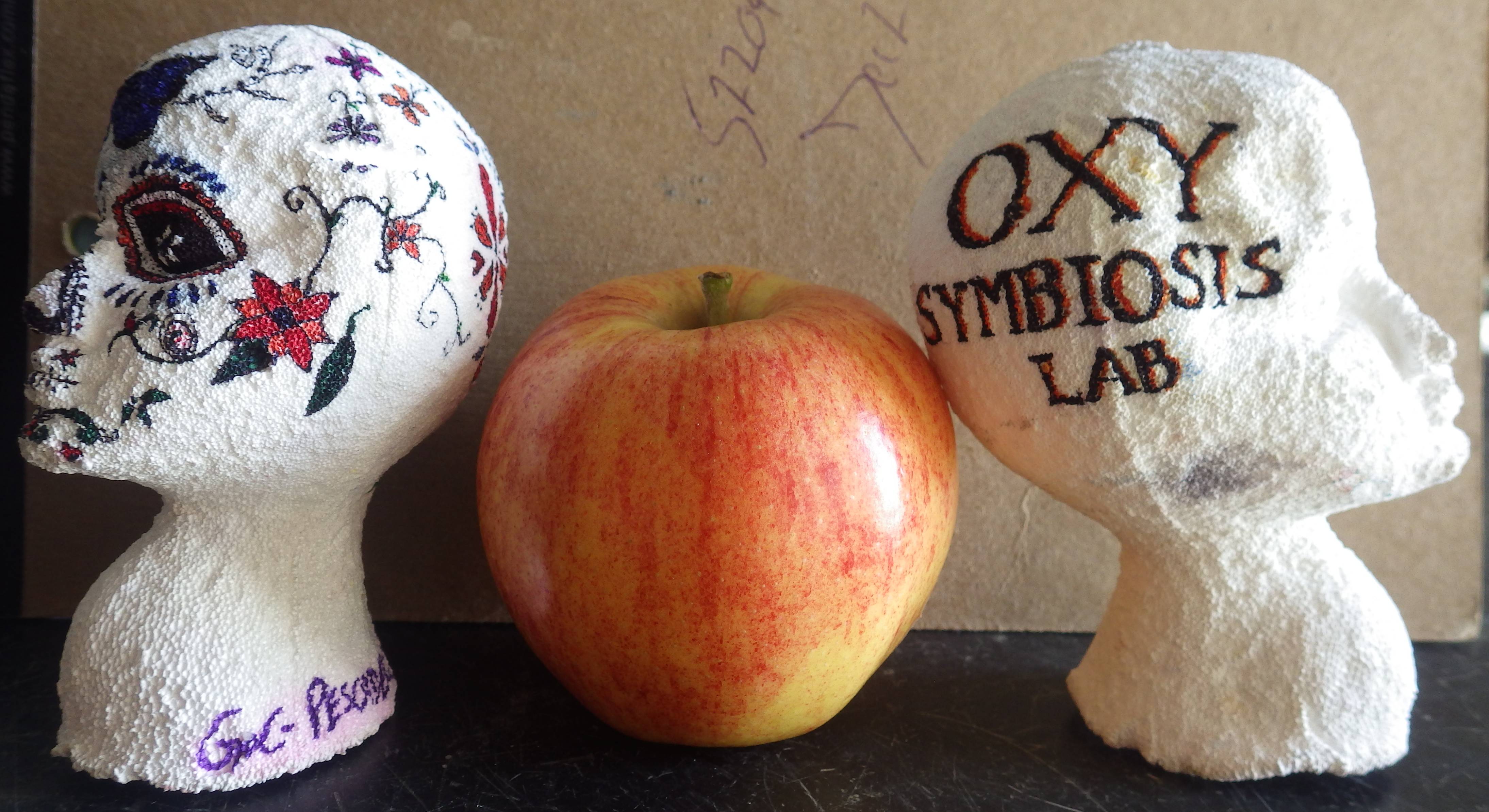