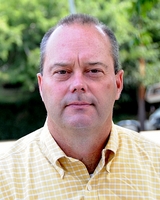 William Deverell is Professor of History at the University of Southern California and Director of the Huntington-USC Institute on California and the West. Professor Deverell's research concentrates on the history of the 19th and 20th century American West, and he has written extensively on the history of Los Angeles. His publications include Whitewashed Adobe: The Rise of Los Angeles and the Remaking of its Mexican Past, which examines the historical relationship between the growth of Los Angeles and Southern California's complex history of racial and ethnic conflict and accommodation, and Land of Sunshine: The Environmental History of Metropolitan Los Angeles, a collection of essays which he co-edited with Greg Hise.

William Deverell: "A City and Its River: The LA River Over Time and Space" from Occidental CDLR on Vimeo. 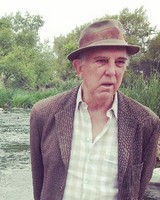 Lewis MacAdams is a poet, journalist, filmmaker, political activist, and the co-founder of the Friends of the Los Angeles River (FoLAR), a non-proft organization that MacAdams has described as a “40 Year Art Work" to bring the river back to life through revitalization and education. FoLAR leads the annual river clean up and has been a vital player in efforts to reclaim the river and develop more open, green space. In addition to his environment work, MacAdams has published more than a dozen books, including several collections of poetry and a cultural history entitled Birth of Cool: Beat, Bebop, and the American Avant-Garde. 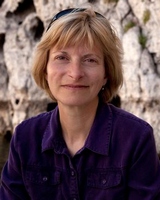 Sandra Postel directs the independent Global Water Policy Project, and lectures, writes and consults on global water issues. In 2010 she was appointed Freshwater Fellow of the National Geographic Society, where she serves as lead water expert for the Society’s freshwater efforts.  Sandra is co-creator of Change the Course, the national freshwater conservation and restoration campaign. A leading authority and prolific author on international water issues, she has written more than 100 articles for popular and scholarly publications and is the author of several books, including Pillar of Sand: Can the Irrigation Miracle Last? and of Last Oasis: Facing Water Scarcity. In addition, she is the host of National Geographic’s Water Currents blog.

Sandra Postel - Our Freshwater Future: Adapting to a Water-stressed World from Occidental CDLR on Vimeo.

Pat Mulroy oversees the operations of the Las Vegas Valley Water District, which serves more than 340,000 customers, and the Southern Nevada Water Authority, which is responsible for acquiring, treating and delivering water to local agencies that collectively serve 2 million residents and nearly 40 million annual visitors. Mulroy was a principal architect of the Authority, which has allowed Southern Nevada to not only weather the stresses of growth, but also one of the worst droughts to befall the Colorado River. As general manager of one of the country’s most progressive water agencies, Mulroy is exceptionally active in regional and national water issues. Her honors include National Jewish Medical and Research Center’s Humanitarian Award, the University and Community College System of Nevada Board of Regents’ Distinguished Nevadan Award, and the Education Hero Award from the Public Education Foundation.

Dr. Arunabha Ghosh is CEO of the Council on Energy, Environment and Water (CEEW), an independent policy research institution in India. With experience in more than thirty countries, he advises governments, industry, and civil society around the world. Ghosh holds a doctorate and M.Phil. in International Relations, as well as an M.A. in Philosophy, Politics and Economics from Oxford. He lives in Gurgaon, India, and speaks English, Hindi, Bengali, and basic Spanish. Dr. Ghosh has published numerous reports and has presented to heads of state, India’s Parliament, the European Parliament, Brazil’s Senate, and other legislatures. In 2006 he collaborated with Jay-Z on a documentary about the water crisis in Africa entitled Water for Life. The World Economic Forum recently selected him as a Young Global Leader. 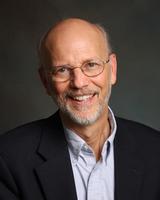 Char Miller is the director of the Environmental Analysis Program at Pomona College and the W. M. Keck Professor of Environmental Analysis. He received his Ph.D. from the Johns Hopkins University and B.A. from Pitzer College. He is author of the award-winning Deep in the Heart of San Antonio: Land and Life in South Texas and Gifford Pinchot and the Making of Modern Environmentalism and is editor of the companion volumes Water in the 21st-Century West and River Basins of the American West.  Most recently, Miller published On the Edge: Water, Immigration, and Politics in the Southwest (2013) and Seeking the Greatest Good: The Conservation Legacy of Gifford Pinchot (2013) as well as the co-authored Death Valley National Park: A History (2013). Miller is a regular contributor of essays, commentary, and reviews to professional journals, newspapers, and online media; his blog, Golden Green, explores environmental issues in California and the West for KCET.org.