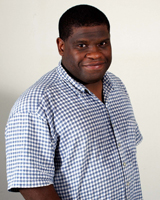 Gary Younge is an author, broadcaster, and award-winning columnist for The Guardian. He also writes a monthly column, Beneath the Radar, for the Nation magazine and is the Alfred Knobler Fellow for the Nation Institute. Born in Hertfordshire, England, to Barbadian parents, Younge grew up in Stevenage until he went to teach English at the age of 17 at a United Nations Eritrean refugee school in Sudan with Project Trust. On his return he went to Heriot Watt University in Edinburgh where he studied French and Russian. Younge is the author of four books, including Who Are We—And Should It Matter in the 21st Century?, Stranger in a Strange Land: Encounters in the Disunited States, and No Place Like Home: A Black Briton’s Journey Through the American South. His most recent work, The Speech: The Story of Behind Martin Luther King Jr.’s Dream, was selected as Occidental College’s First Year Summer Reading for 2014. Since 2011 Younge has been based in Chicago. 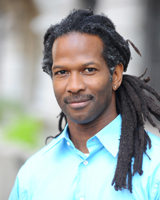 Carl Hart is an associate professor in the departments of psychology and psychiatry at Columbia University. He is also a research scientist in the Division of Substance Abuse at the New York State Psychiatric Institute; a member of the National Advisory Council on Drug Abuse; and serves on the board of directors of the College on Problems of Drug Dependence and the Drug Policy Alliance. He is the author of High Price: A Neuroscientist’s Journey of Self-Discovery that Challenges Everything You Know about Drugs and Society, the winner of the 2014 PEN/E. O. Wilson Literary Science Writing Award. 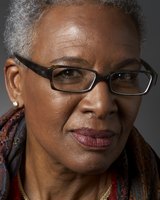 Nell Irvin Painter is the Edwards Professor of American History, Emerita, Princeton University. In addition to her earned doctorate in history from Harvard University, she has received honorary doctorates from Wesleyan, Dartmouth, SUNY-New Paltz, and Yale. A Fellow of the American Academy of Arts and Sciences, Nell Painter has also held fellowships from the Guggenheim Foundation, the National Endowment for the Humanities, the American Council of Learned Societies, and the American Antiquarian Society. A prolific and award-winning scholar, her most recent books are The History of White People, Creating Black Americans, and Southern History Across the Color Line. As a public intellectual, Professor Painter is frequently called upon for lectures and interviews on television and film. 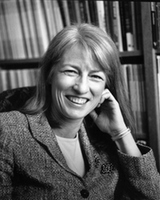 Kathryn Sikkink is the Ryan Family Professor of Human Rights Policy at Harvard’s Kennedy School of Government and the Carol K. Pforzheimer Professor at the Radcliffe Institute for Advanced Study. Sikkink works on international norms and institutions, transnational advocacy networks, the impact of human rights law and policies, and transitional justice.  Her publications include The Justice Cascade: How Human Rights Prosecutions are Changing World Politics (winner of the Robert F. Kennedy Book Award) and Mixed Signals: U.S. Human Rights Policy and Latin America. Sikkink has been a Fulbright Scholar in Argentina and a Guggenheim fellow. She is a member of the American Philosophical Society, the American Academy of Arts and Sciences and the Council on Foreign Relations, and a member of the editorial boards of the International Studies Quarterly, International Organization, and the American Political Science Review. 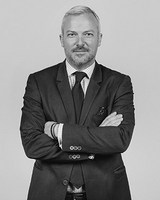 E. Benjaimin Skinner is an award-winning author and journalist who has been studying the U.S. and global political economies, specializing in modern-day slavery. In researching his book A Crime So Monstrous: Face to Face with Modern-Day Slavery (Free Press, 2008), he observed the negotiations for the sale of human beings on four continents. His articles and investigations have appeared in such outlets as Time, Newsweek International, The Los Angeles Times, The Miami Herald, Foreign Affairs, Foreign Policy, and on ABC's Nightline, where one of his book's chapters was adapted into an Emmy-award-winning episode, "How to Buy a Child in Ten Hours."

Skinner served on the World Economic Forum's Global Agenda Council on Illicit Trade. He has served as Special Assistant to Ambassador Richard Holbrooke and as Research Associate for U.S. Foreign Policy at the Council on Foreign Relations. Skinner frequently appears on national networks including ABC, CBS, CNN, C-Span, Fox, NBC, PBS, CNN, as well as international and local networks. 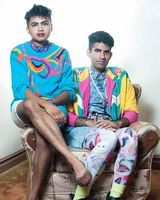 DARKMATTER is a trans south asian performance art duo comprised of Alok Vaid-Menon and Janani Balasubramanian. Based in New York City, DarkMatter regularly performs to sold-out houses at venues like La MaMa Experimental Theater, Nuyorican Poets Café, and the Asian American Writer’s Workshop. DarkMatter was recently part of the Public Theater’s Under the Radar Festival as well as the Queer International Arts Festival. Known for their quirky aesthetic and political panache, DarkMatter has been invited to perform at stages and universities across the world.