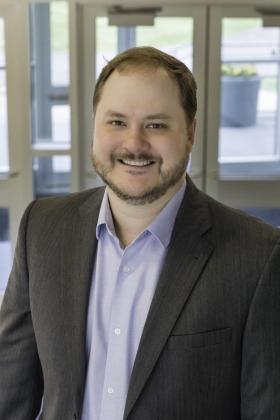 Hailing originally from Owensboro, Kentucky, Stephen Cabell (b. 1984) is a Los Angeles-based composer of engaging and arrestingly wrought music that attempts to grab the listener from the very first moments and never let go. His artistic mission is directed at writing music that can be understood and appreciated by both casual and expert listeners. Drawing on a rich background of classical and popular music, and inspired by visual art, literature, and other art forms, Stephen has forged a distinctive musical voice through a body of work that spans orchestral, band, chamber, vocal, and film.

Stephen thrives on interactions with students in classroom and private settings. Stephen is currently serving as an Adjunct Professor of Music Theory at Occidental College and is a Lecturer of Aural Skills at Chapman University. In the summers, he serves dually as composition faculty and program coordinator at the Mostly Modern Festival. He was previously on the faculty of the Atlantic Music Festival Composition Program from 2009-2016. From 2011-2015, he taught ear training and theory at Manhattan School of Music Precollege and held a position on the theory and composition faculty at the Kaufman Music Center in New York City.

He studied with Christopher Rouse at The Juilliard School (M.M.) and with Jennifer Higdon and Richard Danielpour at the Curtis Institute of Music (B.M.). Currently, he is completing his D.M.A. at the University of Southern California, where he studied with Andrew Norman and Sean Friar.