This year’s seniors had anything but a traditional final year of college. But as they receive their diplomas, members of the Class of 2021 to share their reflections and memories of four years at Oxy. 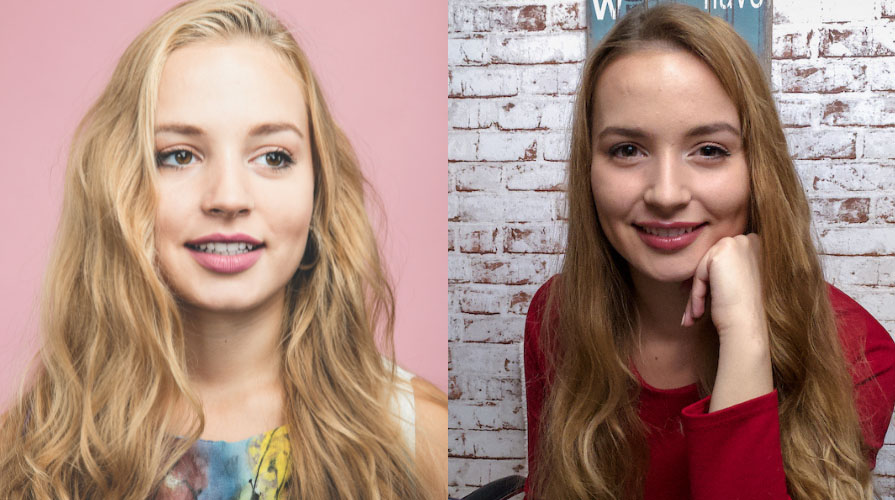 After a long flight from Belgrade, Serbia, international student Nina Srdić Hadži-Nešić quickly began to find her home at Oxy. Staff and fellow students provided support right off the bat, offering everything from help navigating campus to bed linens when her after-hours arrival created an obstacle in setting up her room. “I knew right then that Oxy would be a welcoming community,” she recalls.

As a double major in Diplomacy & World Affairs and theater, Nina found numerous lenses through which she could see and analyze the world and its structures of power. Classes like “Human Rights and Trafficking in Persons” (DWA) and “Justice Performed” (theater) sharpened her critical thinking skills and introduced her to inspiring faculty mentors and peers.

But the academic arena was not the only avenue that facilitated growth for Nina. During the 2019-20 academic year, she faced a global pandemic that disrupted her life as a college student in the U.S. As president of ASOC student government—the primary representative for the student body—she became a key stakeholder and voice in the senior leadership committee that was responding to the crisis at hand. “I have grown the most while serving as ASOC president during some of the most challenging times. I felt it was my responsibility to advocate for students and be there for them,” Nina reflects.

Despite a senior year that transformed many of her experiences, including a virtual Oxy-at-the-UN semester, Nina will take away many lessons and memories from campus, particularly Keck Theater where she had at one point planned to present her senior comps production (you can watch the virtual staging of her one-woman show). Her next step is determining how best to make use of her experience and her passions. “I am considering work in the sphere of international relations or public service and then eventually going to grad school, but I am also drawn to making meaningful theatrical productions as well,” she says. With an Oxy education under her belt, she is ready to take the stage wherever she chooses. 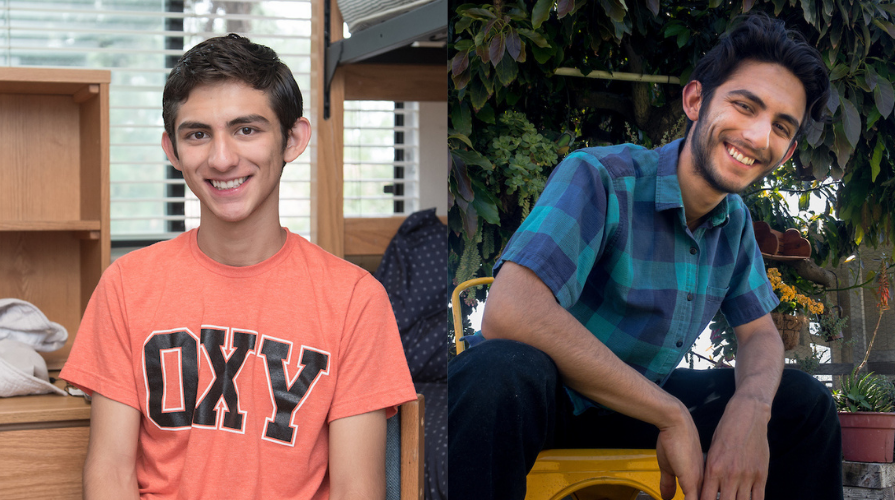 Despite being only 20 miles away from home, Luis Arias ’21 discovered the benefits of a residential college early on. “When you put 2,000 people in one space, interesting people from all over the world, that's the type of thing I value that can’t easily be replicated.” Luis began to make Oxy home as a participant in the Multicultural Summer Institute (MSI) prior to his first fall semester, a “summer camp”-like program with the addition of homework and in-depth conversations on a variety of academic topics.

“Arriving for MSI was more nerve wracking [than fall move-in] because it was completely new, every single person was new,” Luis says. The program introduced him to his first-year roommates and to a more intensive academic environment. It also connected him to his major, Urban & Environmental Policy, after an MSI event with Associate Professor of Urban & Environmental Policy Bhavna Shamasunder (who became his future senior comps advisor).

After an entry-level UEP course his first semester, Luis discovered the breadth of classes he would have the opportunity to take in the department. “As a UEP major, a lot of classes revolve around local politics or grassroots organizing, but classes in other departments like Diplomacy & World Affairs and politics allowed me a more international view. One class on 20th-century Latin American politics was particularly informative.” Luis also took an advanced writing course, where he learned from special guest lecturers and received critiques from his peers. “It helped my writing immensely to flex that creative muscle very purposefully.”

Complementing his academic experience was a four-year job with KOXY, the College’s student-run radio station, where Luis booked artists and produced live events on campus. The experience afforded him the chance to grow professionally with the added benefit of Oxy’s impressive resources at his disposal. “There was a lot of chaos, a lot of last-minute changes and stressful moments, but it was a valuable experience. I met some great people, and I really appreciated it.”

With Commencement nearing, Luis plans to make the short drive to campus for a final—and longed for—moment with the Class of 2021. “The community at Oxy is small and you see a lot of the same people, so sometimes you feel confined. But college is such a particular time and place that isn’t going to return. After being detached from campus due to COVID-19, I’ve noticed how much I appreciate my Oxy experience.” 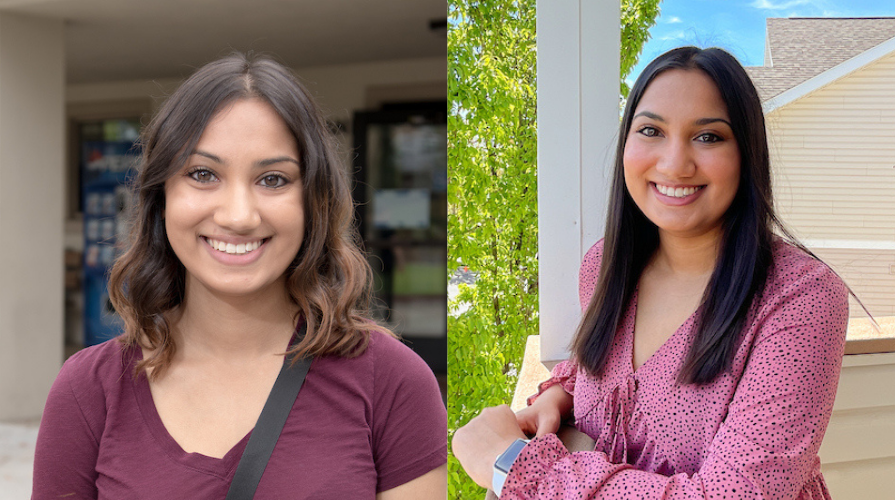 After a three-day road trip from her home in Walla Walla, Washington, Wafa Abedin ’21 was overwhelmed with excitement on move-in day in August 2017. With one too many boxes in tow, Wafa and her mom arrived on campus ready for life’s next chapter. “I was very emotionally prepared to go to college, so it was just pure enthusiasm and joy during move-in,” says Wafa. Excitement made way for some nerves once Welcome Week was over and classes began. College life became real with the adjustment to the classes and coursework that would impact her life.

“In a lot of my classes I was introduced to new concepts that have shaped my viewpoint. The first time I encountered a discourse that didn’t center around U.S. politics and relations was in African Politics with Professor Movindri Reddy.” Greatly inspired by this class, Wafa’s interest in economic and social development has been focused on the continent of Africa.

Beyond diplomacy and world affairs courses, Wafa also developed a passion for economics, incited by “one of the toughest courses in the economics department”—or Econ 250: “Intermediate Microeconomic Theory” taught by Assistant Professor Diana Ngo. With the mentorship of Ngo, Wafa participated in the Undergraduate Research Center’s Summer Research Program doing economics research. She rounded out her academic career by participating in Oxy-at-the-U.N., interning in the Los Angeles Mayor’s Office and serving in ASOC student government.

In the last four years, Wafa also found a home in Oxy’s Writing Center, first as a student in need of support with writing assignments, and since Fall 2018 as a student adviser helping her peers grow as writers. That experience plus guidance from her supervisor, Professor Julie Prebel, led to Wafa’s post-graduation plans.

“I was awarded the NYU Shanghai Global Writing and Speaking Fellowship so I'll be working at NYU Shanghai for a year providing their undergraduate students writing support while working on a scholarship project of my own interest.” Like many alumni before her, Wafa counts the written and verbal communication skills she developed at Oxy as her most valuable takeaway—skills that will take her far in whatever career she chooses.