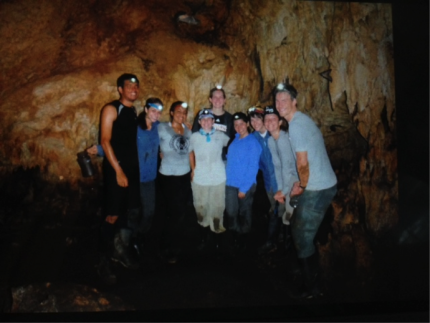 Today half the class began the day with a hike to a couple caves on Isla Colon near Drago Reef while the other half snorkeled and conducted a mini behavioral study. To get to the caves, the group that I was in took a boat to get nearer to the caves. After walking for a bit on an established trail we stepped off the path and walked through some vegetation to the cave entrance, stopping on the way to see a wall of limestone which is old coral that both the caves and the island itself are made of. 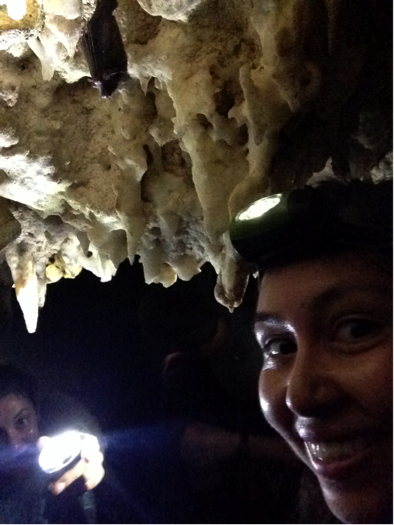 Crawling in the guano and mud, we squeezed through a small opening for about 10 feet until the cave opened up. Bats could be seen roosting and flying all over the place. They flew so close that I could feel the wind from their wings. There were spiny rats and whip tail scorpions in the crevices as well. The limestone formations in the caves were beautiful. 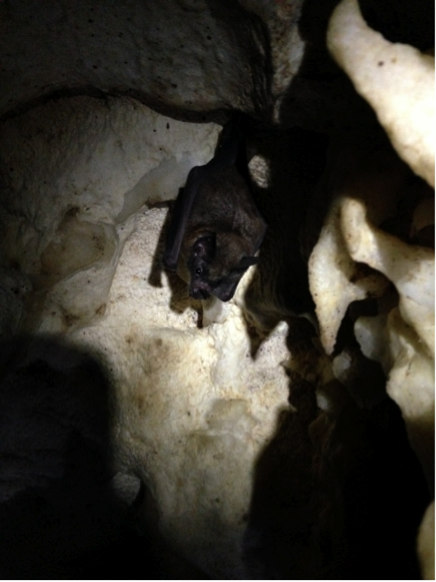 The process of crawling through the guano to get to the caves made the scenery in the caves so much cooler to see. Having conquered any fears of small spaces or getting stuck we all felt accomplished. Yeraldi phrased it well when she said, "I found myself in that cave." Getting in the second cave we explored required butt-sliding on the guano and mud since the ground was slippery. This cave was more fun to go into but was smaller and there weren’t as many bats. After cave exploring we returned to the beach and while waiting for the boat that would take us back, we cleaned the mud off our boots and clothes, relaxed in the water, and looked for shells. On the walk back we saw this cool red, yellow, and green grasshopper. 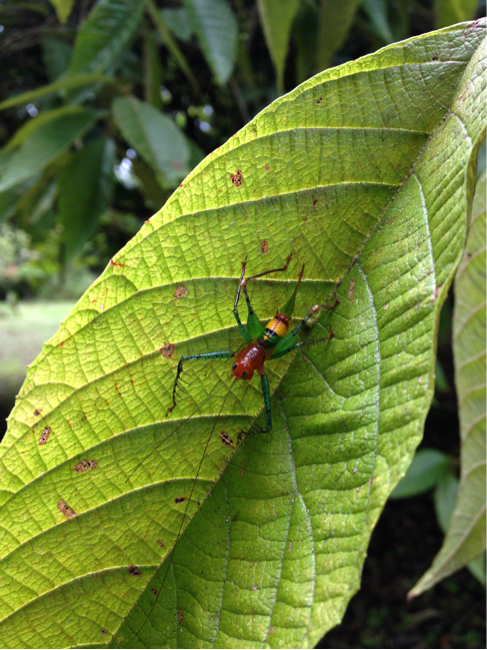 After lunch we went snorkeling in Pete's reef to conduct a mini observational study. Previously my enemy, my rubber boots with water in them are the perfect shoes to walk the trail from the station to the boat since the ground is made of carbonates, a very painful rock. My group is called Team minnows because were all inexperienced in the water like kids who are just learning how to swim. The group consists of biologists interested in plants, birds, medicine, and me, the geologist. We decided to observe the yellow headed jawfish which is a small fish that lives in the sand. It has a hole that it goes in and out.  We each observed and quantified how often several individuals fed, went in and out of their hole, and interacted with other species. Collecting data in the water was difficult. The current would move me away from the individual I was observing and I had to swim back quickly without losing track of the fish. Once out of the water each group made graphs of the data and presented the findings to the class. Then, Juan gave a lecture on the research he did during his master's about a species of tree that has separate female and male Individuals. Prior to this trip I didn't know that type of reproductive system existed in plants and we were all excited to hear about Juan's research.