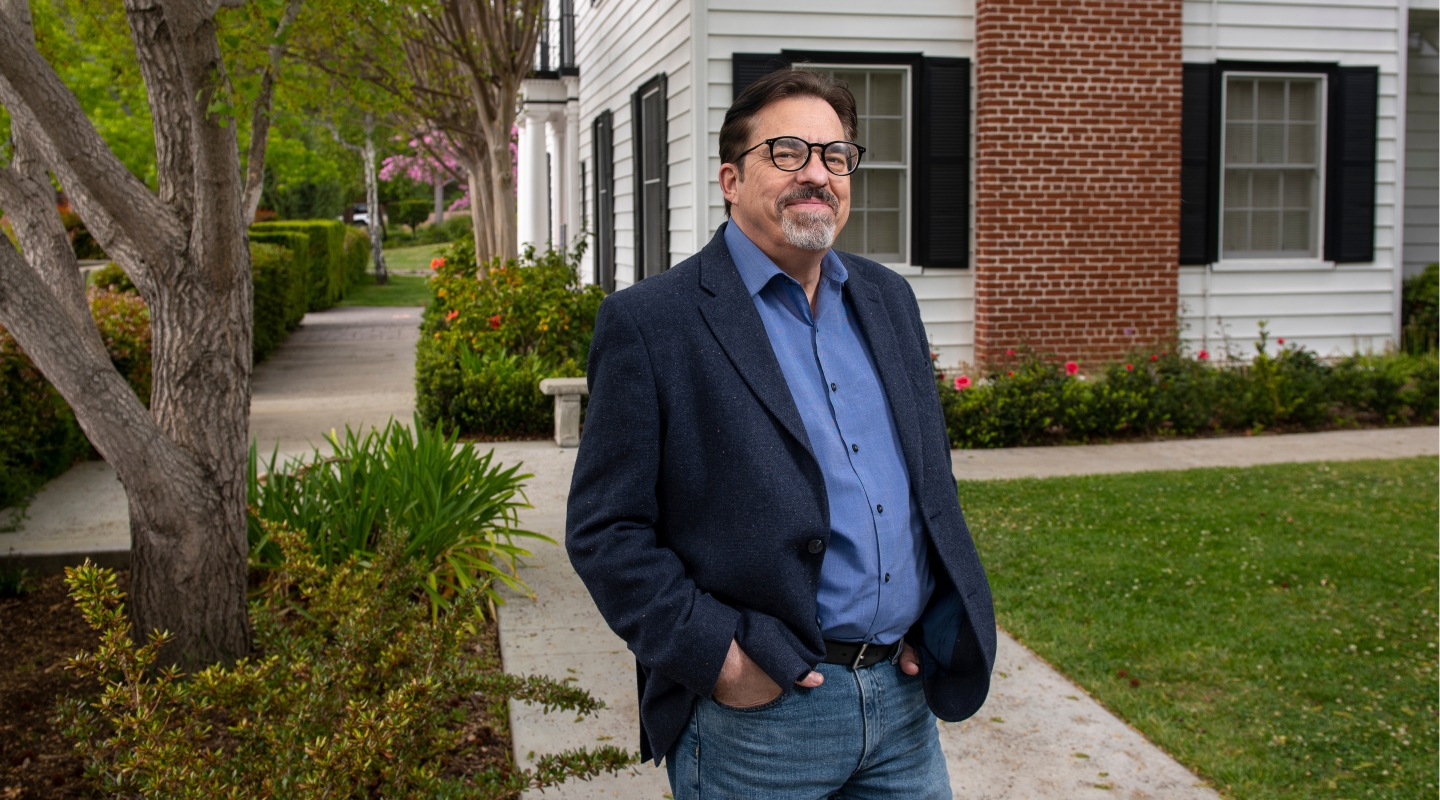 In 1999, Vince Cuseo was director of admission at Grinnell College, the highly ranked liberal arts college in Iowa—a job he loved. Yet when the associate dean position at Occidental opened up, he applied for the job, even though it represented a step down on the organizational chart. 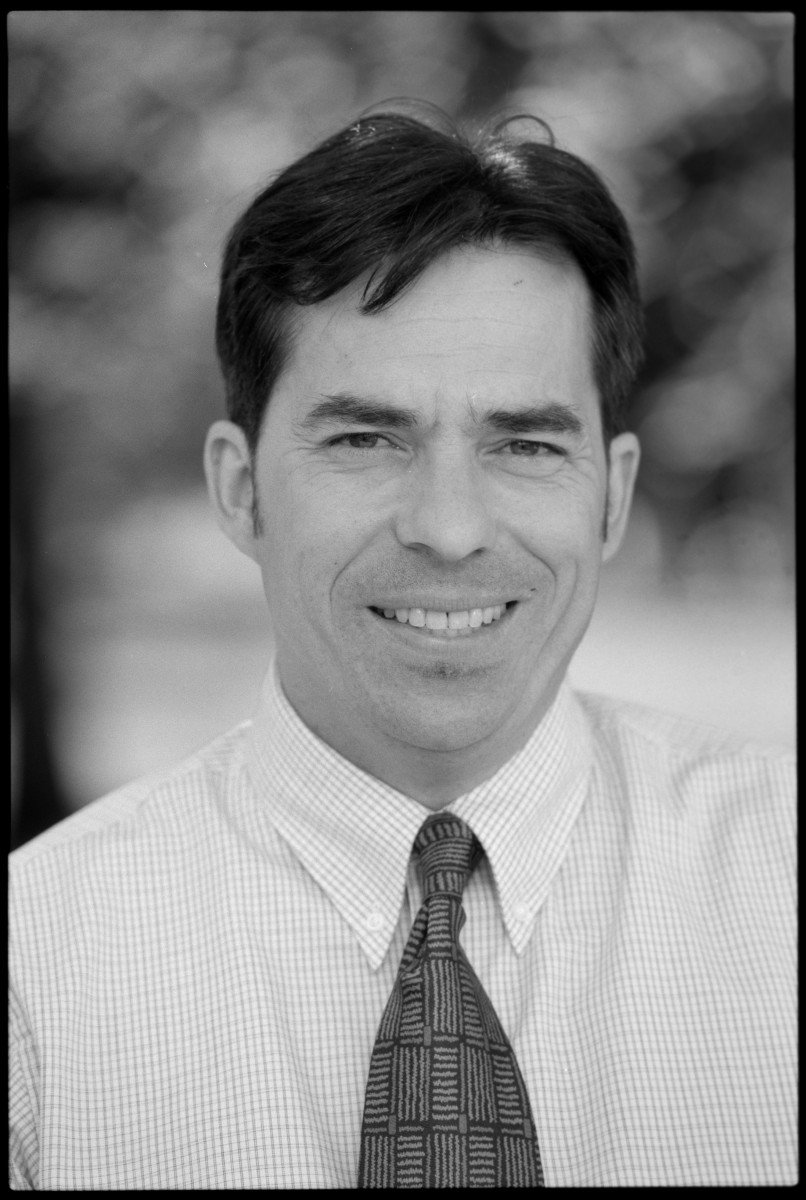 “I’ve never been one to be so wedded to a position title,” Cuseo explains, and Vice President for Admission and Financial Aid Bill Tingley, with whom he had worked previously at Stanford, “was someone I respected and admired.” Like so many others, Cuseo found the prospect of working in Los Angeles attractive. And there was one more contribu­ting factor: “Frankly, as a single person who was getting older, the options were limited in small-town Iowa.”

Approximately 110,000 student applications later, Cuseo—now a married father of teenage twins—is credited with more than doubling Oxy’s applicant pool while adhering firmly to the College’s mission. “Simply put, Vince’s contributions to the College have been enormous,” President Harry J. Elam, Jr. wrote in his February 1 announcement of Cuseo’s retirement at the end of June.

Cuseo has been at the heart of Oxy’s admission success for the past 22 years, says Charlie Leizear, senior associate dean of admission since 2015. “There are countless Oxy students, staff, and faculty whose lives have been changed for the better by Vince. He also has had an incredible impact on hundreds of professional colleagues who work at other colleges, high schools, and community-based college organizations around the country.”

Cuseo was hired by Tingley two years into the latter’s tenure as Oxy’s fifth head of admission in as many years—a period that saw applications to the College drop by almost one-third, in part due to the lingering impact of the 1992 Rodney King uprising and the 1994 Northridge earthquake. Tingley and Cuseo were charged with reestablishing Oxy’s reputation with high school counselors and increasing the quantity and quality of the College’s application pool.

Cuseo—named dean of admission in 2001 and vice president in 2010 after Tingley’s retirement—is proud of his role in growing the number of talented and diverse applicants while, with a few exceptions, meeting annual tuition revenue targets. Over the last 20 years, as total enrollment rose from roughly 1,800 to 2,000 students, the number of students of color climbed from 38 percent to 45.5 percent. Applications grew from 3,635 in 2001 to 6,939 last year (having reached a record-high 7,500 for the Class of 2023). Even so, Cuseo tends to shy away from numbers when discussing his work.

“I’ve been lucky,” he says. “I have been able to represent a place aligned with my own values, which is so important when working in the world of admissions. If I didn’t feel that alignment, it would just be a job, not a labor of love—and it’s certainly been a labor of love.”

Oxy’s mission cornerstones of excellence, equity, community, and service have always been at the heart of everything Cuseo does, says Sally Stone Richmond, who was Oxy’s dean of admission for eight years before becoming vice president for admissions and financial aid at Washington and Lee University in 2015. “When I interviewed with Vince, he felt very strongly that to be a great member of that team, you have to be very vested in the mission of the institution,” Richmond says. “All his decisions stem from that.”

“I still love to interview students one-on-one and find out who they are, what makes them tick, and what they’re passionate about. You lose touch if you sit in your office and crunch numbers all day long.” It was Cuseo’s confidence that the College would back him up that made it easy to say “no” when Rick Singer, the now-infamous admission consultant at the heart of the 2019 college admission scandal, asked him to reconsider Oxy’s rejection of one of his clients, the daughter of a wealthy family. That integrity landed Oxy on the front page of The Wall Street Journal. The scandal “highlighted the role of money in admissions and the often wide gulf between high ideals of meritocracy and mercenary business practices,” the Journal reported. “Occidental has charted a different path.”

Cuseo credits the commitment of the Oxy administration—he had served under six presidents—for making his job simple. “During my time at Oxy, I never had a president or a board member tell me, ‘Your job here is to increase test scores,’” he says. 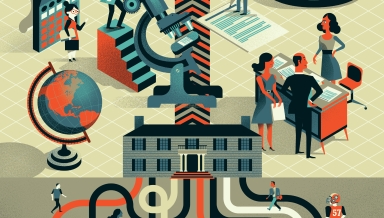 Admission
The Path to Enrollment

The different path Cuseo charted is based on a variety of factors, Richmond says—the “wonderful alchemy” of being mission-driven while keeping an eye on the long game; his ability to identify and then champion promising admission officers; his leadership by example, whether by continuing to make school visits or reading his share of applications as vice president; and his constant focus on how and to whom Oxy was being marketed.

For Oxy’s spring yield “road shows,” a member of the College’s financial aid team accompanies each admission officer so that they can talk to families in detail about financial aid, Richmond says: “I don’t know of any other schools who do that.”

Cuseo’s territory includes Iowa, Utah, San Francisco (home to his beloved Giants), and New York City. “Vince has never just been a representative or promoter of his institutions; he has embodied their very best ideals in human form,” says Ali Bhanji, director of college guidance at the Collegiate School in Manhattan. “His unassailable integrity formed his authentic vision, always searching for lasting, durable access and equity and never joining the bandwagon for an easy fix.”

“I love interacting with people,” says Cuseo, whose annual class profiles (prepared for trustees and the campus community) are rich with details about hobbies and quirks of Oxy’s incoming first-years (from juggling to taxidermy). “I still love to interview students one-on-one and find out who they are, what makes them tick, and what they’re passionate about. You lose touch if you sit in your office and crunch numbers all day long.”

While he’ll miss that personal interaction, he won’t miss the long work hours, including nights and weekends, that have kept him away from his family. While he claims his wife of 19 years, Sharon, is “a little nervous” that he doesn’t have any specific plans for retirement, one thing is clear: “I want to remain connected to Oxy no matter what.” 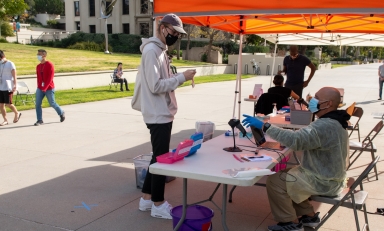 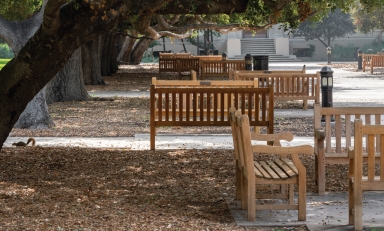