Words to the Wise: Eric Frank 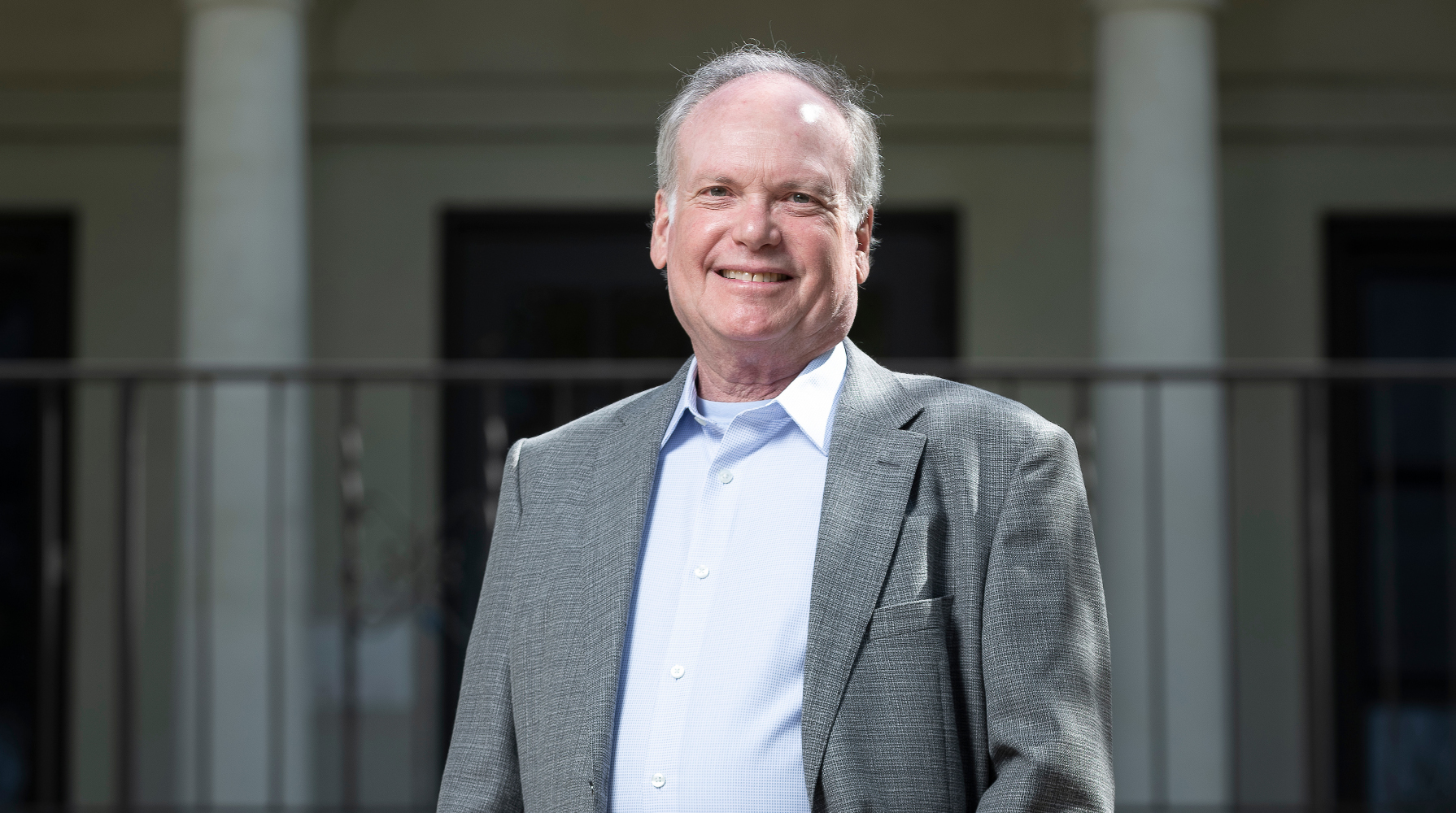 Professor of Art & Art History Eric Frank is retiring after 35 years at Oxy. This tribute to his career is part of the Spring 2021 magazine.

Most satisfying course: “Art History 170 (Introduction to Early Western Art). Most of the students in this course had never taken an art history course before. It was as exciting for me to introduce an entirely new discipline to them as it was for the students to learn to see the world in an entirely different way. Having taught it over 30 times, hopefully this course engendered another path for lifetime learning for generations of Oxy graduates.”

Most memorable student trip: “I taught my course Michelangelo: Art and Biography four times after I left the office of the Dean of the College in 2010. This included an almost three-week study trip to Italy in January. These were wonderful learning and living experiences for everybody. Turns out that you can study almost 80 percent of everything Michelangelo made or designed if you go to Florence, Siena, and Rome. Which we did. And the private visit to the Sistine Chapel was an unforgettable experience for all.”

Plans for retirement: “Well, I'm not going to stop being an art historian, so I do plan to stay active in the field. My wife and I planned to catch up on travel to places on our (long) list, and I hope that the impending (we hope!) end of the pandemic lets us travel. I love teaching, so I'm also looking for in-person teaching opportunities after Oxy. I'm also going to learn how to play golf. Maybe.”

On retiring during the pandemic: “I actually haven't officially retired yet! September 1 is the official date. Unfortunately, in 2020-21, we had plans to take a Baltic cruise ending in Saint Petersburg (a lifetime goal to visit the Hermitage Museum), and I was also going to lead an Oxy alumni archeological tour to Greece. Both canceled. Also, our first grandchild was born in Manhattan, so visiting him has been more than the normal challenge. I've tried to chip away at the mountain of pending reading I've collected, but that's a true Sisyphean task.”

On a “deeply rewarding and satisfying” career: “It's been a true vocation/avocation. I've cherished my work with colleagues from the administration and staff and I've learned so much in so many different ways from my faculty friends and colleagues. But as much as I Iooked forward to the classroom every day, I think what I will miss most are those student discussions in my office—edifying, gratifying, and memorable.”

Liz Carroll ’90: I set foot on the Oxy campus as a music major. I was devoted to the study of voice and performances with the Glee Club yet there were times when I wasn’t entirely sure of my direction as a student. When I enrolled in Professor Eric Frank’s Fifteenth-Century Italian Art, the cloud of doubt vanished. My uncertainty was overcome with a love for the visual arts. My life was forever changed.

I still remember the distinct sound of the classroom door shutting followed by a rush of air from the porticoed walkway at Weingart. Class was imminent as Professor Frank entered the darkened room with notes and stacked slide carousels, ready to click them into the projectors. Long before the digital age, he re-created the in situ visual experience, revealing a deep knowledge of Italy having lived, taught and researched in Florence. His mesmerizing lexicon and apt descriptions would vivify Donatello’s rilievo schiacciato of St. George, or illuminate the momentousness of Masaccio’s Trinity fresco for his epoch-making one-point perspective. Beyond the formal aspects of art, Professor Frank’s methodology also took into account the socioeconomic conditions of art production to provide a more holistic view of material culture.

Those lectures influenced how I believe art history should be experienced and, in my mind, still inspire me as an academic today. I know that I have company in saying Professor Frank inspired future curators and academics with his methodology, mentoring, and authenticity as a human being. After I graduated, he continued as a mentor, supporting me with letters of recommendation that led to my acceptance to the Ph.D. program at Indiana University Bloomington. After living and working in Italy for many years, I returned to the United States to teach art history, and on occasion delighted at the opportunity to meet up with my mentor at conferences. I am indebted to Eric Frank for having captivated my interest in art history, but even more so for instilling the value of the on-site learning experience.

Bennett Harrison ’19: After reading Dante for a literature class in the first semester of my sophomore year, I emailed Eric Frank and asked if I could enroll in his Early Italian Renaissance Art course. I had never taken an art history class before, but he welcomed me. It was only a few weeks into the semester that Eric had us write a paper about the frescoes depicting scenes from the life of Saint Francis in the Upper Church of San Francesco in Assisi. The prompt was to make an attribution, a decision based on visual evidence: Were the Assisi frescoes painted by Giotto, or not? Even to a college sophomore who knew very little about art history, Eric Frank made the most monumental of art historical mysteries approachable—he allowed his students to be art historians.

Since I was thinking like an art historian before I really knew what one was, it seemed natural to seize the opportunity to enroll in Eric’s Michelangelo seminar the next semester and travel with him to Italy in January. It only took about 48 hours in Florence for me to realize that I was in love with the city, a love that despite much heartache has remained at the center of my life ever since. While we were in Florence, there happened to be a particularly good exhibition of 16th-century art at the Palazzo Strozzi. The exhibition brought together a number of art works that likely will never be in the same room again. Some months later, I was in Eric’s office reflecting on the show, and he remarked, wistfully, “We were just in the right place at the right time.” Becoming Eric’s student in the final years of his long career at Oxy was another “in the right place at the right time” kind of thing, though of an even rarer kind, I suspect, than a painting from Volterra hanging in the same room as a painting from Besançon.

I recently reread an old article about sculpted pedestals in Florence, and I noticed for the first time, in a footnote, that the author thanks Eric Frank for typing the manuscript and praises his prontezza, a word that in Italian means both “quickness” and something more like “readiness” or “willingness.” Nearly 40 years later, this remains the quality for which Eric deserves praise. It is only by a prontezza like Eric’s that one can fit centuries of thought, history, and art into the hours of a lecture or sweet questionings of the minutes in between.

Harrison is a Florence Fellow and master’s candidate in the Syracuse University Florence Graduate Program in Italian Renaissance art.