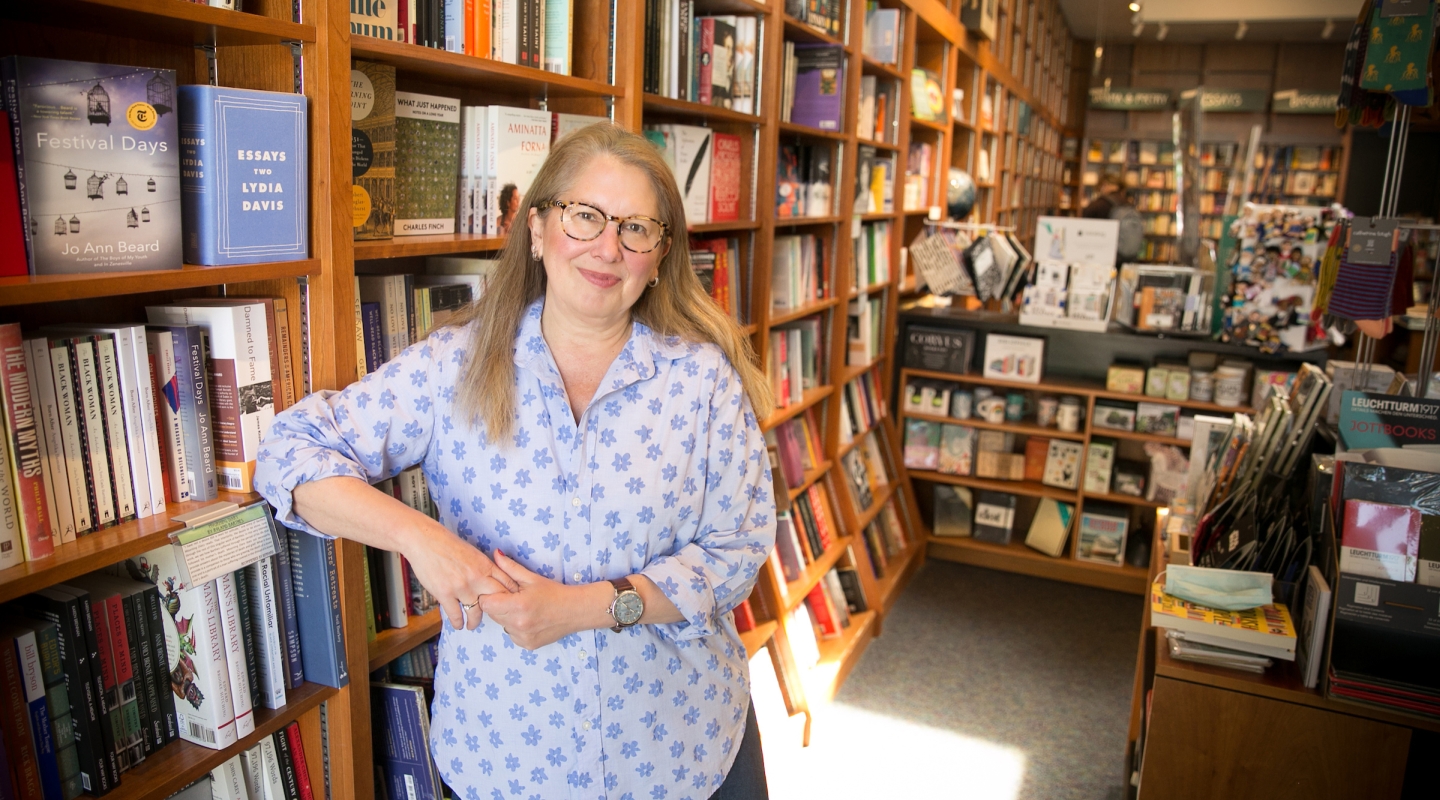 A canceled poet, a toddling tortoise, and the Schwarzenegger of vacuum cleaners turn a D.C. bookstore upside down in Susan Coll ’81’s sixth comic novel

Susan Keselenko Coll ’81’s novels resist easy categorization. “My books are usually targeted more as women’s fiction, but there’s also a dark comic thread running through them that is a little more literary in a sense,” she says from her home in Washington, D.C. “I don’t mean that in a pretentious way. Readers either love it or they don’t.”

There’s a lot of love for Coll, who has built a loyal readership over the last 20 years with her acutely observed comedies of suburban life in the nation’s capital, including Rockville Pike (2005), Beach Week (2010), and The Stager (2014). Her 2007 novel, Acceptance, about an anxious mom trying to get her daughter into an Ivy League college, was adapted into a 2009 Lifetime movie starring Joan Cusack and Mae Whitman. 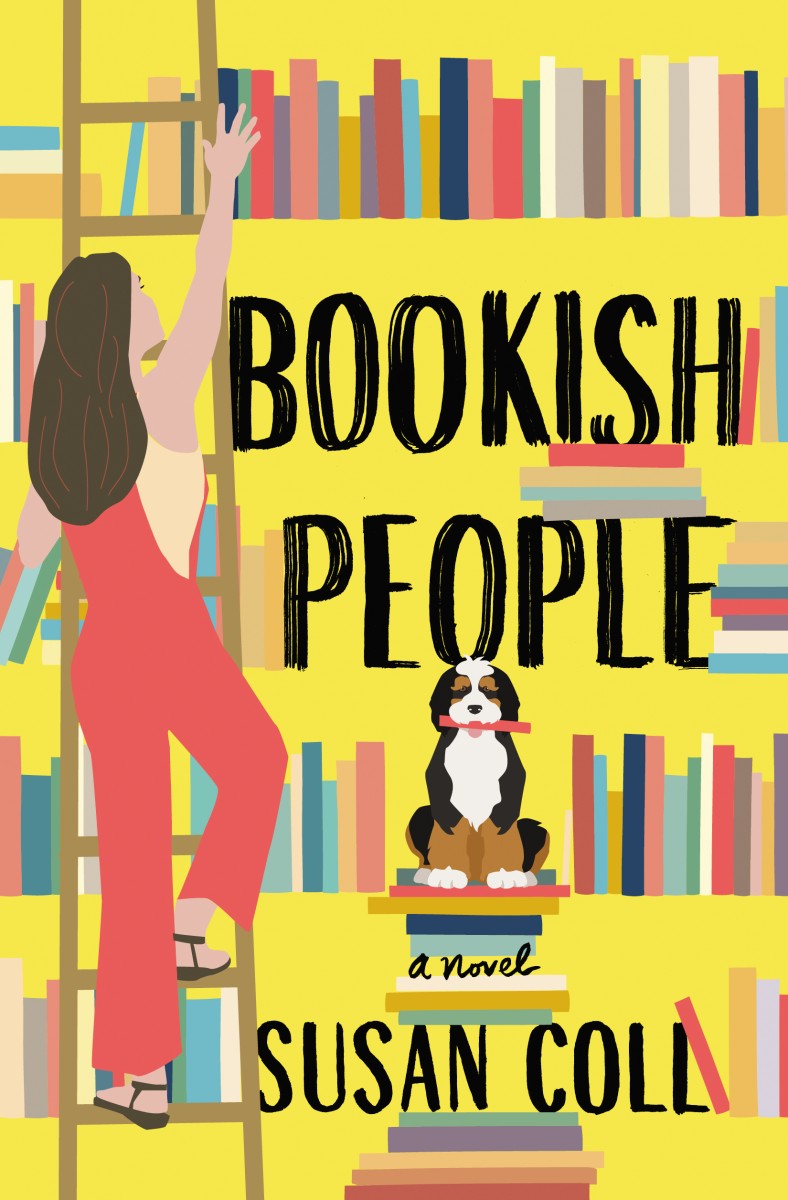 Coll’s latest novel, Bookish People (to be published by Harper Muse August 2), takes place in an independent D.C. bookstore over the course of a 10-day stretch of summer “punctuated by political turmoil, a celestial event, and a perpetually broken vacuum cleaner” (to quote the book’s press materials). It’s a milieu she knows well, having spent the better part of five years as events and programs director of Politics & Prose, the district’s premier independent bookstore.

In a 2014 Washington Post profile by Ellen McCarthy after the publication of The Stager, Coll was undecided about the subject of her next book—though she had promised her bosses that it will not be “a comic novel set in an independent bookstore.”

“Yes, that’s true,” she admits with a laugh. “I was not thinking about writing this book at all and I did keep telling them I wasn’t going to do it.” (Politics & Prose owners Bradley Graham and Lissa Muscatine “have been very supportive of the book,” she adds. “Some of the incidents are familiar, but there are no characters that resemble anyone who worked at the store.”)

Ever after Coll took an extended leave to focus on her next novel, “They didn’t take me off the internal email distribution for at least a year,” she recalls. “I kept getting all the emails every day—and they were so often about the vacuum cleaner being broken that it became a comedy in my mind.” Hence, the vacuum cleaner became the inspiration for Bookish People.

Bringing to mind Arnold Schwarzenegger, “if Arnold Schwarzenegger were a vacuum cleaner,” Coll writes, the Querk III in the novel is not an actual product. But it was modeled after a particularly vexing Dyson that poured out all of the dust the first time she used it. “I do have a fair number of broken vacuum cleaners in my life,” Coll says. “I don’t know why they’re amusing.”

A native New Yorker, Coll moved with her family from New Jersey to the Bay Area during her junior year of high school. “They were insisting that I stay in California for college,” she says. When she saw Occidental, “It reminded me a little bit of an East Coast campus at the time I was longing to be back there, but it was unambiguous love at first sight. I don’t want to sound cheesy but it really was among the best four years of my life.” 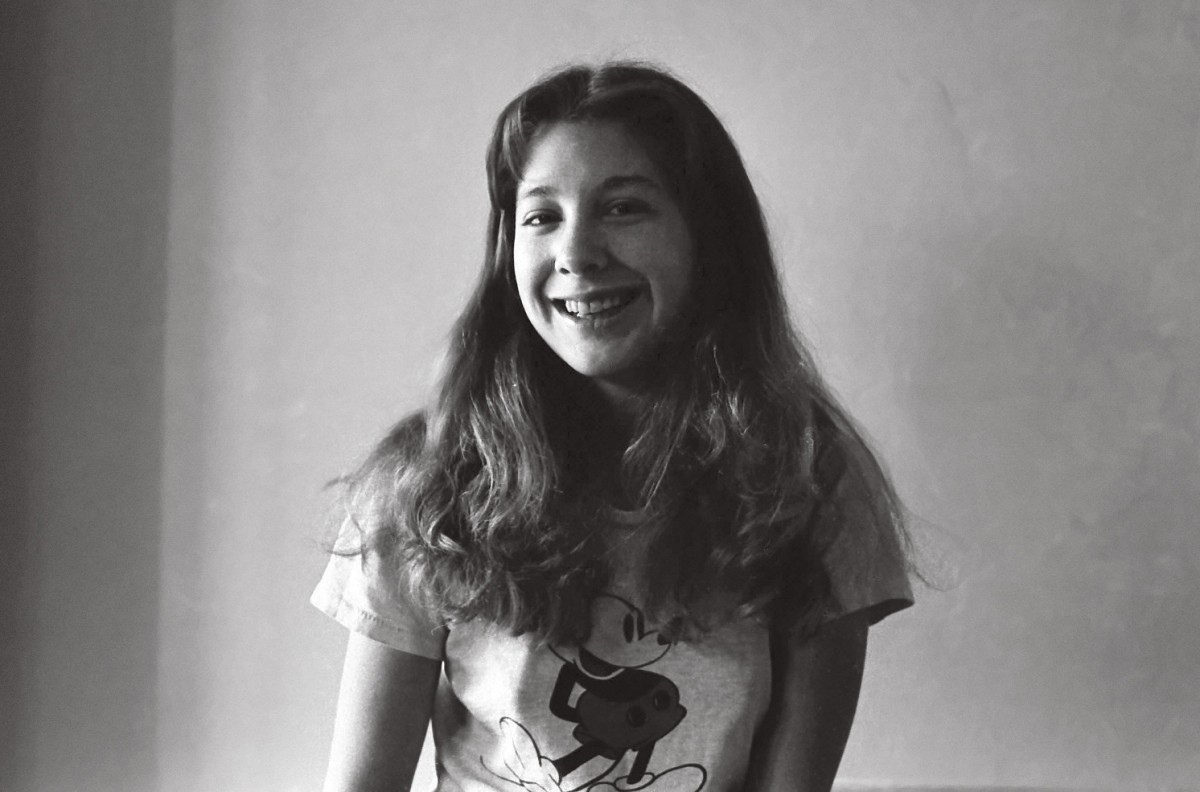 Coll majored in political science (with an emphasis in political theory) and worked on The Occidental newspaper, “which became a huge part of my college experience and really informed my writing life,” she says. There was a bumper crop of writers among her peers, many of whom have enjoyed prolific careers in journalism and publishing. “A lot of us are still in touch or at least peripherally in touch," Coll says.

“Books were always what I was drawn to and that continued at Occidental,” she adds. “The first-year Collegium program introduced me to all of these great books. Professor Roger Boesche drew me into political theory, which really informed a lot of who I am.”

A class taught by Professor Norm Cohen would also inform her debut novel. As a freelance writer living in London with her then-husband, Steve Coll ’80, “I was writing a feature story about some quirky museums in London when I stumbled upon a Karl Marx museum. The librarian mentioned that Marx’s daughter, Eleanor, had stood at this particular window delivering a speech before she committed suicide [she poisoned herself at age 43]. And that really captured my imagination.”

In researching Eleanor’s life, Coll learned that the Marx family had lived in the same south London neighborhood where she was then living. She wound up weaving that research into the story, about a graduate student whose life starts to parallel that of her thesis subject—Eleanor Marx. “In a kind of comic thread, I tied it back to the intensity with which we all were studying political theory at Oxy and I was highlighting Das Kapital [Marx’s classic 1867 text] and trying to really understand it.” (In hindsight, she laughingly admits, “I'm not sure I understood that I didn't really need to know this in the 1980s.”) 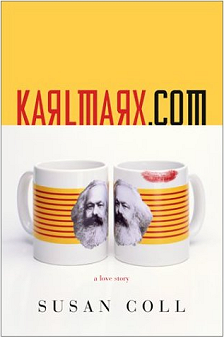 Published by Simon & Schuster in 2001, karlmarx.com was received warmly by critics—Sia Michel, writing in The New York Times, called it “fizzy … an academic parody that also brims with chatter about smart women’s foolish choices.” By then, Coll was deep into writing Rockville Pike. “I had a literary agent, an editor, and a publisher, so I wanted to seize the moment and finish the second book as quickly as I could.

“I envy people who say they outline and they know what they’re doing,” Coll says of her writing process. “I begin with an idea—sometimes I don’t really know where that idea’s going. I do a lot of drafts, a lot of revisions. I find it takes me a while to find the spark of it. I’m working on a book right now that I know the story and I know the idea, I’ve got 100 pages but I know something’s not working. But then I remind myself that it always feels that way until I figure out what that is and then it falls into place. It’s the same every time.”

Bookish People is set in August 2017, during a timespan framed by two real-life occurrences: a white supremacist rally in Charlottesville, Va., that left a counter-protester dead, and a solar eclipse 10 days later. Even in what is essentially a light summer read, Coll says, “I always want to have something a little bit grounding. And I wanted to capture that time—both the darkness of Charlottesville, and the solar eclipse at the other end.”

In another nod to social norms, a fictitious character in the book is a disgraced poet of international renown—who may or may not be the events coordinator’s biological father—“who’s basically been canceled before canceled was in our lexicon,” Coll says. Then again, there’s also a store tortoise named Kurt Vonnegut Jr., after the Slaughterhouse-Five author. (“Inasmuch as a tortoise can resemble a human, he did look a little like Kurt Vonnegut Jr. with his droopy face,” Coll writes in Bookish People.)

“I sat in a lot of meetings when I was in a managerial role, trying to figure out things like our pet policy,” she recalls of her time at Politics & Prose. “At the time, you could bring your pets to work, which was lovely.” But you can have too many dogs in a bookstore, she notes, “and there was one that growled at the authors who would come in to speak.”

Even before she worked at a bookstore, Coll subscribed to a number of industry blogs. She tangentially knew Graham and Muscatine—“they were friends of friends”—and around the time they purchased Politics & Prose in 2011, she wrote them a memo with ideas about expanding community programming and adding classes and expanding events. Consequently, they offered her a job as events and programs director.

After her youngest child left for college, “I just wanted to have a job,” says the mother of three. “I like being engaged in the business of books­. It doesn’t seem like it would be stressful but there’s drama every day.” Although Coll won’t name any names, “There have definitely been some challenging authors who have come through the store.”

Of all the events she has worked on, her favorite was meeting Joan Didion at a 2011 event to promote Blue Nights—Didion's wrenching memoir about the death of her daughter at age 39. “She meant a lot to me as a young woman, poring over her essays,” Coll says of Didion. “She was frail in her later years, and it was a powerful thing to be in the same room and watch that event unfold. I tried to be a fly on the wall to make her happy and warm—I brought her soup and helped her sign books.”

Even six books into her career, “Everything always feels tentative to me in publishing,” Coll admits. “I take every little job that comes along because I always want to have a backup plan.”

Caveat notwithstanding, these are pretty good gigs. Coll frequently reviews books for The Washington Post, The New York Times, and other publications. She also is president of the PEN/Faulkner Foundation, which presents the annual PEN/Faulkner Award for fiction and brings writers into Title I schools. 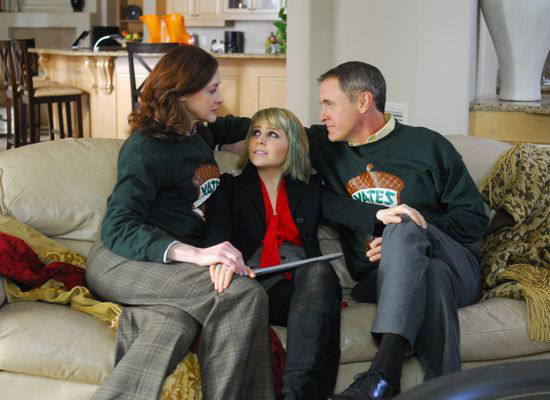 She has taught for nearly 20 years at The Writer’s Center, which empowers both published and aspiring writers through workshops, events, and creative collaboration. Each year since 2015, she has worked with up to 10 students in a yearlong writing workshop titled Novel Year. “I love working with students and watching them help one another,” she says. “Sometimes I feel like my only skill is that I can look at a manuscript and see how to make it at least turn in a different direction.”

Coll also brings guest speakers to the class, including literary agents and other people in the business. “I want students to leave with a draft pointed in the right direction but also some basic knowledge of how publishing works,” she says. The pivot to remote learning has opened up the course to students regardless of location, and this year Coll has students in Santa Fe, N.M., Newark, Ohio, and Annapolis, Md. “It’s nice to have people Zooming in from all over.”

She recently returned to Politics & Prose in a consulting role, and worked an event in May celebrating the release of George Stevens Jr. ’53’s memoir, My Place in the Sun. “I never mentioned to him that I am a writer,” Coll says, “and then I heard him on NPR mention that he’d gone to Occidental. I never knew that. That’s so funny.”

Coll will be in conversation with Cynthia D’Aprix Sweeney (author of The Nest and Good Company) at Vroman’s Bookstore (695 E Colorado Blvd., Pasadena) on Thursday, Sept. 15, at 7 p.m.