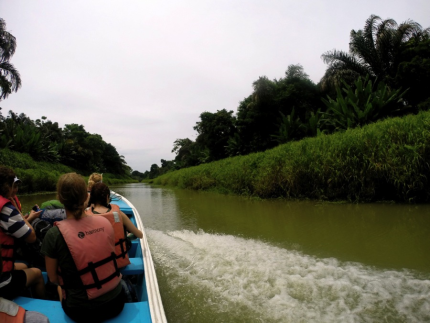 Pacuare is located on the Caribbean coast of Costa Rica, right along the sea and just north of Limon. We left La Selva shortly after breakfast and following a two and a half hour bus ride southeast, we piled into two small boats, the only way to get to Pacuare. Passing through canals of green water surrounded by dense foliage, we sped along and glimpsed a great egret, green iguanas and baby crocodiles on our way. After 45 minutes, the roar of the Caribbean Sea let us know that we had finally arrived at Pacuare. Composed of several open-air style stilted wooden buildings in rainforest clearings alongside the ocean, the South Station of Pacuare will be our home for the next two days and two nights.

The incredible thing about this reserve is that here, leatherback and green sea turtles come to lay their eggs seasonally. We are lucky enough to be here right at the peak of this season, when baby turtles are hatching and adult females are still arriving at the beach to dig their nests. Pacuare was established in the 1980s, when poachers took 99% of the turtle nests. With the initiation of nighttime patrolling and the presence of guards, the rate is now down to 1%! 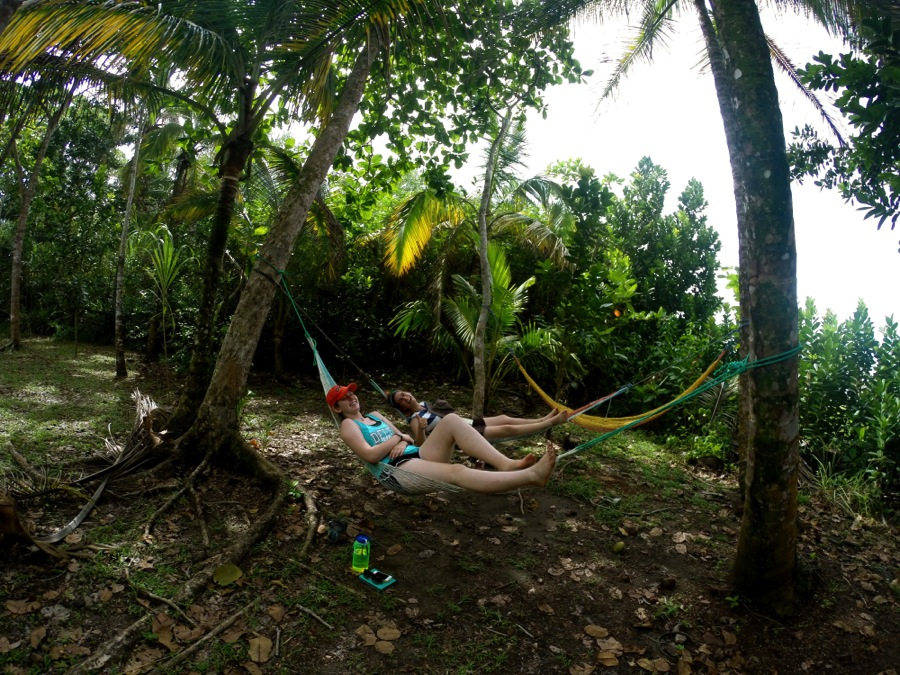 Because much of the turtle activity occurs at night, we settled into our cabins and spent the early afternoon swimming in the ocean, relaxing in seaside hammocks, and playing volleyball. Later in the afternoon, we went with a Pacuare researcher to watch an inactive turtle nest be excavated. If nests don’t hatch after 80 days, the researchers investigate what might have caused this to occur by digging up the eggs. It was unfortunate to see that many had been affected by a fungus, halting the development of the baby turtles. This fungus isn’t uncommon, but luckily a few babies had hatched from this nest a few days ago and escaped the disease. After this slightly sobering yet interesting experience, we meandered back to the station and awaited dinner. 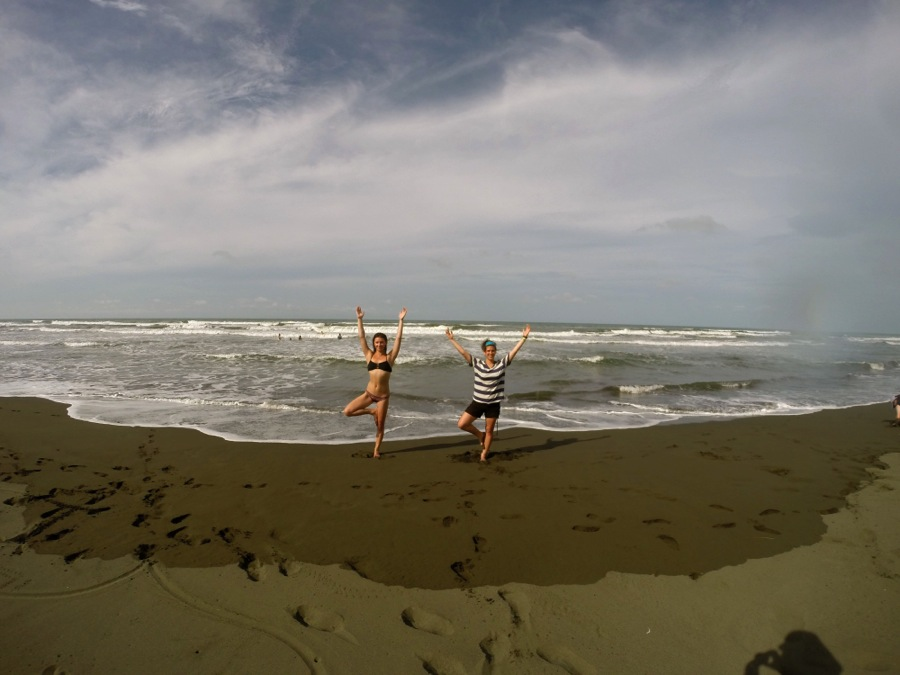 Night patrols on the beach at Pacuare are in three shifts, beginning at 8pm, 10pm, and midnight and last roughly four hours. Researchers and volunteers walk north up the beach, looking out for adult turtles arriving on the beach to lay their eggs and work to take data on their behavior and characteristics while also helping to disguise their nests and cover up tracks in order to decrease predation. Before my shift at 8 pm, we were all called to quickly come down to the hatchery on the beach, where baby leatherbacks were emerging. Using only red lights to illuminate the dark night, we got our first glimpse. After the researchers hurriedly took data on their size, weight, and locomotion capabilities, we all assisted in making sure the babies made it to the ocean. On our hands and knees in the darkness, we followed the baby leatherbacks down the beach- an incredible experience. 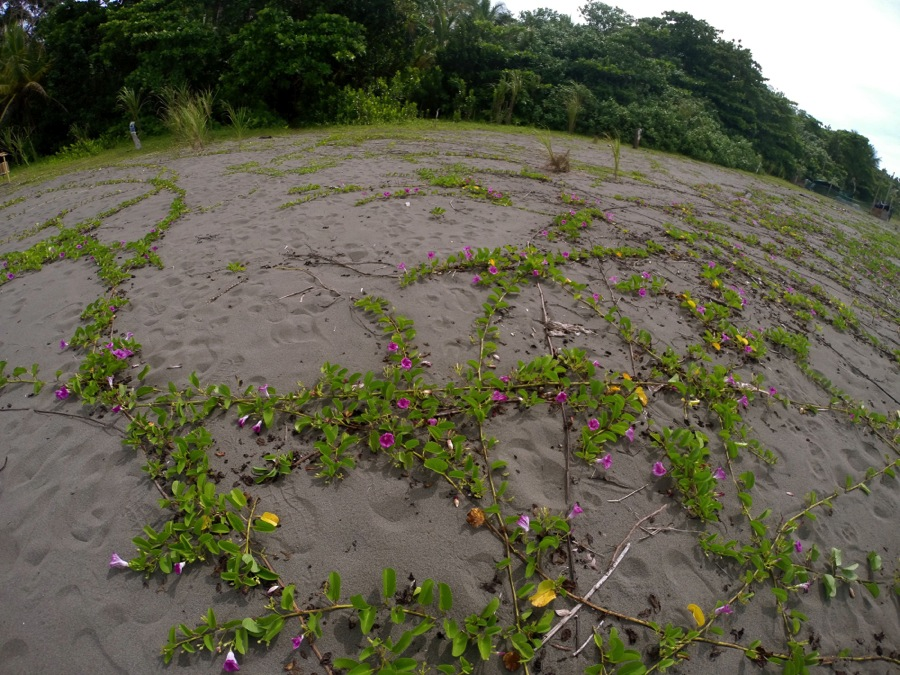 And then, the night patrols began. With the moon on the horizon and lighting storms in the distance illuminating the beach, we fell into a trance hiking along the sand. Three miles and two and a half hours later, we saw a red light flash three times in the distance- a guard was signaling to us that he had found a turtle! Coming close, we were in awe of this creature’s enormity and power as she dug her nest with her two back flippers. We assisted the researcher whom we had been walking with to take measurements of the leatherback turtle and assess for any wounds. We watched as the female laid her eggs and listened to her deep breathing, the whole while knowing that we were witnessing something truly amazing. After the 1500 lb leatherback made her way back into the ocean, we worked to cover up tracks as wide as those of an ATV.

By 1 am, we had had been lucky enough to see three female leatherbacks nesting and meandered back to our cabin. We rigged up our mosquito nets in the candlelight (no electricity at Pacuare outside the kitchen) and fell into bed. I have so much respect for the researchers here at Pacuare who go out every night to patrol—after just one shift we were exhausted (well maybe just within the first forty minutes…).