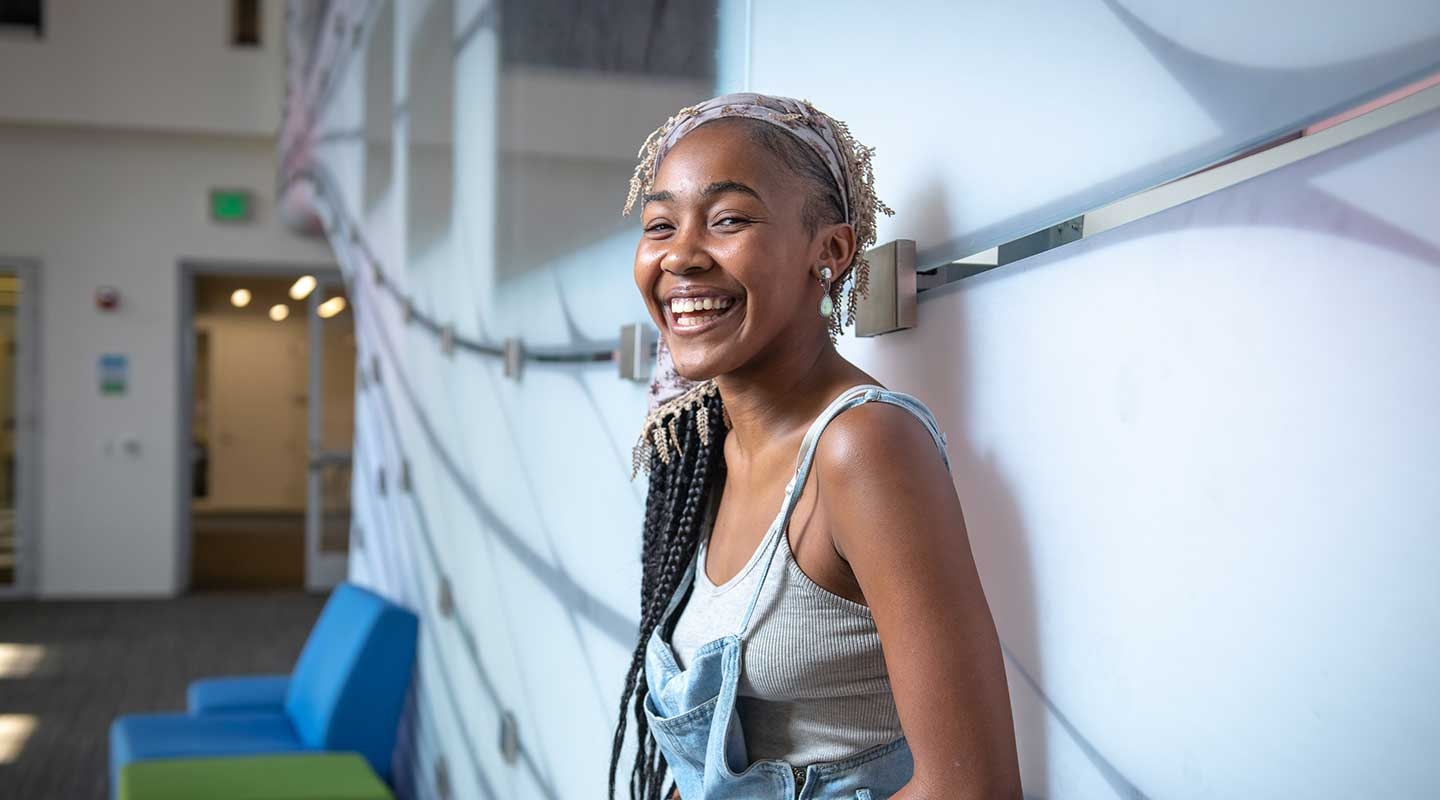 Professor Alexander Day took Darla Howell and a group of Oxy students to China from May to June as the capstone of a contemporary Chinese history course.

Howell stood at the edge of the rice paddy, observing the farmer's movements carefully as he worked in the summer heat. She was visiting a small agricultural village in the Chinese province of Guizhou, the home of her tour guide and his parents, and soon her enthusiasm got the best of her. She wanted to learn and be useful.

Howell stepped forward and introduced herself in Mandarin to the farmer.

“I asked him, ‘Can you help me do it? Can you show me how?'" she recalled. He agreed, waving her over. Soon she was working alongside him, following his lead and experiencing firsthand a world she'd spent the last four months learning about in California.

Howell, along with a group of 16 other Oxy students, was capping off a spring-semester history course on contemporary China with a field component: three weeks of traveling through the country. Taught by associate professor of history Alexander Day, “History 346: The Transformation of Urban and Rural China," examined the implications of the nation's rapid industrialization that, over the last 30 years, has transformed China's population from 80% rural to well over 50% urban. 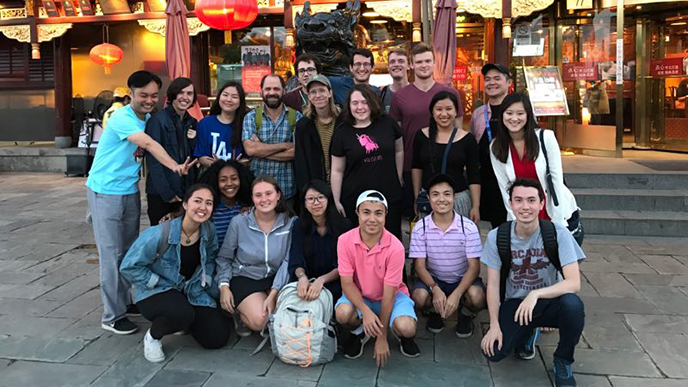 Professor Alexander Day and the Oxy students in his class pose together in China.

Howell, a rising junior and Los Angeles native, studies Chinese and linguistics as part of her group language major and plans to add a Spanish minor. She was immediately drawn to the course when she learned about it.

“I've been trying to go to China since I was in middle school, because I've been taking Chinese since I was in seventh grade," she said. “When I heard that Oxy was offering a class taking students to China, I thought ‘this is definitely something I want to be a part of.'"

The class spent two weeks in Beijing plus a week in a small city in the rural province of Guizhou. In the capital, students visited the Forbidden City and Tiananmen Square. As part of Professor Day's specially designed field trips, the students visited cultural museums, a migrant school, a factory and an urban farm. They saw new housing developments as well as traditional and socialist housing, and they heard from local guest speakers.

The group also visited an NGO, where they learned about the plight of migrant workers in China, a sensitive subject right now as government policies toward them continue to shift. The students had done extensive reading on the subject back at Oxy and were excited to meet a volunteer migrant-rights lawyer and visit a small migrant museum that was under threat of being closed in the current political climate. 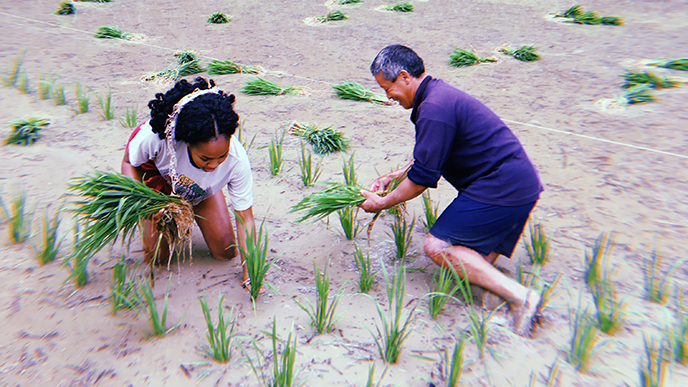 Darla Howell plants rice with a local farmer in a small village in China's Guizhou province.

When they arrived in Guizhou, the group's tour guide took them to a number of touristy, commercialized sites. It represented a stereotypical image of what you'd imagine Chinese architecture and culture to be, Howell explained, almost like a Chinese Disneyland. But they got a different experience when they visited their guide's native village, meeting his parents, interacting with villagers and visiting the local rice fields where they worked. Everyone said later that it was the highlight of the trip.

Another highlight for Howell was the language immersion, which helped her improve her conversational Chinese. With plans to study abroad in Shanghai this spring, she'd like to teach in China one day, building on her career interest in education. Professor Day is trying to help Howell and other students find summer opportunities in the country as well.

Howell reflected on the unique value of this course in allowing her to experiencing firsthand many of the things she'd been reading about. She was particularly struck by the struggles of the migrant workers—many who have settled in urban villages in Beijing are now being forced back to the countryside to make room for urban development. Actually walking through an abandoned migrant village brought her conceptual learning to life.

“People are people," she said. “They have stories and they have families and they have lives. That was a big theme that I paid attention to a lot in class—just making sure that I was understanding how people live their lives and not just how they affect the economy."