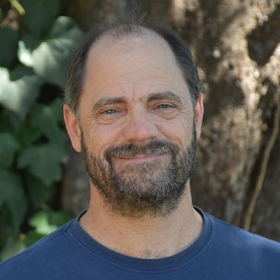 Day arrived at Oxy in 2013 after teaching at Wayne State University in Detroit, Michigan. He completed a dissertation on contemporary debates on the peasantry in China at UCSC in 2007. Building on his dissertation, his first book, The Peasant in Postsocialist China: History, Politics, and Capitalism (Cambridge University Press, 2013) centers on the question of why the peasant, and rural China more broadly, continually reappears as a figure of crisis in Chinese history. The book argues that recent debates on the peasant transcend contemporary policy issues and comprise the fundamental contradiction at the heart of Chinese modernity, the role of the peasant and the rural-urban split. This debate on the peasantry, moreover, is entangled with a rethinking of Chinese history in general.

Currently working on a new book project, Day is writing on the history of tea production in Western China from the 1920s through the 1970s. This new book project track the changing labor process of tea production in a northern Guizhou county in order to understand the emergence of the rural-urban split and the modernization of Chinese agriculture in the twentieth century. See the first article in this project published in Global Food History: “State-Directed Capitalist Agrarian Change in the Creation of China’s Biggest Tea County: Integrating Capital and Labor in Meitan County, Guizhou;” and, a 2021 interview on the project in Commodity Frontiers: “Working the Rural-Urban Divide: Alexander Day Traces a Century of Agricultural Modernisation in China’s Present-Day Tea Capital.”

Day is also part of a collaborative research project with Mindi Schneider of the International Institute of Social Sciences at The Hauge, entitled "Feeding China: The Project on China's Food Histories, Geographies, and Ecologies." See the project webpage here. The project traces capitalist transformations in China’s food and agricultural systems. Day and Schneider are interested in how these transformations are happening, and with what impacts for particularly rural people, places, and politics. To that end, they situate agrarian change in China both historically and geopolitically; they examine how things came to be this way, and how changes in China impact broader distributions of power, profit, and socio-ecological crises. Specific areas of critical analysis include: the rural-urban divide, peasant advocacy, rural activism, agribusiness politics, and capital’s ecological relations. See the China Food Studies Bibliography here. Our first article ("The end of alternatives? Capitalist transformation, rural activism and the politics of possibility in China") in the series is now online at The Journal of Peasant Studies.

"The end of alternatives? Capitalist transformation, rural activism and the politics of possibility in China." The Journal of Peasant Studies (November 2017).

“A century of rural self-governance reforms: reimagining rural Chinese society in the post-taxation era.” The Journal of Peasant Studies 40.6 (November 2013): 929-954.

“History, Capitalism, and the Making of the Postsocialist Chinese Peasant.” In Global Capitalism and the Future of Agrarian Society, eds. Arif Dirlik, Roxann Prazniak, and Alexander Woodside. Boulder and London: Paradigm Publishers, 2012.

Advisory board, The PRC History Review (from 2019).

Book series editorial board, "Rethinking Socialism and Reform in China,” Brill (from 2016).

Review of Prophets Unarmed: Chinese Trotskyists in Revolution, War, Jail, and the Return from Limbo, edited by Gregor Benton. In Journal of Asian Studies 78.2 (May 2019): 424-425.

Review of The Water Kingdom: A Secret History of China, by Philip Ball. In Washington Independent Review of Books (June 2017).

Review of The Cultural Revolution at the Margins: Chinese Socialism in Crisis by Yiching Wu. In Twentieth-Century China 40.3 (Oct 2015).

“Gender and the Collectivization of Rural Labor” (pdf). In a roundtable on Gail Hershatter’s The Gender of Memory: Rural Women and China’s Collective Past, PRC History Review 1.1 (May 2014): 3-5.

Review of Drink Water but Remember the Source: Moral Discourse in a Chinese Village by Ellen Oxfeld. In Asia Pacific World 3.1 (Spring 2012).

Review of The Politics of Rural Reform in China by Christian Göbel. In Journal of Agrarian Change 12.1 (January 2012).