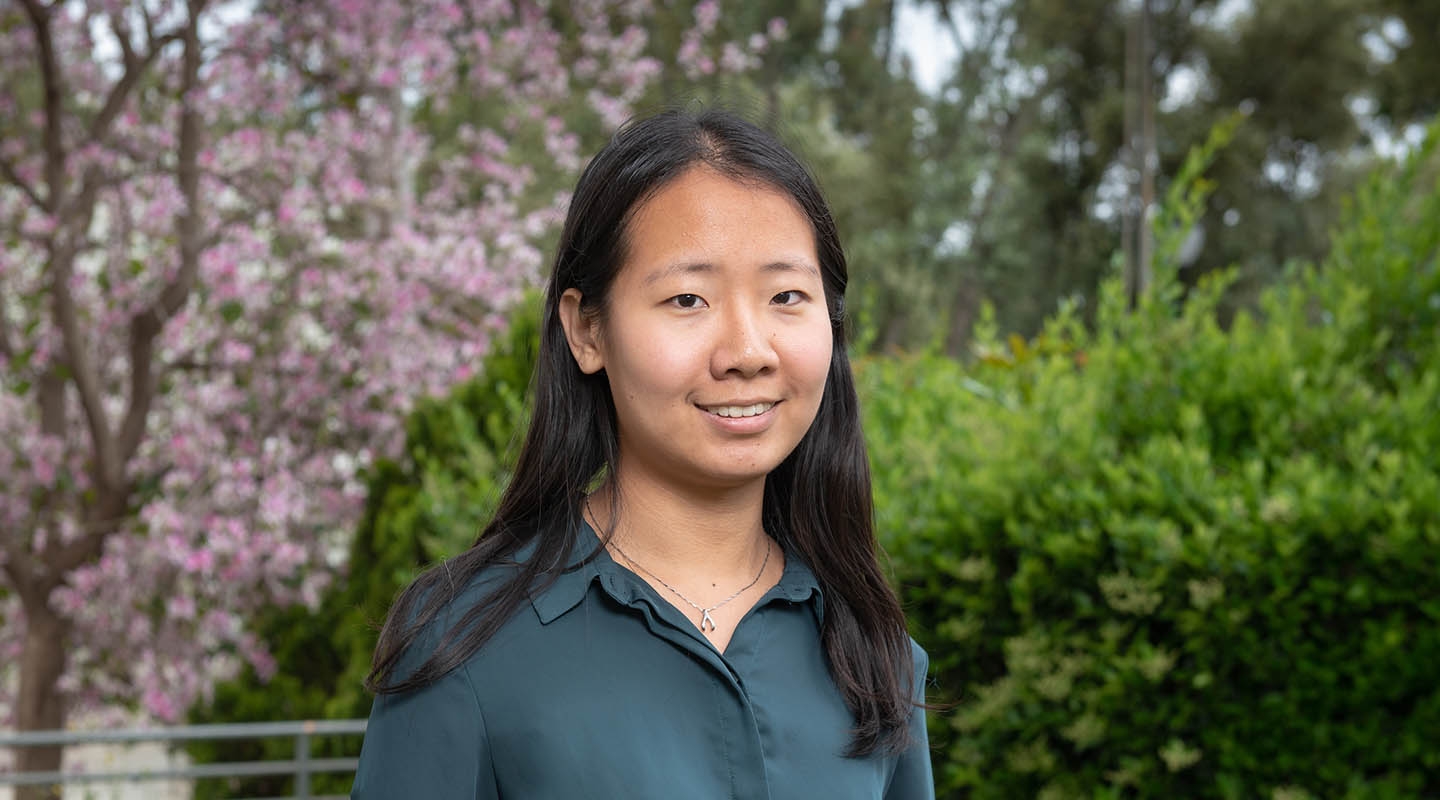 A Diplomacy & World Affairs major from China, Manjun Hao is motivated to support and celebrate international identities on campus.

An international student from Taiyuan, in northern China, Manjun remembers her Chinese teachers asking her what her English name would be when she went to college.

“I was so confused by that question,” she says. “I thought, ‘I already have name, why do I need an English one?’”

During Orientation at Oxy, however, her peers kept stumbling over or forgetting her name.

“That’s when I first felt like, this may not be easy even in the smallest ways. When people hear my name, they’ll assume I’m not from here, and a lot of things start from there.”

Initially, Manjun struggled to find her place at Oxy. As an international student, she didn’t always feel visible.

“Like at a lot of campuses in the U.S., my international peers and I got the impression that people wanted us to blend in and adapt to whatever it’s like here instead of valuing the international student experience.”

Manjun has endeavored to strike a balance between her own history and identity, and her experience as an Oxy student. Through her involvement with the International Students Organization on campus, she has worked to increase the visibility and celebrate the diversity of international students.

In collaboration with the Center for Digital Liberal Arts, the Japanese Culture Club and the Hawai’i Club, Manjun helped organize the first International Mother Language Day event on campus. She also worked with the CDLA to spearhead an oral history project to highlight and encourage discussion around the international student experience. She has been instrumental in advocating to senior administration to increase resources and support for her peers.

When not advocating on campus, Manjun has engaged with the local community by tutoring homeless children through School on Wheels for more than a year. She also served as an MLK Day of Service site leader and a trip leader for OxyEngage, a pre-orientation program for incoming students.

Manjun was drawn to the U.S. liberal arts college experience because she felt it would be a better place for her to figure out what she cares about and what she wants to do later in life. Oxy provided plenty of opportunities for her to explore.

One highlight of her academic experience was participating in Campaign Semester. She worked for Democrat Roy Cooper’s campaign in North Carolina’s 2016 gubernatorial race. After a recount, her candidate was victorious by a margin of 0.1%

“Being from another country, it was valuable for me to see how U.S. campaigns are carried out, and how the theories my professors taught in class were practiced in real life.”

She also took advantage of the Kahane United Nations Program, spurred by her interest in international development and understanding how poverty plays out on a global scale. Her work with the U.N. development program in New York City cemented this interest, and she plans to pursue a career in the areas of social policy and international affairs.

Motivated by a sense of personal responsibility, Manjun hopes her efforts at Oxy have laid a more equitable foundation for future international students.

“I think it’s necessary to lift up international students’ experience and create more inclusive spaces. That’s what Oxy’s about, right? Embracing all marginalized communities is part of the College mission.”