An appreciation for the international sphere has dovetailed with an interest in media and television production for Nick Graves ’23. An internship with Disney and the Academy Gold Rising Program is moving him forward along his path. 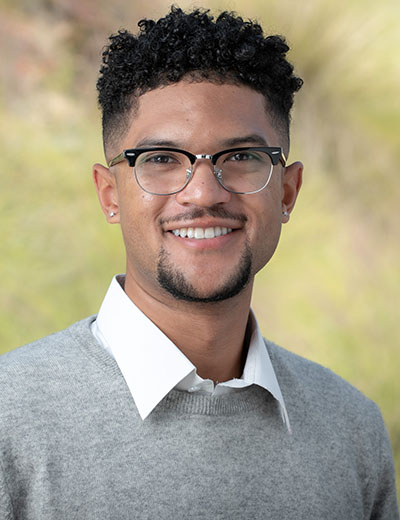 One of the best experiences of his life, Nick Graves says, was getting the opportunity to live abroad for five years.

Originally from the Bay Area, his family relocated to Indonesia then Singapore for his mother’s job, allowing Nick to be steeped in an international context and attend an international highschool. When he was looking at colleges back in the United States, he was drawn to Occidental’s internationalism, intimate size and the Diplomacy & World Affairs (DWA) major.

During the pandemic and the soul-searching that came with it, Nick recognized a growing interest in media and decided to add a Media Arts & Culture (MAC) minor. DWA allows for media-based projects for its senior comprehensive requirement, so Nick has been working with Special Collections and College Archives to develop a documentary project. While studying abroad this fall in Durban, South Africa, he plans to compare student movements in that country with those at Oxy.

Meanwhile, this summer, Nick landed an internship with Disney Live Action (think Pirates of the Caribbean, Mulan and Mary Poppins). A paid, full-time opportunity, he is working in the areas of post-production and visual effects (VFX). While he admits he didn’t know a lot about these areas going into it, he jokes that he’s “knee-deep in Hollywood now.”

When hired by Disney, he was also invited to participate in the Academy Gold Rising Program, a talent development, diversity and inclusion initiative of the Academy of Motion Picture Arts and Sciences designed to enhance internship experiences. Interns like Nick are matched with delegates from partner companies like Disney, Warner Brothers and creative management agencies. At the end of the program, each intern gets partnered with a mentor from the Academy for a year.

“It’s a really diverse program, which is great,” he says. “It’s designed to bring more diversity into the industry with intention.” 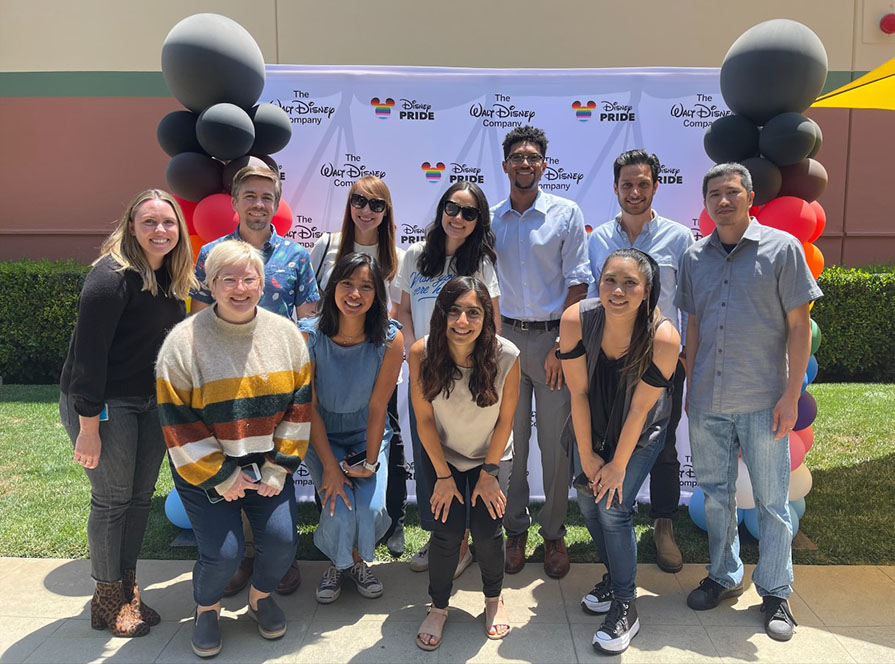 All of this is fantastic experience for someone like Nick, who is interested in going into television, showrunning and production. Perks so far have included a private screening of Top Gun: Maverick at IMAX headquarters and various networking opportunities. He’s also been able to sit in on “dailies”—meetings where footage is shared with his department right after being taped so they can review everything together, shot by shot, to ensure quality. 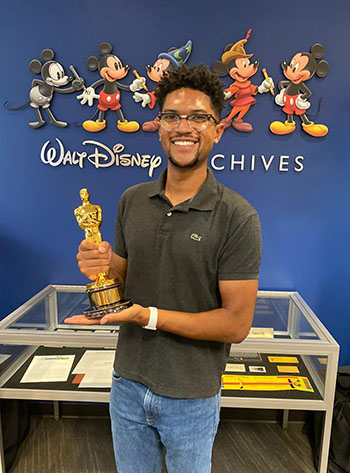 “It’s great because in post-production and VFX, we get to see everything from start to finish. Luckily I haven’t had to bring anyone coffee yet, though I’m super down to do that,” he laughs. The best part is that every day gives him a slightly better sense of where he wants to go professionally.

For Nick, Oxy has provided crucial support along the way, giving him the space “to do something great.”

“Oxy has given me the tools to think critically, to read and to write, and those are the main things you need in order to move through this world. These things have helped me make sense of Disney and my internships as well.”

Nick’s professors and mentors were indispensible during the interview process at Disney, including Visiting Assistant Professor of Media Arts & Culture Vivian Lin and MAC’s Manager of Digital Production Diana Keeler.

“I definitely have mentors that I can call upon to say, ‘Hey, I need help here—what do I do, where should I go?’ My professors have helped me make sense of the interview process and feel prepared," he says. “The Hameetman Career Center was also very helpful with pre-interviewing and assisting with fixing up my resume.”