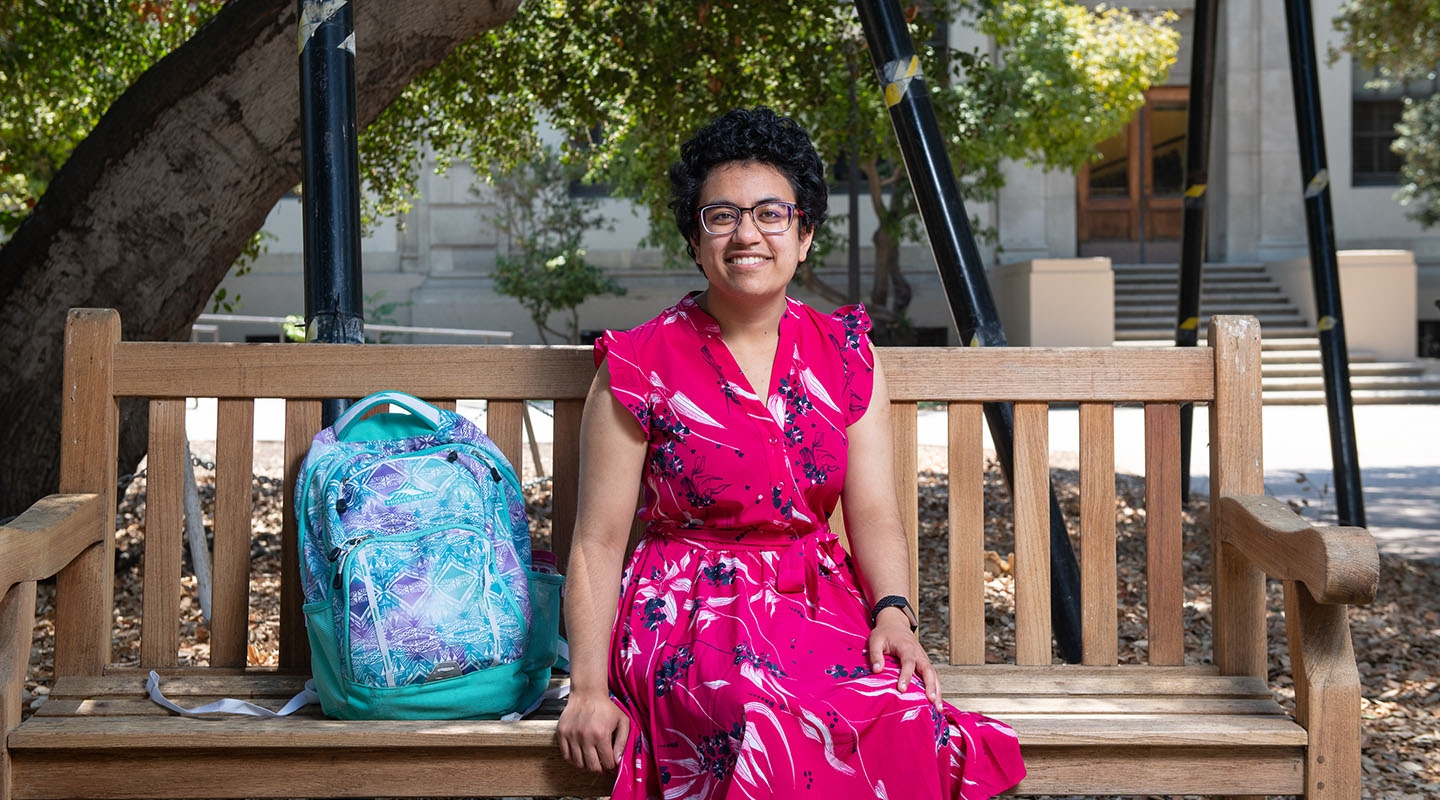 When Radha Arora began her college search, she knew she wanted to stay in California and study economics at a liberal arts college. But what brought her to Oxy was something less tangible.

“I visited Oxy and I just had this moment when I was sitting alone on the quad and it hit me—‘oh, this is where I want to be,’” says the rising junior from Cupertino, CA.

Radha’s intention to major in economics solidified during her first year at Occidental. She participated in the ASSETS (Aspiring Scholars Studying Economics to Succeed) program—a year-long economics CSP (Cultural Studies Program, now named the First-Year Seminar, a signature element of the first-year experience at Oxy). This program was paired with Econ 101 and Econ 102, and participants worked on projects that novice economics students would not typically have exposure to.

“Being in the same room with the same 30 people for the whole year really built a sense of community. Professors Mary Lopez and Kirsten Wandschneider emphasized real-life applications of economics and really reinforced to me that ‘hey, this econ thing is really cool.’ And that made me certain that I wanted to declare myself an economics major by the end of that year,” says Radha.

Now Radha is participating in Oxy’s Summer Research Program through the Undergraduate Research Center. Building on the work of her faculty mentor, Jorgen Harris, Radha’s research project is titled “Women's Work and Low Pay: Testing the Devaluation Hypothesis.” It builds on Harris’ findings that when women enter an occupation and the percentage of females increases, the wages for that occupation fall. Over the course of 10 weeks this summer, she is conducting research to figure out why these wages fall by looking at job transitions through Census data and Current Population Survey using Stata, a statistical analysis software.

I love the theory and the applications economics has in the real world. It’s a social science—it’s not just about money—and it’s a lens for viewing the world and people's behavior.

“I think what really drew me to this project in particular is that I’ve always been interested in issues of equity,” says Radha, “and economics research is just wonderful. I love the quantitative methodology, and the potential to examine pretty much anything you could possibly want to examine. I love the theory and the applications economics has in the real world. It’s a social science—it’s not just about money—and it’s a lens for viewing the world and people's behavior.” 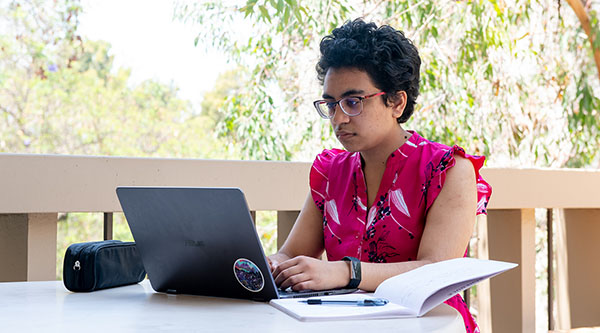 Her economics research is not the only work Radha is passionate about. During her time at Oxy she has been heavily involved at the Writing Center, initially as a first-year taking advantage of its resources, and later as a Writing Advisor.

“I am very proud of my work as a Writing Advisor,” she says. “We’ve really been thinking about how we can preserve individual students’ identities as writers, while also making sure they pass their classes and do what they need to do. That the Writing Center is working to become a place of anti-oppression is something I think is really valuable.”

This year Radha will step into the role of Writing Fellow, where she’ll be embedded in a First-Year Seminar. She’ll be involved in the class and curriculum in addition to giving writing presentations, working with the professor to determine students’ needs, and hosting office hours where students can have their papers reviewed and receive general writing help.

Peer mentorship is a theme in Radha’s Oxy experience. In addition to her work with the Writing Center, she serves on the e-board for the Women of Economics (WoE) student club and will be the co-vice president this year.

“I’ll work on outreach, collaborating with the Economics Students Association and the economics faculty to host events, student/faculty mixers, panels and talks. We also offer a peer mentorship program, where we pair upperclassmen with underclassmen so they can ask questions about the major as a whole, what classes to take, and what the options are for econ majors after they graduate. For me personally, WoE, and especially the mentorship program, provided me with an invaluable support network during our Zoom year.”

Everyone [at Oxy] is so warm and welcoming and ready to help. Not only that, but so engaged with the community and intent on making real, lasting change and impact in the world and our local community.

Radha has found a kindred community at Occidental, one that has been very supportive.

“Oxy talks a lot about its culture of care, and it’s easy for students to roll their eyes. But, I genuinely think the student community really exemplifies that. Everyone is so warm and welcoming and ready to help. Not only that, but so engaged with the community and intent on making real, lasting change and impact in the world and our local community. I’ve met so many amazing and wonderful people at Oxy and I can’t imagine being anywhere else.”