Read about some of our philosophy department alumni.

Tom Moyes ’82, double-majored in philosophy and economics at Oxy. He’s currently the CFO at a private equity firm. 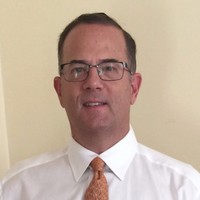 How did you become a philosophy major?

TM: I remember very distinctly that when I was a freshman at Occidental, they had a core program called Collegium, which exposed a group with 1600 kids to all different disciplines. I still remember Marcia Homiak giving a great lecture on Aristotle and baseball. From that day, I started to take philosophy classes because the professors were engaging and taught me to think.

How did being a philosophy major lead to what you are doing now?

TM: The short answer is that philosophy taught me to think critically and ask why. These are things I need in my current career. After Occidental, I went to the business school at the University of Pennsylvania for my MBA. I am now a chief financial officer for a private equity firm. If you think about it, yin and yang, philosophy could be seen as very different from Wall Street finance, but to me, they are just two sides of a coin. I have a practical business degree, and I have a useful philosophy degree.

What did philosophy give you?

TM: Philosophy taught me to think and to read. These days I still read, variously, both practical books and philosophy books. I have never found a philosophy book I did not enjoy. Today, I find my interests in the physics side of philosophy. The thing that challenges me the most is the question of existence; the intersection of philosophy and Stephen Hawking is really exciting.

What advice do you have for recently graduated philosophy majors?

TM: Don’t panic and be patient: something will unfold. I didn’t know what I was going to do when I graduated. I didn’t have a job. It is a lot of pressure for graduates. But as long as you are learning and get to be challenged, I would say, be patient and pursue something.

Ken Lowney, a philosophy major from the class of 1987, now lives in Oakland, CA, and runs a medium-sized architecture firm.

Would you please briefly introduce yourself?

KL: I am Ken Lowney, a philosophy major from Oxy’s class of 1987. Now I live in Oakland, CA, and I run a medium-sized architecture firm. It’s been a long time since [I was at Oxy]!

How did you decide on a philosophy major?

KL: I tried classes in different majors like diplomacy and world affairs and history until I took my first philosophy class. It was an introductory class, and I loved it. The professor’s name is Marcia Homiak, who is passionate about teaching. She filled the room with excitement, curiosity, and intellectual stimulation. She made me interested in philosophy as an active topic that is accessible to everyone. There were a lot of excellent [philosophy] professors at Oxy: I also remember Saul Traiger and William Neblett. Being a philosophy major at Oxy made me participate in a process: it felt as if I were learning the history of philosophy, but also that I was doing philosophy.

Which aspect of philosophy attracts you the most?

KL: We have intuitions about how the world is, and philosophy tries to clarify these intuitions and make them explicit: the way the society works, the cause of revolutions, what we need to be a person, or what is time and space. I always find it exciting to [think philosophically about] these aspects of my existence and experience.

How did you move into your career after majoring in philosophy?

KL: When I was studying philosophy at Oxy, the most frequent question I got was, “What are you going to do with that? It’s a waste of time." What I would do to shut [those people] up was to tell them that I was going to study law and be a lawyer. But I was never serious about being a lawyer. Lawyers are like dentists: have you ever met a happy dentist? So I knew I couldn’t be a lawyer. When I was in my senior year at Oxy, I stepped back and thought, if I could do anything, what would I do? My answer was architecture. As I started to look into it more, I saw a lot of connections between architecture and philosophy. As a matter of fact, the discourse of architecture in the 1990s and 2000s was, and still is, heavily influenced by philosophy. So now, when I am presenting an [architecture] project, it’s a kind of philosophical preparation: I am making an argument of how things are and how they should be. For me, I am successful because of my philosophical background.

How is philosophy related to your architecture projects?

KL: In a sense, I practice social and political philosophy in my architecture projects. We are not just building buildings by themselves: we are building them in our community. And how people in our community interact and create is partially defined by the buildings in the cities. The interest in how society functions changes—could be changed—and how we might want it to or not want it to change starts certainly with philosophical inquiries. Architecture is very similar in how it engages with society. When I am presenting [an architecture] project, I won’t quote Rousseau or Marx, but certainly in the back of my head [I’m thinking about] the impacts of buildings and architectures and the people living around the buildings. It’s a big philosophical conversation about what makes cities and our experiences in cities.

What would you say to senior philosophy majors?

KL: If you are graduating from Oxy with a philosophy major, you should be proud of yourself: it requires hard work to accomplish. Philosophy is all about thinking: making an argument and making it work. Apparently, if you want to practice law, you could do that. But more importantly, you can do anything. You can go into marketing or medicine. Whatever part of the world, from cinematography to politics, philosophy is a fantastic foundation compared to doing something else. The discipline of philosophy gives you many skills that studying other [subjects] do not offer you. The world is changing so much that if you study business, marketing, or communication, what you study could be superseded or outdated by the time you get out of school. So it’s better to just stick to training your mind: the ability to think and write, and the ability to think critically and independently. These are all qualities that every single high-level job requires. Because of that, don’t feel limited if you study philosophy. You should feel just the opposite: it’s the greatest opportunity you have. Some secondary degree might be required to further your education in a more specific way, but you would undoubtedly be great in your future business because you are good at handling situations by analyzing what is happening. Philosophy is an enjoyable thing, and to have it in your life is also a gift.

Sarah Spinuzzi earned her B.A. in Philosophy from Occidental in 2012. After undergrad, Spinuzzi attended Loyola Law School, J.D. 2015. She now works at the Orange County Coastkeeper as an Environmental Lawyer. 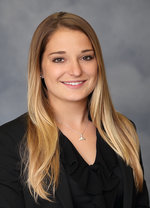 In what ways did you grow from the Philosophy program?

SS: I definitely became a better writer. I went to Occidental thinking that I was a good writer, but really grew from the Philosophy department. I was able to methodically form an argument, something that I do every day in my job. It really is a technical skill and Philosophy helped methodically go through an argument in writing and judge its agency.

What course at Occidental stood out to you the most?

What about the Occidental Philosophy Department stuck with you?

SS: My last year at Oxy, there were eight other graduating Philosophy seniors and I was the only woman, so my senior comps class was me and eight other guys and we got really close. We would have cocktail parties together — bond and pontificate.

I have really good memories of my time in the Philosophy department. It’s hard to describe it. It was not something tangible — you really are learning how to think. Philosophy is about understanding the framework of an argument and work within the framework … and destroy it if necessary.

How did you ultimately decide on Environmental Law?

SS: I knew before even going to college that I wanted to go to law school, but I never foresaw myself doing Environmental Law. After college, I started surfing and saw all the trash in the water that was always around me and regularly paddled through wrappers and I was horrified. I knew I wanted to do litigation from the beginning and was good at land use and environmental issues so I ended up in Environmental Law.

What advice can you give to current and graduating students?

SS: First, all your professors are smarter than you and even if you disagree, listen to them. Even a little bit. There were classes that I thought were a waste of time, but in hindsight, I wish I had taken them.

Second, don’t be an asshole. This was a piece of advice I got from a speech given in law school orientation. The little things you do matter and the people you go to school with are your network and future colleagues. People who go through Occidental are going to be successful and interesting and the more you treat them like business associates, the better off you're going to be in life. You need people in your life who have expertise in areas different than you. The more you develop relationships that are like business relationships, the better off you are.