Jonathan Kozol is the National Book Award-winning author of Savage Inequalities, Death at an Early Age, The Shame of the Nation, and Amazing Grace. He has been working with children in inner-city schools for nearly fifty years. His most recent book is Fire in the Ashes: Twenty-Five Years Among the Poorest Children in America.

Héctor Tobar is a Pulitzer Prize-winning journalist and a novelist. He is the author of The Tattoed Soldier (1998), Translation Nation (2005), and The Barbarian Nurseries (2011; chosen as Occidental's First-Year Reading for 2012-2013). He writes a weekly column for the L.A. Times.

Jesús Treviño is an award-winning writer and director whose television directing credits include Law and Order: Criminal Intent, Bones, NYPD Blue, ER, The Practice, Chicago Hope, among many others. Mr. Treviño began his career in film and television as a student activist documenting the 1960s Chicano civil rights struggle with a super-8 camera. Throughout the late sixties and early nineteen seventies, he was both a participant and a chronicler of the events and issues of the day.

Jill S. Schneiderman is Professor of Earth Science at Vassar College. Her interests include environmental issues, feminism, and the history of science. She is editor of and contributor to For the Rock Record: Geologists on Intelligent Design (University of California Press, 2009) and The Earth Around Us: Maintaining a Livable Planet (Westview Press, 2003).

Richard A. Muller is Professor of Physics at the University of California, Berkeley, and Faculty Senior Scientist at the Lawrence Berkeley Laboratory. He is an award-winning teacher and the best-selling author of Physics for Future Presidents (W.W. Norton, 2009), based on his renowned course for non-science students. His most recent book is Energy for Future Presidents: The Science Behind the Headlines (W.W. Norton, 2012). 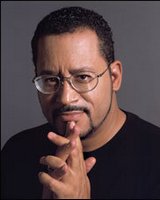 Michael Eric Dyson, named by Ebony as one of the hundred most influential black Americans, is the author of sixteen books, including Holler if You Hear Me, Is Bill Cosby Right? and I May Not Get There With You: The True Martin Luther King Jr. He is currently University Professor of Sociology at Georgetown University. He lives in Washington, D.C.