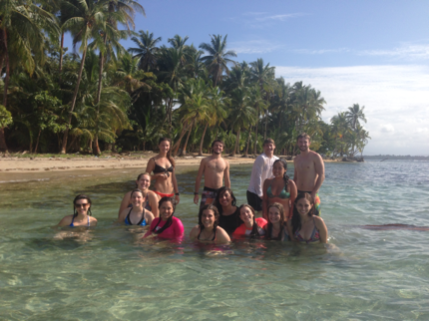 After being at ITEC for about a week, we have become acclimated to the "field biologist" lifestyle. The days leading up to today were filled with mastering the challenging feat of data collection while snorkeling. In addition, each group came up with topics and all that remained was to collect the necessary data. Speaking for my group (and perhaps the entire class) we were all recharged and ready for some intense collection after the  trip into town last night. And intense collection we did! Connor, Elise, Emma, and I were out all morning, getting some sweet "obs" on the Yellowhead Jawfish, a small burrowing goby found in the tropics. The other groups were either out collecting their data simultaneously or waiting to collect more data in the afternoon at a different site. By late morning we returned to ITEC triumphantly with all of the data necessary. We were all in good spirits during lunch, however, I was still thinking about some looming data to collect on my amphibian friends: the Strawberry Poison-Dart Frogs. 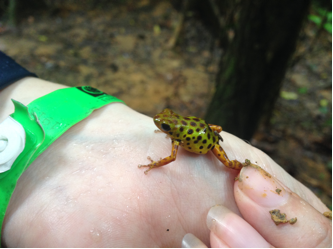 Professor Zellmer (my mentor for the project) and the very willing Sisterwoman Elise helped me in collecting the last of my frog data in the mosquito-ridden forest behind the ITEC station. Upon finishing, the three of us walked for 45 minutes along the one main road of Isla Colon. Our destination was Bocas del Drago, one of the sites where other groups were collecting data. The sound and sight of the ocean was quite welcoming to us, seeing that we were sweaty and covered in mosquitoes. We stumbled upon the majority of the class relaxing in the shallows of the beach and we quickly joined. For the next hour, we enjoyed each other’s presence in this pristine tropical paradise, satisfied with the days’ work.