Veterans are important members of the Occidental community 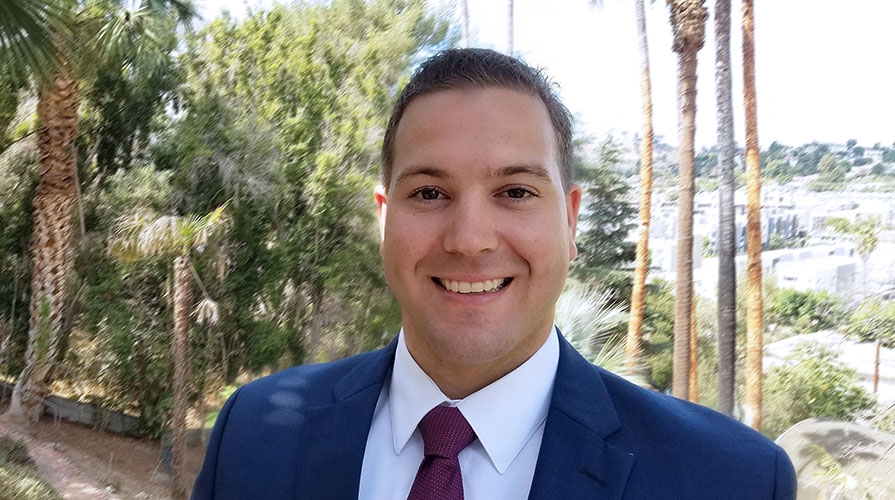 When you first think about Occidental College, do you immediately think about veterans? Probably not.

At the end of the 2017–18 academic year, Cameron Peters, Daryl Barker, Aaron Hammond and Eileen Peters were the first group of veteran students to graduate from Occidental College since 2004. After realizing the gap in enrollment, college administrators began to take a deeper look at why the school has struggled to attract servicemen and women to pursue their studies at the campus.

Veterans provide benefits to a classroom setting, and those who have served in the military offer experiences that the majority of college students do not possess. Adding a diverse demographic only scratches the surface of what they bring to the table, though. Veterans have traveled the globe; they have wartime experience and training; they’ve spent prolonged periods away from loved ones, enduring combat deployments; they understand leadership. The veteran perspective is not only unique, but it adds tremendous value when incorporated into a college campus like Occidental’s.

Prior to the 2018-19 academic year, Barker and the other veterans became pioneers on campus, helping build a path for future student veterans transitioning back to civilian life by voicing their concerns to the administration. Barker and others also conferred with staff to develop solutions for issues they continued to face during their time at Occidental. Many veterans have different lifestyles, including families, non-educational responsibilities, and/or disabilities that may be quite different than those of your typical college student. Age is also a huge factor—many veteran students are a decade older than a typical college first year.

The veterans’ efforts convinced the school to continue participating in the Ahmanson Student Veteran Initiative, which incentivizes bringing more vets to the Oxy community through special scholarships and a new housing effort.

By the time the Spring 2019 semester rolled in, Occidental brought another veteran to its community: myself. I joined Oxy as a junior, transferring from Pasadena City College. Before college, I served on active duty in the U.S. Marine Corps as a heavy equipment operator. During my first semester, I joined the effort to ensure my predecessors’ work would not be forgotten.

My goal is to continue to build our resources by helping establish a program that encourages veterans to see firsthand that Occidental should be of interest to them. In the push to attract more veterans, Occidental has brought in a new staff member, Nathan Graeser, B.A., Indiana University, Bloomington; M.S., Ph.D., University of Southern California, who will serve as the director of Occidental’s new Veterans Program. Graeser, who serves as an Army National Guard chaplain, social worker, father, husband and veteran advocate, has been hired to do what he does best: help vets.

The mission of the program will be to not only show veterans that Occidental has space for them to seek the critical resources they may need, but that those spaces will be designed to provide comfort during their transition from military life, which is often a difficult one. The journey won’t be easy. We need to show veterans that Occidental is a welcoming campus with reputable resources, where everyone’s experiences are valued. Occidental has that illustrious reputation. Our college employs an incredible staff and offers one-of-a-kind opportunities that will forever contribute to the lives of the natural leaders passing through its doors. Veterans deserve the chance to participate in this experience.

I am happy to say that three more veterans have joined Oxy this fall. Follow along as we build our program! Find us on Instagram @oxyveterans.

Tyler Melchisky is a junior history major. He can be reached at tmelchisky@oxy.edu. This Letter to the Editor originally appeared in The Occidental student newspaper.