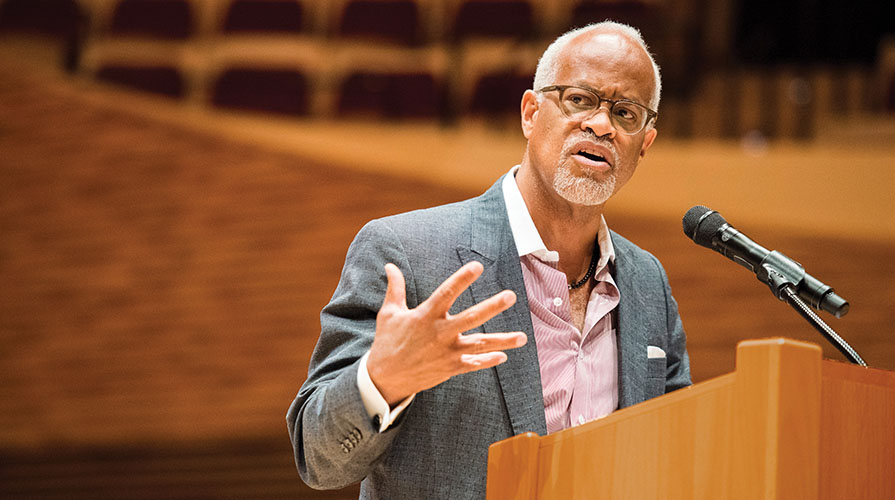 Elam took office July 1, 2020, the unanimous choice of the Occidental Board of Trustees as the successor to Jonathan Veitch, who announced in January 2019 that he planned to step down after an 11-year presidency.

Elam came to Occidental from Stanford University, where he served as vice provost for undergraduate education for a decade and was responsible for nearly all policies and programs relating to the university’s 7,200 undergraduate students. He helped lead a major rethinking of Stanford’s undergraduate curriculum as well as a separate effort to create a new vision for the university’s student residences.

In addition to his role as vice provost for undergraduate education, since 2017 Elam served simultaneously as Stanford’s first vice president for the arts, overseeing Bing Concert Hall, the Cantor Art Museum and all other non-departmental programs, and as senior vice provost for education, responsible for the Haas Center for Public Service and other student-facing programs.

Having grown up in the turbulent era of court-ordered school desegregation in Boston, Elam also is a leader on issues of diversity and inclusion. Among his many efforts at Stanford, he created the Institute for Diversity in the Arts, initiated a summer bridge program for first-year students from under-resourced high schools, and designed a program to increase the number of students of color pursuing graduate degrees in STEM fields.

A graduate of Harvard College, Elam earned his doctorate in the dramatic arts at UC Berkeley. He is the author and co-editor of seven books, including the award-winning The Past as Present in the Drama of August Wilson (University of Michigan Press, 2006), and dozens of journal articles and book chapters. He was inducted into the American Academy of Arts and Sciences as well as the College of Fellows of the American Theatre. The Association for Theatre in Higher Education awarded him its highest recognition, the Distinguished Scholar Award, and he is the recipient of the Career Achievement Award from the American Society for Theatre Research. At Stanford, where he joined the faculty in 1990, he was awarded six different teaching awards.

His wife, Michele Elam, is William Robertson Coe Professor in the Humanities at Stanford and an associate director of the Institute for Human-Centered Artificial Intelligence. Their daughter Claire Patterson, a 2016 Stanford graduate, lives and works in Los Angeles. 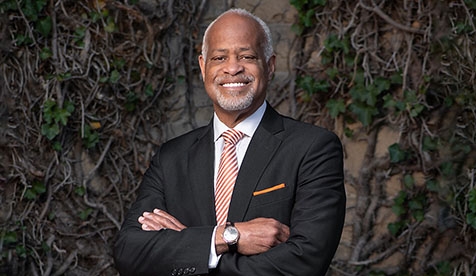 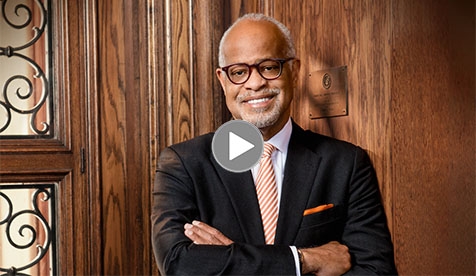 Browse a video archive of speeches and special events hosted by President Harry J. Elam Jr. for the Occidental community.