As a Movie Location | Occidental College

As a Movie Location 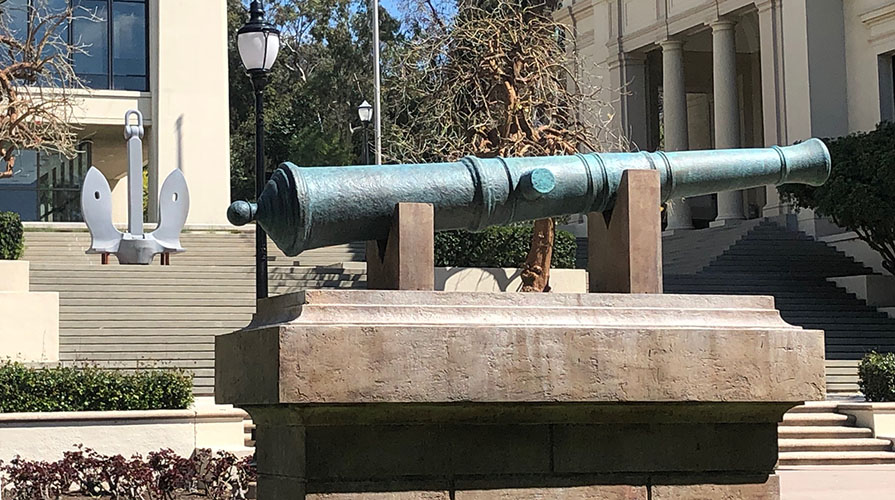 Lights! Camera! Oxy! From the Marx Brothers to the Wayans Brothers, the Oxy campus is a mecca for Hollywood filmmakers.

Photo caption: a picture of campus set up to look like the Naval Academy from the NCIS shoot in March 2019.

Five years after the dawn of talkies, the Marx Brothers descended on Patterson Field in a horse-drawn garbage-can chariot in Horse Feathers. Oxy has doubled as the setting for colleges real (Stanford, Princeton, Texas State University) and fictitious (Southern Ohio University). We've even been the planet Vulcan (in Star Trek III: The Search for Spock).

From 1993 to 1997, the cast and crew of Beverly Hills 90210 were frequent visitors to Occidental, aka California University. More recently, Oxy has taken on the roles of the U.S. Naval Academy; a science museum in Washington, D.C.; and the U.S. Embassy in Belgravia for TV's No. 1 drama, NCIS (which returned to campus in 2019, eight years after its initial visit).

The Kids Are All Right (2010) with Annette Bening and Julianne Moore (Bening returned to campus—playing an Occidental professor, no less—in The Face of Love in 2013)

Made of Honor (2008) with Patrick Dempsey

The Holiday (2006) with Kate Winslet and Jack Black

The Impossible Years (1968) with David Niven

Pat and Mike (1952) with Katharine Hepburn and Spencer Tracy

Goodbye, My Fancy (1951) with Joan Crawford and Robert Young

That Hagen Girl (1947) with Shirley Temple and Ronald Reagan

Life Begins in College (1937) with the Ritz Brothers