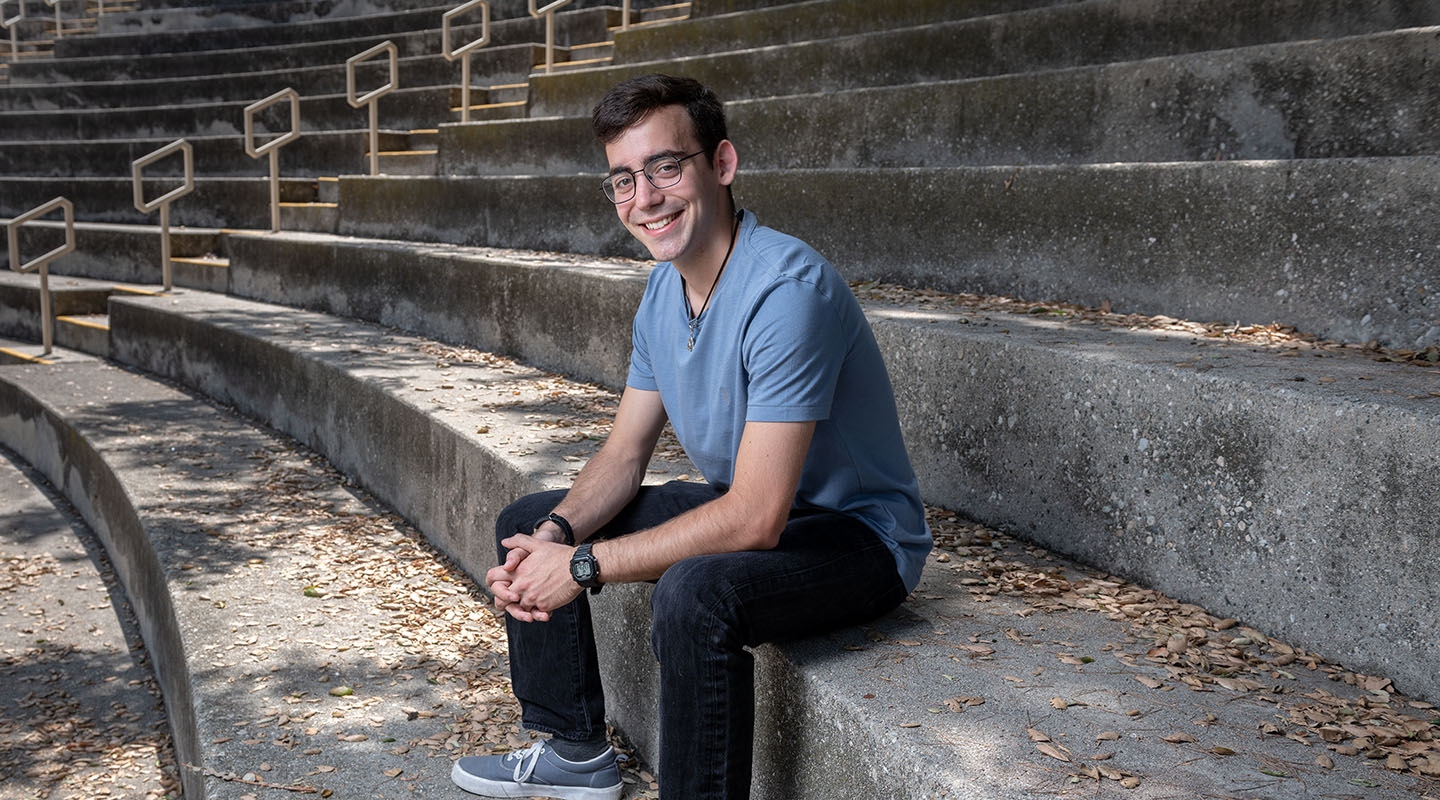 Máté Major came to Oxy from Hungary, succumbing to the siren call of the Comparative Studies in Literature & Culture department. Diving in deep through the Summer Research Program, he hasn’t looked back.

Born in Budapest, Hungary, Máté Major and his family spent most summers in San Diego, where his professor father taught courses at UCSD. He remembers going to Sea World and the YMCA, and his exposure allowed him to perfect his English.

By the end of his first year of high school in Hungary, he and his family were deciding what to do with their collective life. It came down to the educational path for Máté and his brother, Benjamin.

“Either we finished high school in Hungary,” Máté said, “which most likely meant college and life there, or we would return to the U.S. to attend high school so we could apply for college as in-state residents. At 15, I pretty much decided the latter was going to be the path.”

He and his brother ultimately moved to Los Angeles, where they lived with their older sister, and Máté graduated from Harvard-Westlake School. His transition to Oxy was pretty natural following an inspiring meeting with Professor Damian Stocking of the Comparative Studies in Literature & Culture department during his senior year.

“Professor Stocking gave me his spiel, telling me what the CSLC department is all about and talking about his Cultural Studies Program course, “Literature and Philosophy.” It all just sounded fascinating.” 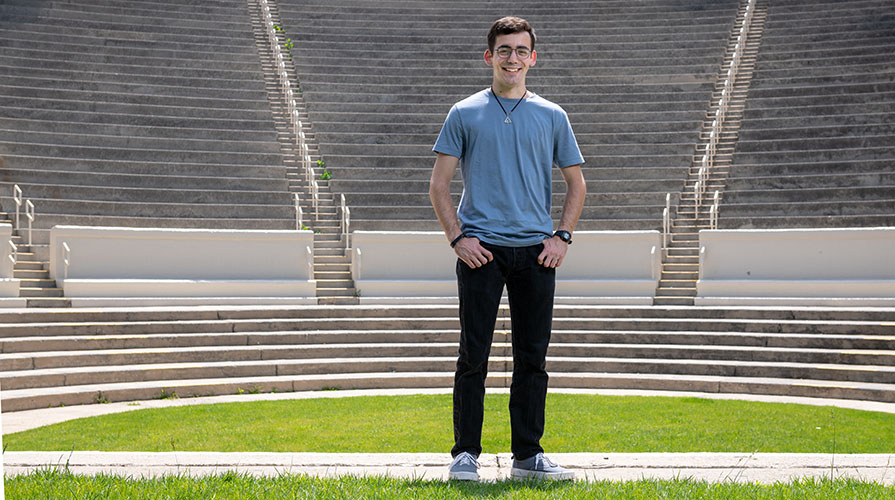 Sold on the department and Oxy, Máté took Stocking’s aforementioned course (“Mind-blowing. I fell in love.”) as well as “Philosophy and the Arts” and “Russian Science Fiction and Fantasy.”

“My first semester was packed with CSLC and so was the second. I got a broad and deep overview of the history of philosophy as well as different ways of reading literature and engaging with art through multiple lenses. Professor Stocking’s passion is very evident, and he has ferocious knowledge of most things mortal and under the sun.”

At the end of Máté’s first year, Stocking recommended the Undergraduate Research Center’s Summer Research Program (SRP), knowing Máté was looking to continue his studies and thinking process into the summer. He and Stocking worked together to narrow his focus and define his SRP project, titled “Laughing Into the Abyss.”

Máté describes it as an investigation of two extremes of the comedic genre, an analysis of the works of classical Greek playwright Aristophanes and modern Irish author Samuel Beckett. His work this summer is potentially laying the foundations for his senior comprehensives, he says.

When I finished that book and my related paper, I just felt like a better person. I felt elevated. I was ecstatic.

So what was the highlight of Máté’s first year at Oxy? Believe it or not, it was finishing Herman Melville’s epic tome Moby Dick in Stocking’s “Prometheus: Agonies of the Absolute” class.

“We tried to balance the literary and philosophical history that is very much embedded in Moby Dick with the text itself, and it resulted in this insane reading that was absolutely riveting and probably the most unique reading experience I've ever had,” he says.

“When I finished that book and my related paper, I just felt like a better person. I felt elevated. I was ecstatic. Which is weird, because I know that Moby Dick gets a bad rap, and people have mixed feelings about it, but if that doesn't speak to the merits of the CSLC department—that we can make Moby Dick awesome—then I don’t know what will.”