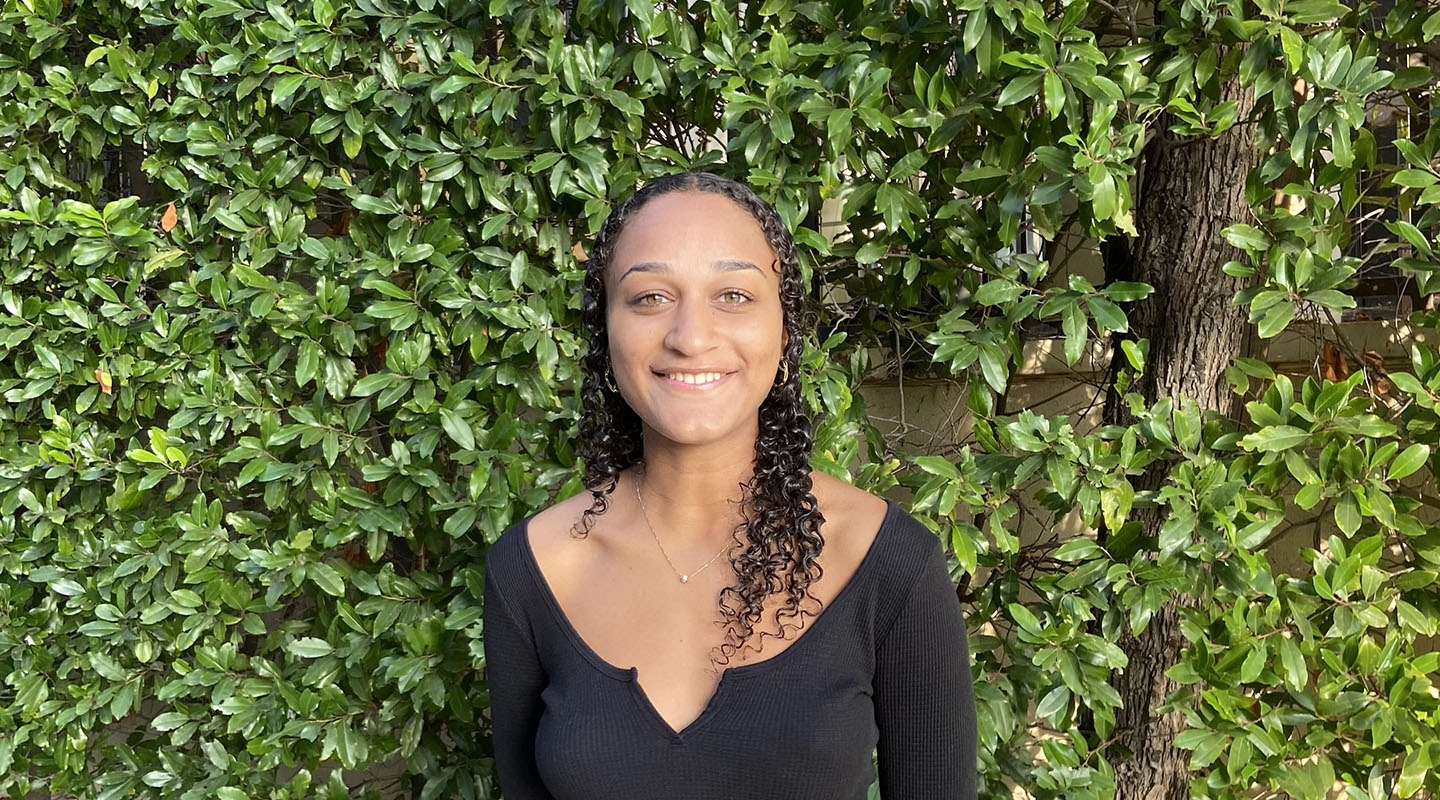 At Oxy, Mikayla Woods is focused on Blackness through an interdisciplinary lens as she pursues her goal of eventually earning a Ph.D. in Black Studies. She is finding inspiration and support from her faculty mentors every step of the way.

Mikayla met her first academic adviser by chance as a first-year student at Oxy’s Academic Fair. She started out talking to Associate Professor of English and Black Studies James Ford III about Toni Morrison, and the conversation continued for another 30 minutes. By then she’d already decided to enroll in his 300-level “Afrofuturism” literature course the following semester.

“I genuinely think I have the best three academic advisers in the whole world—they are the most supportive people,” Mikayla says. “So many times I’ve gone to office hours and we just talk about life, or they give me great advice. They’ve really taken me under their wing and I’m incredibly grateful.”

She is particularly interested in Black feminist theory and history, and the intersectional experiences of Black women in the United States. She loves learning about the Antebellum Period, Ball’s area of expertise, and historical figures like Ida B. Wells, Sojourner Truth, and Harriet Jacobs.

I genuinely think I have the best three academic advisers in the whole world—they are the most supportive people. They’ve really taken me under their wing and I’m incredibly grateful.

Last spring, Mikayla collaborated with Ford on research through the Undergraduate Research Center (URC). She helped him transcribe and annotate his interview with R.A. Judy, author of Sentient Flesh. Ford also assigned her various readings, which they discussed together.

“I felt so honored that I was able to engage in that work with him, and also to see this project emerge that I’m really proud of and we’re now working on getting published.” 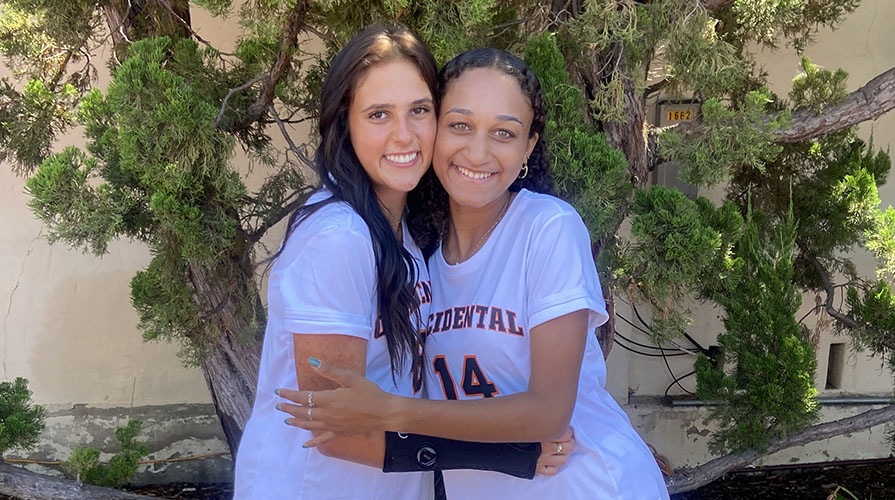 Mikayla is eager to have her writing published, and she’ll be participating in the URC’s Summer Research Program next year, working with Prebel to start writing a book chapter that will become her senior comps for her American Studies major.

“One thing I’ve loved about Oxy is that it doesn’t just let you stay comfortable in what you do—Oxy has really pushed me to get outside my comfort zone and I’m really leaning into that. I’m learning to leave my classes full of questions and accept that I don’t have all the answers but should keep pondering.”

Oxy’s Black Studies major was a big draw for Mikayla. She loves the program’s interdisciplinarity, which allows her to look through the lenses of politics, history, literature, religion and more. She has also felt invested in helping to build out the major through her participation in the Black Studies Student Association, who recently met with candidates for two new faculty positions in the department.

In fact, after eventually earning her Ph.D. (she’d love to stay in Los Angeles as she so appreciates the “lifelong connections” she’s built here), she dreams about teaching at a liberal arts college like Oxy—possibly even in Oxy’s Black Studies department.

I definitely don’t think I would have seen this path and had such a clear idea of my future if I hadn’t been able to talk it through with my professors and get their advice.

Apart from academics, Mikayla also plays on the College’s women’s soccer team, another thing that drew her to Oxy. It was important to her to feel like she could pursue her athletic career while also focusing on her education, she says, and she’s found it very impactful to be part of a team and have that sense of community.

“I feel like everyone at Oxy wants me to succeed and I feel like I have people in my corner who are backing me up. My advisers are all super busy but they still invite me to come to their office hours to talk about my research or grad school.

“I definitely don’t think I would have seen this path and had such a clear idea of my future if I hadn’t been able to talk it through with my professors and get their advice.”