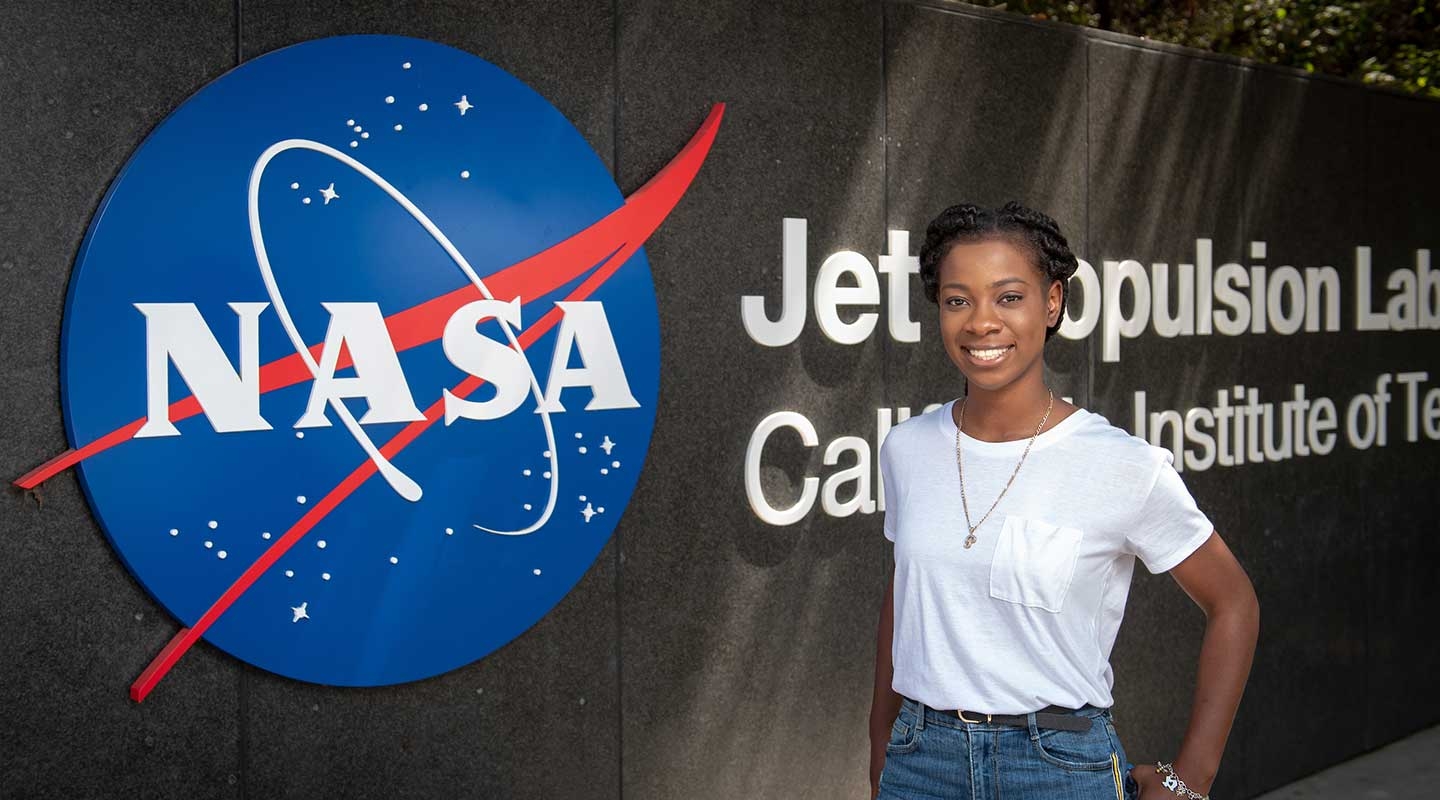 Tre’Shunda James is reaching beyond the stars—to planets beyond our solar system—at NASA’s Jet Propulsion Laboratory. The Texas native shares how she’s reaching new heights on campus and beyond.

With support from faculty mentors, James has found opportunities to learn and grow in the physics and chemistry fields while expanding her horizons beyond science. As a participant in the Undergraduate Research Center's Summer Research Program, she's spending another season reaching new heights alongside JPL scientists.

I found out about Oxy at my high school in Houston during a “college day.” A representative [from Occidental] came to share about the school. I was also enrolled in a program called EMERGE for under-represented or inner-city kids to help them prepare for college, and I heard about it again. I thought, “This school keeps coming up,” so I looked into it and found out about volleyball at the college, because I played volleyball in high school. My high school was small, so Oxy just seemed to be the right fit. It seemed like it would be a good transition. Those first two years, I learned to prioritize schoolwork and practice during certain time frames and my grades didn't suffer. As a rising senior, upper-class courses are getting more challenging, and I need to put more time into my physics classes. I'm no longer playing volleyball.

Initially, I planned to do the 3-2 program to study engineering, but when I got to Oxy, I realized I liked physics a little more than just engineering. I started taking physics courses my first year, and the intro class was hard, but I managed to get through it. I later realized I wanted to add chemistry to the mix. Now I'm a physics major and a chemistry minor. I work in the organic chemistry lab on campus with Professor Jeffrey Cannon, and he's been really helpful as I define my next steps between physics and chemical engineering. I've been able to experience the hands-on chemistry side by working in his lab and have grown comfortable with him and my adviser, Professor Janet Scheel, who is in the physics department. She's been giving me a lot of insight on what classes to take and what I should look forward to. 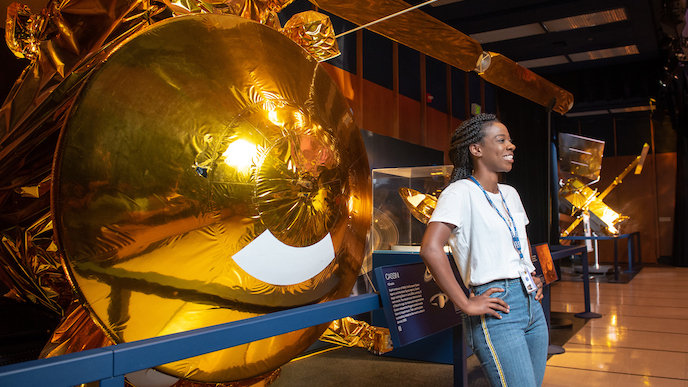 Reaching for the Stars

I'm in my third semester of interning at Jet Propulsion Lab. I first heard about the opportunity through the COSMOS scholarship program, when they sent me a letter with information on how to apply. Then, after speaking with Professor Carmel Levitan about summer internships, she told me about the SIRI program at JPL. Only first-years can apply and you have to have a certain GPA. Mine wasn't quite there, but I went for it anyway and was accepted to the program. It all happened very fast.

My project looks at ways we can characterize exoplanets (planets outside of our solar system). I use a theoretical model published by my mentor to look for biosignatures, which are signs of life, like chemical species involved in photosynthesis. We run simulations by changing different variables to create a terrestrial exoplanet, varying what it looks like and what it can produce. Then we look at the atmosphere that it comes up with, for instance looking at whether it has oxygen. It's more theory work; we don't know for sure these even exist, but the science behind it can be very helpful if we do find planets similar to what we've studied. It's pretty fun, and now we're in the final stages of publishing a paper on the subject.

As part of Oxy's Core requirements, we have to take classes outside of our majors. Because of this, I took a really great course called Ancient Israel and the Hebrew Bible, which got me interested in religious studies. I was able to take more classes on the subject. When I was in high school I didn't even like history, but I appreciate that Oxy allows us to broaden our horizons. I'm becoming whole as a scholar in that respect. Beyond classes, I work two jobs: I tutor with SSAP twice a week—students come in and ask for help on their homework. It's been super helpful for me and allows me to remember what I've learned, teach and feel confident in what I'm helping them with. I also work at the ITS Help Desk, so if you have any problem with your computer, I can probably help you out. I don't look at these activities as jobs, they're really just opportunities for me to learn.