from Our Students, Alumni and Faculty

Here are some highlights of the work of our students, alumni and faculty. 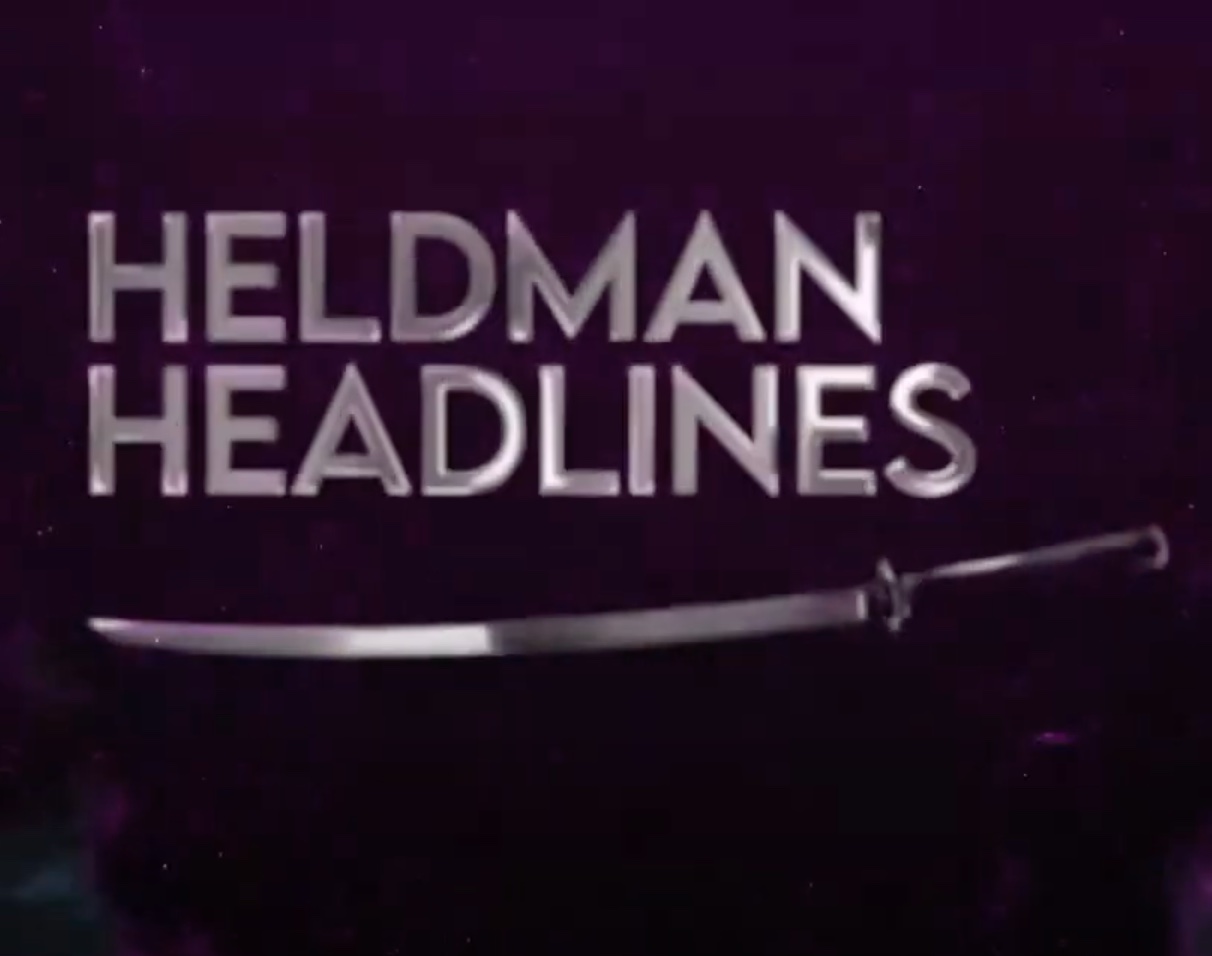 circa 7 minutes of Daily Headlines and Analysis 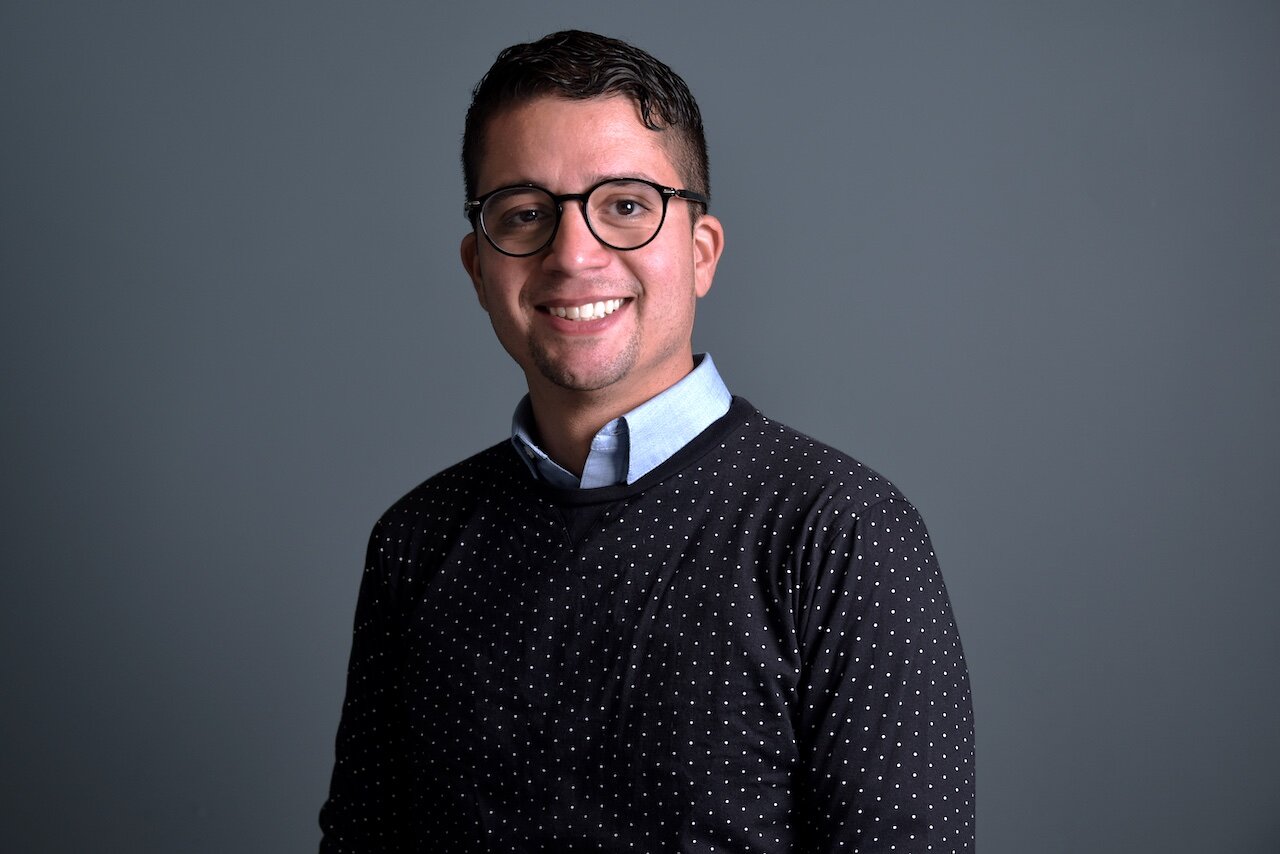 Created by CTSJ alumn, Richard Reyes, the + ME PROJECT is a community partner dedicated to empowering middle & high school youth to build their confidence for college, career, and community advancement by teaching the art of storytelling. Their vision is for everyone to find motivation, connection, and self-worth by listening to others & sharing their own stories.

PLUS ME Project was launched by former Los Angeles Unified School District (LAUSD) graduate, Richard Reyes, in July of 2013. While earning his Bachelor of Arts degree in Critical Theory/Social Justice from Occidental College, he began sharing his journey of becoming the first in his family to attend college with local middle and high school students. After speaking to over 12,500 students from over 70 schools and conducting research in the nonprofit landscape of student-centered motivational speaking programs, the need was clear. A narrative-based outreach program to students could satisfy a great need in Los Angeles.

Richard trained a small group of relatable role models from the community and began visiting schools throughout the city to share their journeys of how they made it to and through college. After many presentations, he realized that although the students were inspired by the stories they heard - something was still missing. The students were lacking tools and resources that taught them how to self-reflect, build their confidence, and articulate their own resilient narratives.

Over seven years, PLUS ME developed a program model that has emerged them as an industry-leading organization known for helping students craft and articulate their own stories for college and career advancement. Since inception, PLUS ME has positively impacted the lives of over 100,000 students from over 300 underserved middle and high schools throughout Southern California. 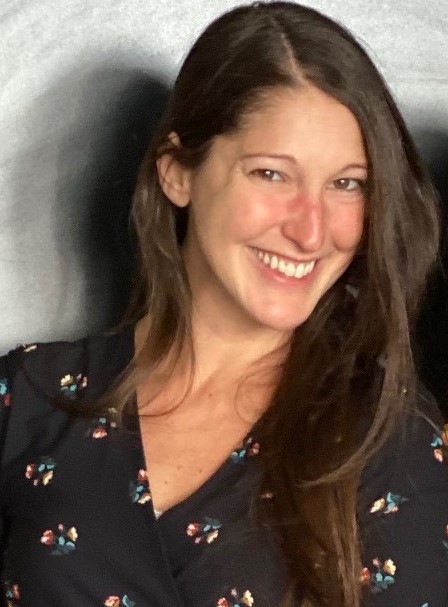 Ms. Devine earned her bachelor’s degree in Critical Theory and Social Justice from Occidental College and earned her Master of Public Management degree from the University of Maryland’s School of Public Policy.

Shanna Devine serves as the Director of the House Office of the Whistleblower Ombuds. In that capacity, Ms. Devine is responsible for 1) developing best practices for whistleblower intake for House offices, and 2) providing trainings to House offices on how to safely receive information from whistleblowers.

Ms. Devine has over a decade of experience working in partnership with whistleblowers and Congress. She began her career with the Government Accountability Project, a whistleblower protection and advocacy organization, where she served as Legislative Director and Investigator until 2016. Most recently, Ms. Devine advocated for whistleblower and other occupational rights for the public-interest organization Public Citizen.

Since 2008, Ms. Devine has advised whistleblowers within the public and private sector on how to safely and constructively work with Congress.

See the Official Annoucement by Speaker of the House, Nancy Pelosi

Washington, D.C. – Speaker Nancy Pelosi today announced she has appointed Shanna Devine as the inaugural Director of the House of Representatives’ Office of the Whistleblower Ombudsman.  Devine most recently advocated for whistleblower and other occupational rights for Public Citizen, a public interest organization located in Washington.

Throughout her career, Devine has worked with Congress to strengthen whistleblower protections and communications.  She has led campaigns for passage of landmark whistleblower laws, including Congress’s unanimous passage of the Whistleblower Protection Enhancement Act of 2012.  She has extensive experience conducting trainings on best practices for working with whistleblowers, and in 2015 and 2016 she played a strategic role in the establishment of the bipartisan Congressional Whistleblower Protection Caucuses.  Since 2008, Devine has worked with whistleblowers to unearth abuses within the public and private sector, and to safely channel their disclosures to Congress.

The Office of the Whistleblower Ombudsman, established in the House Rules package passed at the outset of the 116th Congress, will develop best practices for whistleblower intake for House offices and provide trainings to House offices on how to safely and confidentially receive information from whistleblowers.  The Office of the Whistleblower Ombudsman is an independent and nonpartisan office.  The Director is nominated by the Speaker of the House in consultation with the chairs and ranking minority members of the Committees on House Administration and Oversight and Reform.

“Whistleblowers shine a bright light on malfeasance in our government and the private sector,” said Speaker Nancy Pelosi.  “There has long been a bipartisan commitment to protecting the voices of those who speak the truth and put their livelihoods on the line to root out waste, fraud and abuse.  Shanna Devine comes highly recommended from the whistleblower advocacy community for her extensive experience working with Congress, advocacy groups and the public to strengthen protections for whistleblowers, as well as developing and leading trainings for public interest groups, federal agencies, Congress and relevant working groups and leadership councils.  Her deep policy experience will be vital, as the first-ever Director of the Office of the Whistleblower Ombudsman, as she works to ensure that the House has the support and tools to carry out our legislative oversight responsibilities for the American people.”

“Whistleblowers have long played an important role in protecting our democracy, often putting their job security in jeopardy to expose wrongdoing, waste, fraud and abuse in government and in the private sector,” said Committee on House Administration Chairperson Zoe Lofgren.  “The Congress has a strong history of bipartisan support for whistleblowers.  The establishment of the House Office of the Whistleblower Ombudsman and the appointment of Shanna Devine to lead this new office is an important step to uphold our end of the bargain by providing offices of the House of Representatives with the resources and trainings necessary to protect and empower those who strive to bring about accountability and transparency for the American people.”

“By establishing an Office of the Whistleblower Ombudsman, the House of Representatives made an important commitment to providing Member and Committee offices with the training and tools necessary to appropriately handle whistleblower complaints,” said Committee on Oversight and Reform Chairwoman Carolyn Maloney.  “Shanna Devine is impeccably credentialled, deeply experienced, and is an ideal choice to lead this new office.  Ms. Devine is a strong advocate for whistleblowers, is well-practiced in leading congressional whistleblower trainings, and is a frequent invited speaker on whistleblower issues before Congress.  She has led whistleblower trainings with more than 90 participating groups, including trainings for the Whistleblower Ombudsman Working Group, federal whistleblower agencies and the Council of the Inspectors General on Integrity and Efficiency.  Ms. Devine’s skills and experience will be invaluable to the House’s oversight responsibilities, and I look forward to working with her in this new role.”

“I am honored to be appointed by Speaker Pelosi to lead the newly established House Office of the Whistleblower Ombudsman,” said Devine.  “I look forward to working collaboratively with the House community to provide offices with the tools, trainings and best practices to effectively work with and support whistleblowers.”

“I am elated at the news that Shanna Devine will lead the newly created House Office of the Whistleblower Ombudsman,” said Danielle Brian, Executive Director of the Project on Government Oversight (POGO).  “The office was created to address a lack of consistent understanding across House offices on how to best work with whistleblowers, who can serve as a tremendous resource to Congress.  I've worked with Shanna for over a decade and know her to be a tireless advocate for whistleblower and worker rights.  Her deep understanding of the importance of whistleblower-congressional communications will surely lead the office to be a resounding success felt for years to come.  On behalf of POGO, I look forward to seeing this office succeed under her leadership and vision and commend leadership on this excellent choice.”

"Whistleblower protection is taxpayer protection, and no one has a better grasp of this crucial connection than Shanna Devine,” said Pete Sepp, President of the National Taxpayers Union.  “Time after time, National Taxpayers Union has worked with Shanna Devine on key whistleblower issues involving a wide range of fiscal concerns, from taxpayer rights abuses to contracting fraud to misspent agency funds.  In each instance she has displayed remarkable depth of knowledge, coalition skills, and managerial talent – all of which will serve her, the Congress, and American taxpayers superbly in the new House Office of the Whistleblower Ombudsman.  Taxpayers will be grateful for Shanna Devine's leadership in making this vital initiative the success it needs to be."

“At a time of unparalleled need for an effective, talented and committed whistleblower ombudsman, the House of Representatives has responded with the inspired selection of Ms. Devine for this exceedingly important position,” said Louis Clark, Executive Director and CEO of the Government Accountability Project.  “Like most whistleblowers themselves, Ms. Devine has demonstrated an allegiance to the truth throughout her career, regardless of its impact on partisan politics.  The need for truth-tellers to be heard and respected is exactly why this position was designed, and we at Government Accountability Project commend the House’s selection of Ms. Devine to fulfill this role.  The public generally and the electorate specifically need to know that Congress is unified in its support for and protection of whistleblowers, and we believe Ms. Devine’s tenure as Director of the Office of Whistleblower Ombudsman will continue this trend."

Devine began her career with the Government Accountability Project, a whistleblower protection and advocacy organization, where she served as Legislative Director and Investigator until 2016.  She earned her Master of Public Management degree from the University of Maryland’s School of Public Policy.  She earned her bachelor’s degree in Critical Theory and Social Justice from Occidental College.

The House Office of Whistleblower Ombudsman will provide best practices and trainings for offices of the House on whistleblower intake, which include establishing an effective reporting system for whistleblowers, maintaining whistleblower confidentiality, advising staff of relevant laws and policies and protecting information provided by whistleblowers.