Meet some of our Group Language majors. 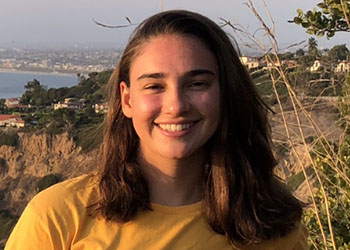 I have always been fascinated by languages—the way they’ve developed over time and how humans learn first and second languages. I ultimately decided to double major in cognitive science and Group Language so I could continue to explore my interest in language as well as my curiosity about the human mind. As a Group Language major, I study both linguistics and French. Linguistics 301, “Introduction to Linguistics,” was one of the classes that motivated me to choose Group Language as my major because it was unlike any other class I had taken. I got to learn about the social, historical, and scientific aspects of language and I had a lot of fun learning about different dialects.

Some standout classes I’ve taken are “Phonetics” with Professor [Mariška] Bolyanatz Brown and “Seminar in Genre: Francophone Voices of Africa and the Caribbean” with Professor [Lauren] Brown. I really enjoyed the discussions we had in our French class and I liked how we watched relevant films in addition to reading books in French. The phonetics class I’m currently in is challenging, but I’ve enjoyed learning about the different sounds of the world’s languages in a way that I never have before. One of my favorite classes is French Conversation, which I take every semester to keep up with my French speaking skills. I have formed great connections with the exchange students from France who teach the classes.

Do you plan to study abroad?

I plan to study abroad in Montpellier, France during the upcoming semester and I am excited to be able to improve my French language skills through immersion. Studying French language and culture in the university town of Montpellier will allow me to interact with local French students and experience the French culture I’ve been learning about at Oxy. I know that studying abroad will give me a new perspective on global education and I can’t wait to make international connections with other students and professors.

Studying French at Oxy has allowed me to learn about so many different francophone cultures around the world through poems, novels, plays, and films. I’ve also found that I can often connect what I’m studying in my French classes to my other courses in linguistics and cognitive science.

My advice would be to take as many classes as possible from different disciplines that count towards the Group Language major because, in my opinion, it’s always more interesting to view a subject from multiple perspectives. Many of my favorite classes have been cognitive science and philosophy classes that connect to linguistics! 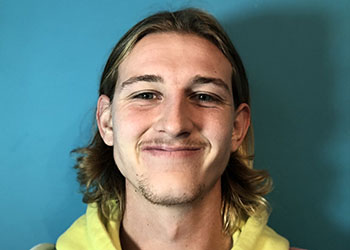 I originally came to college looking to study physics and Spanish, but fell in love with linguistics when I took the “Introduction to Linguistics” (LING 301) course in the fall semester of my sophomore year. After talking with Professor [Mariška] Bolyanatz Brown about my new interest, she helped me to discover the Group Language major, which allowed me to continue studying Spanish and linguistics.

Oxy professors in general are phenomenal, but they pale in comparison to the language department. Anyone entering the 4th floor of Johnson (the language professor hub) is immediately greeted in at least three different languages. If I had to pick one standout course, it would be LING 301. It’s a great class because it doesn’t just involve interesting material, but some pretty awesome professors as well.

Have you taken part in any student research opportunities at Oxy?

I am working closely with Professor Bolyanatz Brown in order to accurately describe how my computer science senior comps project—an algorithm for phonological accent detection—works, and whether the computer can detect all of the phonetic differences described in literature.

I have always been fascinated by language. One of my life goals is to learn as many languages as possible, and my favorite word (which we were asked to list in our application to Oxy) is polyglot. It’s always been a passion for me, and being able to take some courses in Spanish about the linguistics of Spanish has been another exceptionally fun part of my college career.

What are your post-Oxy ambitions and how has the liberal arts approach helped to shape these ambitions?

I am currently exploring options for further education in linguistics. This would not have happened if it hadn’t been for the liberal arts approach to education. I had no idea what linguistics really was until my sophomore year of college. Core requirements forced me to get out of my comfort zone, but the flexibility of scheduling allowed me to also take courses of interest, which funneled me into the fascinating world of linguistics.

First, to those who aren’t considering Group Language, give LING 301 a shot and reconsider. To those who have already decided on majoring in Group Language, make sure you talk with your professors often. They will be incredibly helpful, and as I mentioned earlier, I would go so far as to say that the language departments have some of the best professors. 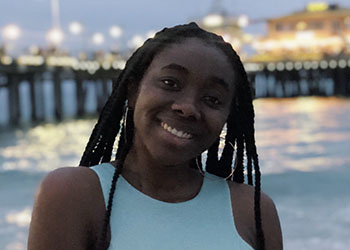 My motivation to major in Group Language comes from my love for languages. I think languages are such an important part of who we are and how we understand each other. I love how they are so different not only in the way they sound but also in the way concepts are described. I also love how you can learn so much about a culture through its language. I find it fascinating how languages can change so much over time that, in some cases, it’s nearly impossible to understand a language in its form from 500 years ago.

Can you describe your working relationships with Oxy's language professors? Are there any standout classes you’ve taken?

All of the language professors that I have had at Oxy so far have been very passionate about what they teach, which makes the classes so much more enjoyable. The professors have all been enthusiastic and approachable. I truly have enjoyed all of the language classes I have taken so far, but one of the most memorable classes was “History of the Spanish Language.” I found this class fascinating because I had never thought much about the specific changes that languages undergo over long periods of time. It was very interesting to see all of the linguistic changes that occurred to get from Latin to modern Spanish and all of the factors that led to these changes.

Being able to use it outside of the classroom. Using your foreign language skills to communicate with non-English speakers can be very exciting and rewarding. I love how learning a foreign language allows you to understand a whole new group of people. I have also found that communicating with people in their native language (especially living in the U.S. where many foreigners try their best to learn English and assimilate to the culture) can make them feel more at ease and understood.

My advice to trust your heart. Not every choice you make has to be an extremely calculated decision, sometimes it’s about trusting your gut and doing what you want to do. It is definitely important to consider your options in order to make the right decision for you, but I think the most important thing to contemplate is whether or not you genuinely love and enjoy what you are studying. At the end of the day it is you who will be taking all of the necessary classes for your major, and if it is not something you enjoy then your learning experience will not be all that satisfying. When I first decided to be a Group Language major, some people were skeptical and wondered if this major would be of any help to me once I graduated. These types of comments may cause you to second guess your decision but I think it's important for everyone to know that languages are so important in any field. Languages are a fundamental part of human communication and the knowledge of more than one is extremely valuable in many fields. Studying languages can actually give you more opportunities in a wider range of fields. 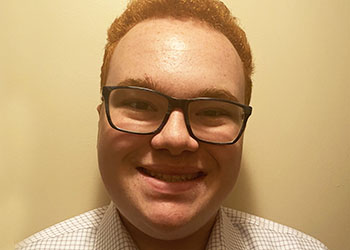 I wanted to major in Group Language because I loved learning about Spanish and about the intricacies of language, and wanted to learn more. When I found out that I could study both at the same time [through the Group Language major], I had to take the opportunity!

Working with the language professors at Oxy has been a great experience. I have gotten to know many of them both in and out of the classroom, and they are wonderful people who want to help and see you succeed. Working closely with the language professors has made my college experience better and provided me some great opportunities. One of my favorite classes was Professor [Mike] Shelton's “History of the Spanish Language,” a deep dive into the linguistic transformation of Vulgar Latin into Modern Spanish.

Have you taken part in any student research opportunities at Oxy?

I spent this past summer working with Professor [Mariška] Bolyanatz Brown on a project through the Undergraduate Research Center. The project I designed focused on the voiced onset time of consonants in English and Spanish. Professor Bolyanatz Brown was an amazing mentor who guided me throughout the whole process. I'm continuing to work with her on future projects.

I love delving into a new language and trying to figure out all the little bits and pieces and how they fit together. I love to discover the inner workings of a language and linguistics provides me that space. Both the introduction-level and upper-level courses I have taken allowed me to explore language and how each new language works.

For anyone considering a major in Group Language, I would suggest taking as many different language-related courses as you can! Figure out what aspects of language interest you and look for the classes that cover those topics. There are a wide variety of courses related to linguistics or language, and each one provides a new perspective and a new point of view. There are lots of opportunities with a wide variety of professors who all love their respective areas of study, and I'm sure you can find someone who enjoys the same topics as you do!