Confederate Monuments and the Politics of Memory - Lecture | Occidental College

Confederate Monuments and the Politics of Memory - Lecture 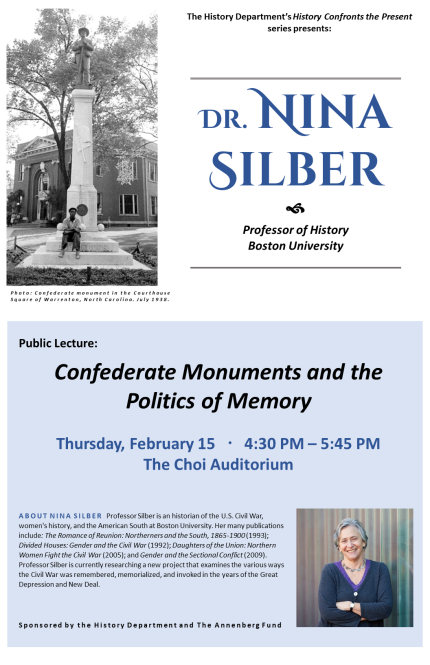 ABOUT NINA SILBER - Professor Silber is a historian of the U.S. Civil War, women's history, and the American South at Boston University. Her many publications include The Romance of Reunion: Northerners and the South, 1865-1900 (1993); Divided Houses: Gender and the Civil War (1992); Daughters of the Union: Northern Women Fight The Civil War (2005); and Gender and the Sectional Conflict (2009). Professor Silber is currently researching a new project that examines the various ways the Civil War was remembered, memorialized, and invoked in the years of the Great Depression and New Deal.