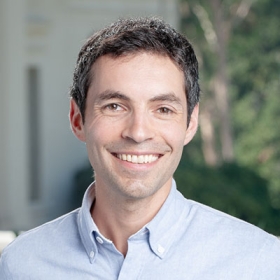 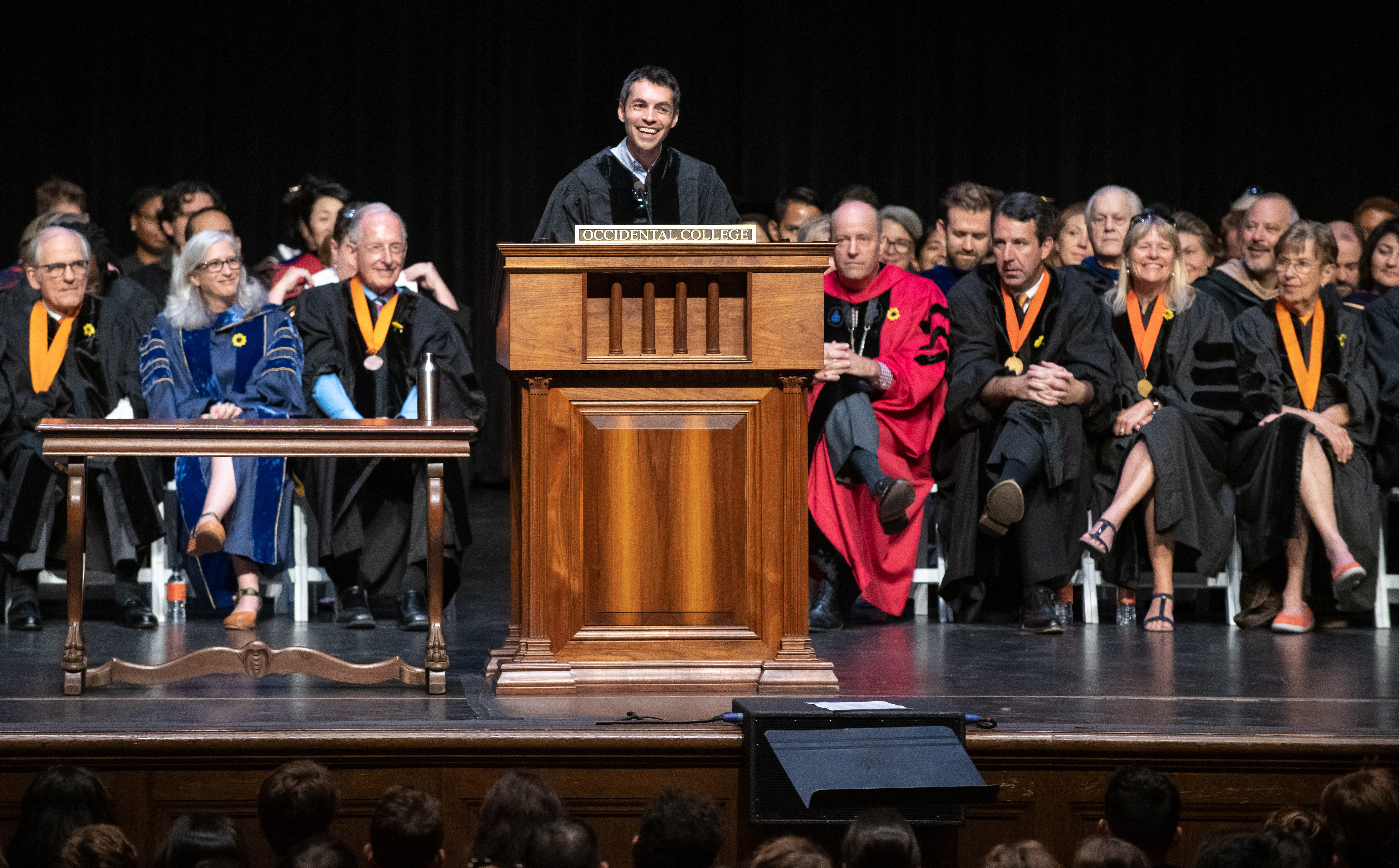 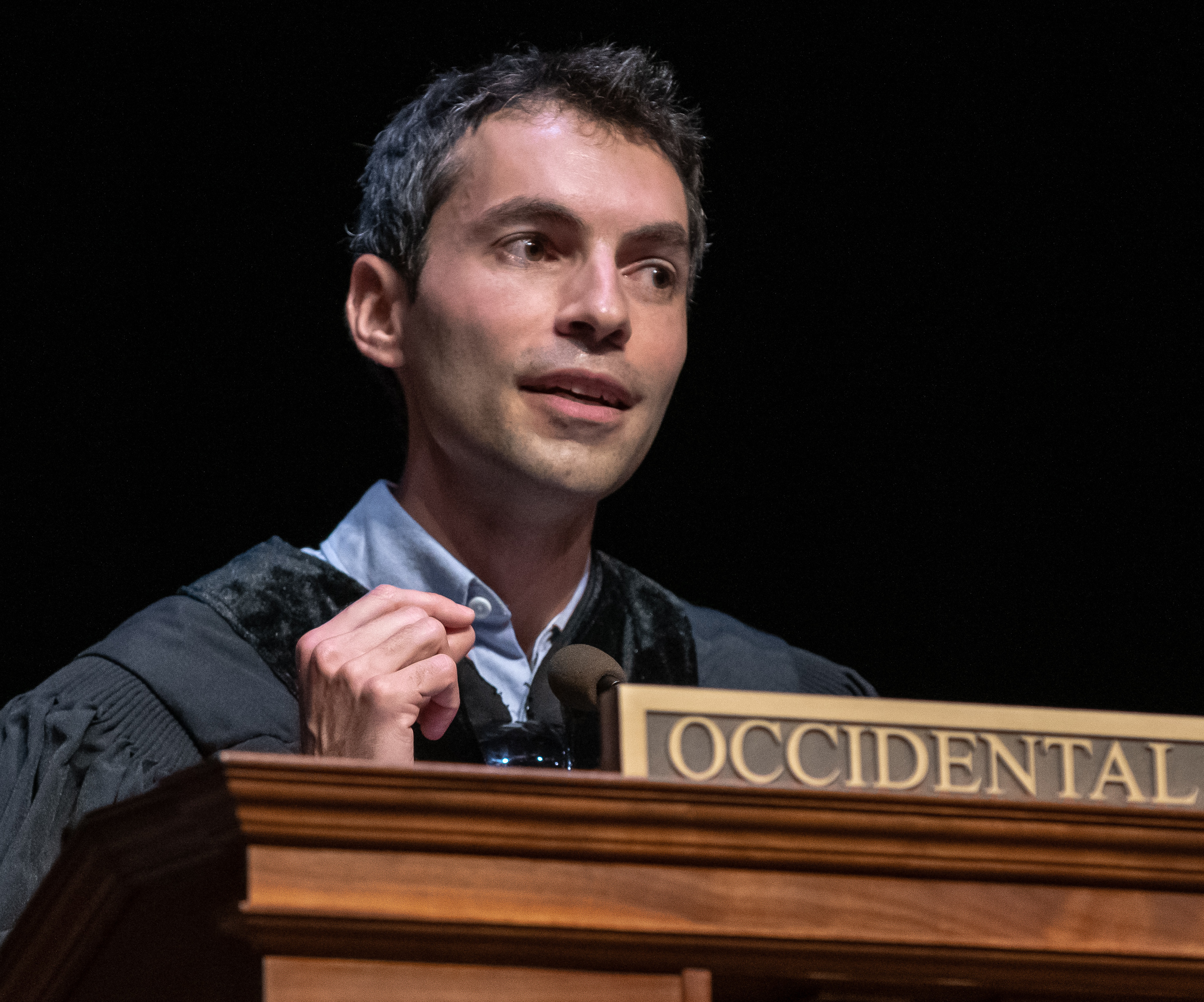 Abstract.  There are two major problems in identifying the output effects of banking panics of the pre-Great Depression era. First, it is not clear when panics occurred because prior panic series differ in their identification of panic episodes. Second, establishing the direction of causality is tricky. This paper addresses these two problems (i) by deriving a new panic series for the 1825-1929 period and (ii) by studying the output effects of major banking panics via vector autoregression (VAR) and narrative-based methods. The new series has important implications for the history of financial panics in the United States.

Abstract.  This paper argues that monetary intervention alleviated banking panics during the early stages of the Great Depression.  Throughout the course of the depression, the Federal Reserve Bank of Atlanta aggressively intervened to stabilize its banking system.  To assess the effectiveness of these policies, I analyze the performance of banks along counties straddling the border of the Atlanta Federal Reserve District.  My results indicate that expansionary initiatives designed to inject liquidity into the banking system reduced the incidence of bank suspensions by 32 to 48% in some regions.  Moreover, an analysis of the balance sheets of individual Federal Reserve Districts suggests that liquidity intervention did not expend large resources and that a concerted, system-wide interventionist policy response was feasible during the first half of the depression.

Abstract.  This paper derives empirical estimates for aggregate tax and spending multipliers.  To deal with endogeneity concerns, I employ a large sample of fiscal consolidations identified through the narrative approach.   To control for monetary policy, I study the output effects of fiscal consolidations in countries where monetary authorities are constrained in their ability to counteract shocks because they are in either a monetary union (and hence, lack an independent central bank) or a liquidity trap.  My empirical estimates suggest that for fiscal consolidations, the tax multiplier is larger than the spending multiplier.  The estimated tax multiplier is large—on the order of 3, suggesting strongly negative effects of tax increases on output.

Inflation Expectations and Recovery in Spring 1933, Explorations in Economics History.

Inflation Expectation in the U.S. in Fall 1933, Research in Economic History

Abstract.  Meat consumption is a major driver of climate change. Interventions that reduce meat consumption may improve public health and promote environmental sustainability. We conducted a randomized controlled trial to examine the effects of an awareness-raising intervention on meat consumption. We randomized undergraduate classes into treatment and control groups. Treatment groups received a 50-minute lecture on how food choices affect climate change, along with information about the health benefits of reduced meat consumption. Control classrooms received a lecture on a placebo topic. We analyzed 49,301 students’ meal purchases in the college dining halls before and after the intervention. We merged food purchase data with survey data to study heterogenous treatment effects and disentangle mechanisms. Participants in the treatment group reduced their purchases of meat and increased their purchases of plant-based alternatives after the intervention. The probability of purchasing a meat-based meal fell by 4.6 percentage points (p < 0.01), whereas the probability of purchasing a plant-based meal increased by 4.2 percentage points (p = 0.04). While the effects were stronger during the semester of the intervention, dietary shifts persisted and remained statistically significant through the full academic year. Our study provides evidence that an intervention based on informing consumers and encouraging voluntary shifts can effectively reduce the demand for meat. Our findings help to inform the international food policy debate on how to counter rising global levels of meat consumption to achieve climate change goals. To our knowledge, our study is the first to assess the effectiveness of an educational intervention to reduce meat consumption using such high-quality data (i.e. individual-level food purchases) over a prolonged period.

Changing Hearts and Plates: The Effect of Animal-Advocacy Pamphlets on Meat Consumption, Frontiers in Psychology

Social movements have driven large shifts in public attitudes and values, from anti-slavery to marriage equality. A central component of these movements is moral persuasion. We conduct a randomized-controlled trial of pro-vegan animal-welfare pamphlets at a college campus. We observe the effect on meat consumption using an individual-level panel data set of approximately 200,000 meals. Our baseline regression results, spanning two academic years, indicate that the pamphlet had no statistically significant long-term aggregate effects. However, as we disaggregate by gender and time, we find small statistically significant effects within the semester of the intervention: a 2.4 percentage-point reduction in poultry and fish for men and a 1.6 percentage-point reduction in beef for women. The effects disappear after 2 months. We merge food purchase data with survey responses to examine mechanisms. Those participants who (i) self-identified as vegetarian, (ii) reported thinking more about the treatment of animals or (iii) expressed a willingness to make big lifestyle changes reduced meat consumption during the semester of the intervention. Though we find significant effects on some subsamples in the short term, we can reject all but small treatment effects in the aggregate. 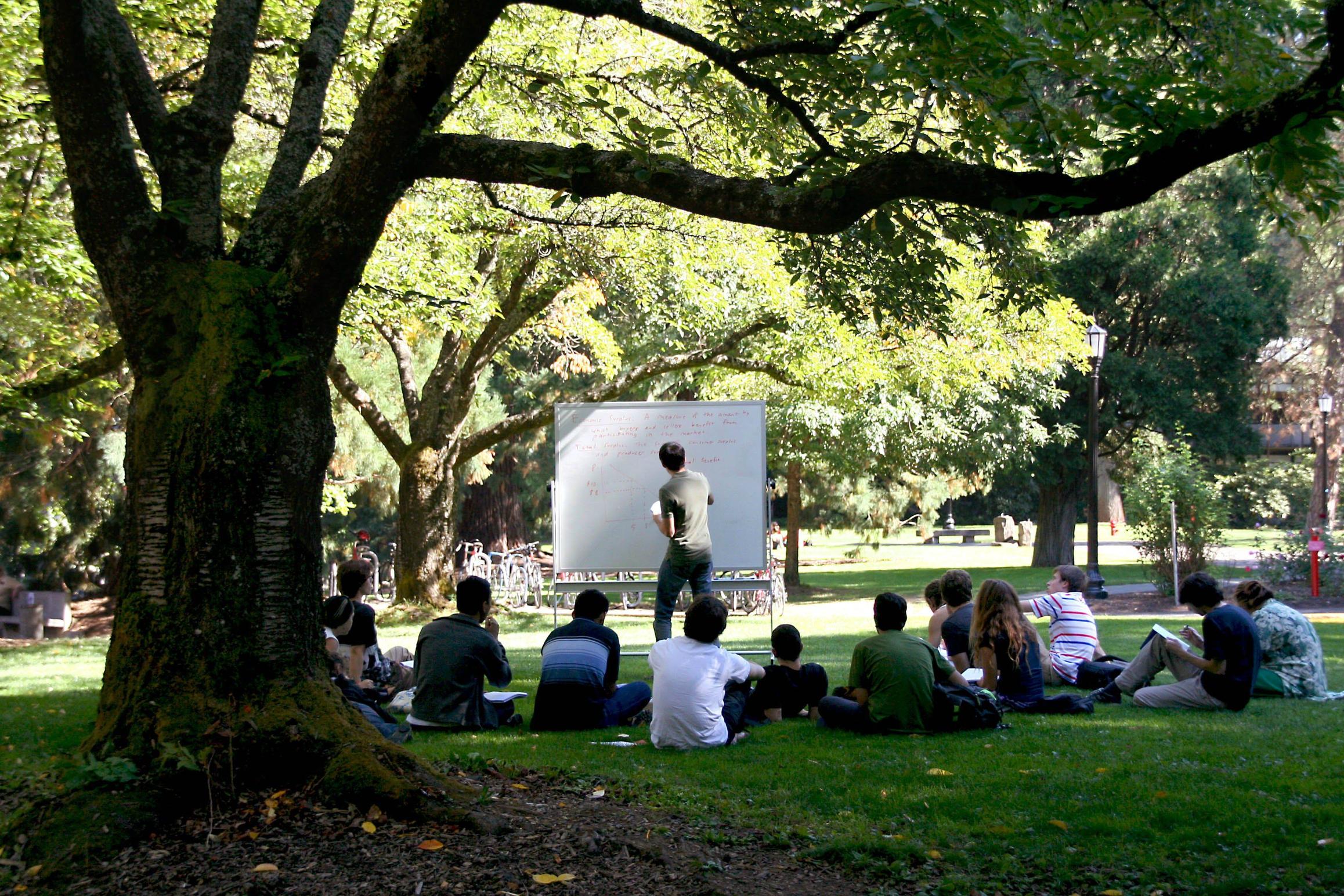 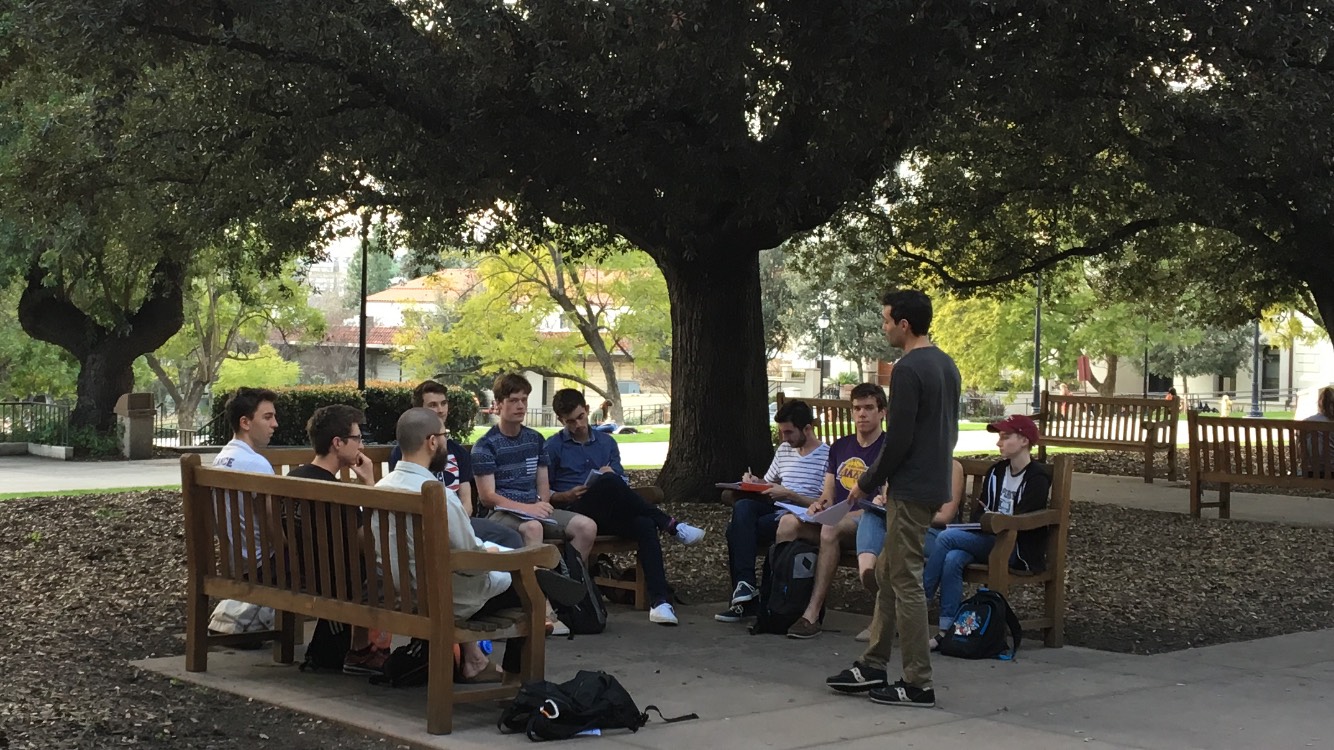 This course is devoted to answering the fundamental questions macroeconomists study.  Why are some countries rich and others poor?  What causes economic growth?  Why do we have recessions and what can policymakers do to fight them? 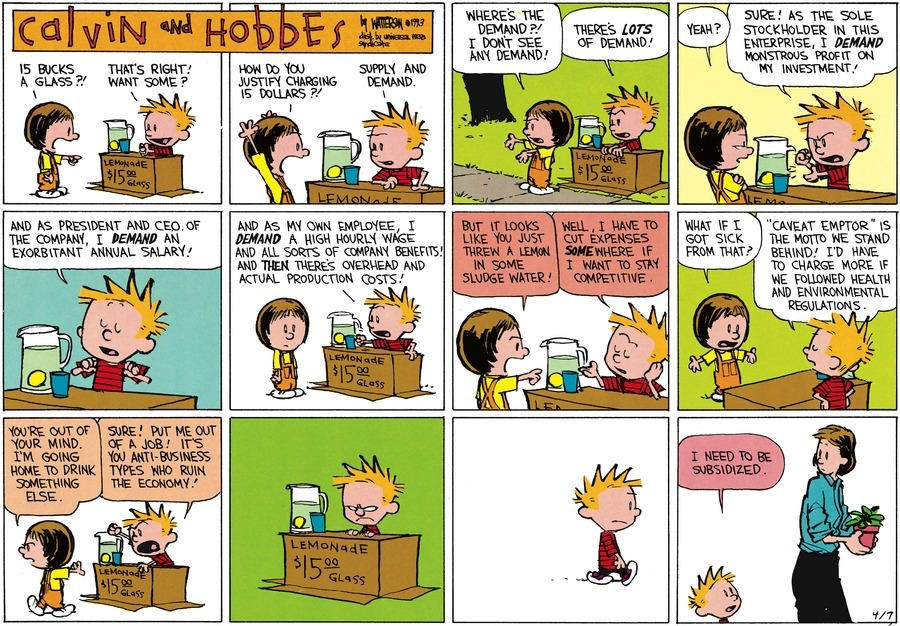 Where else would a macroeconomist shop? 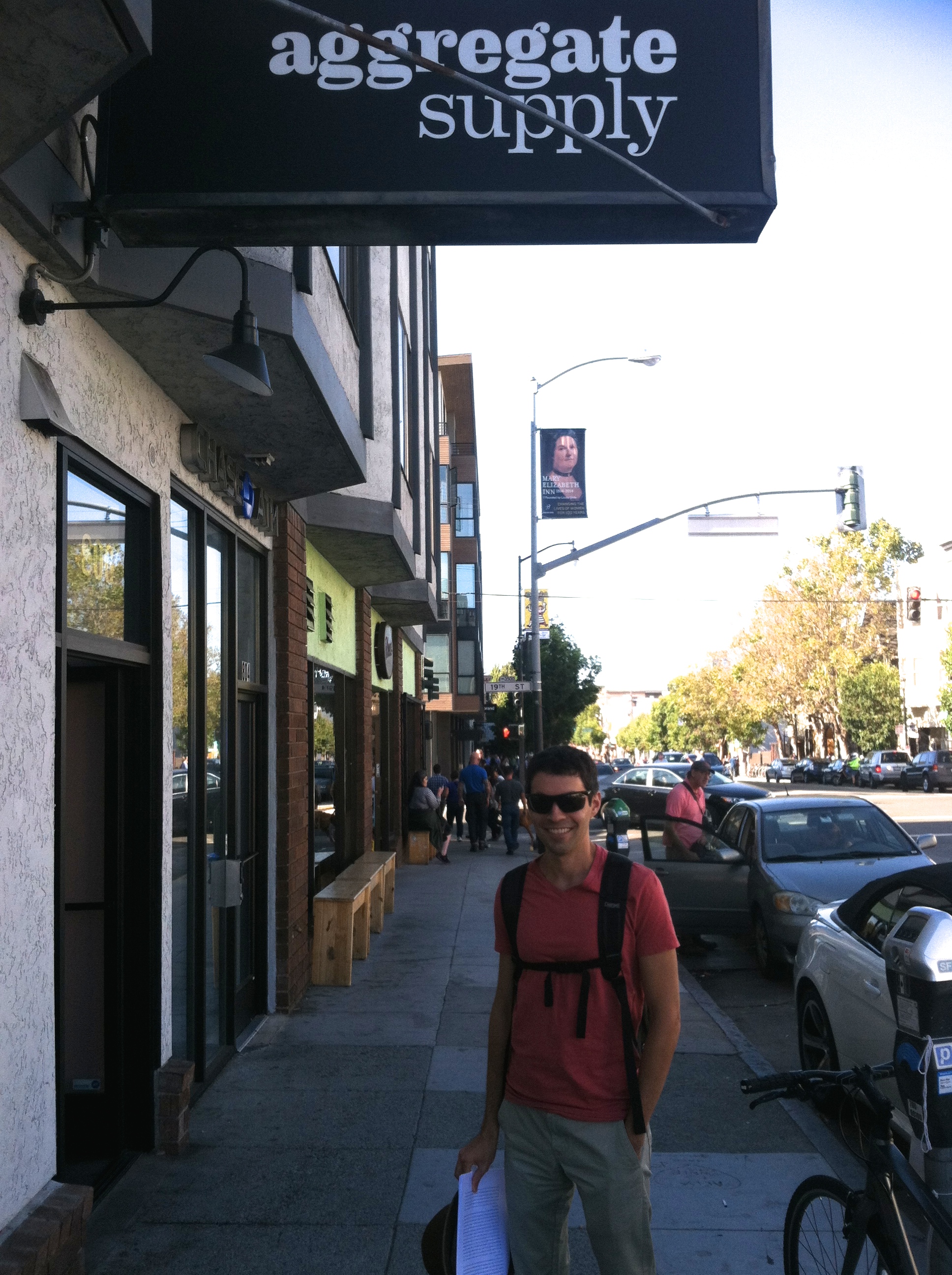 At the headquarters of The Economist 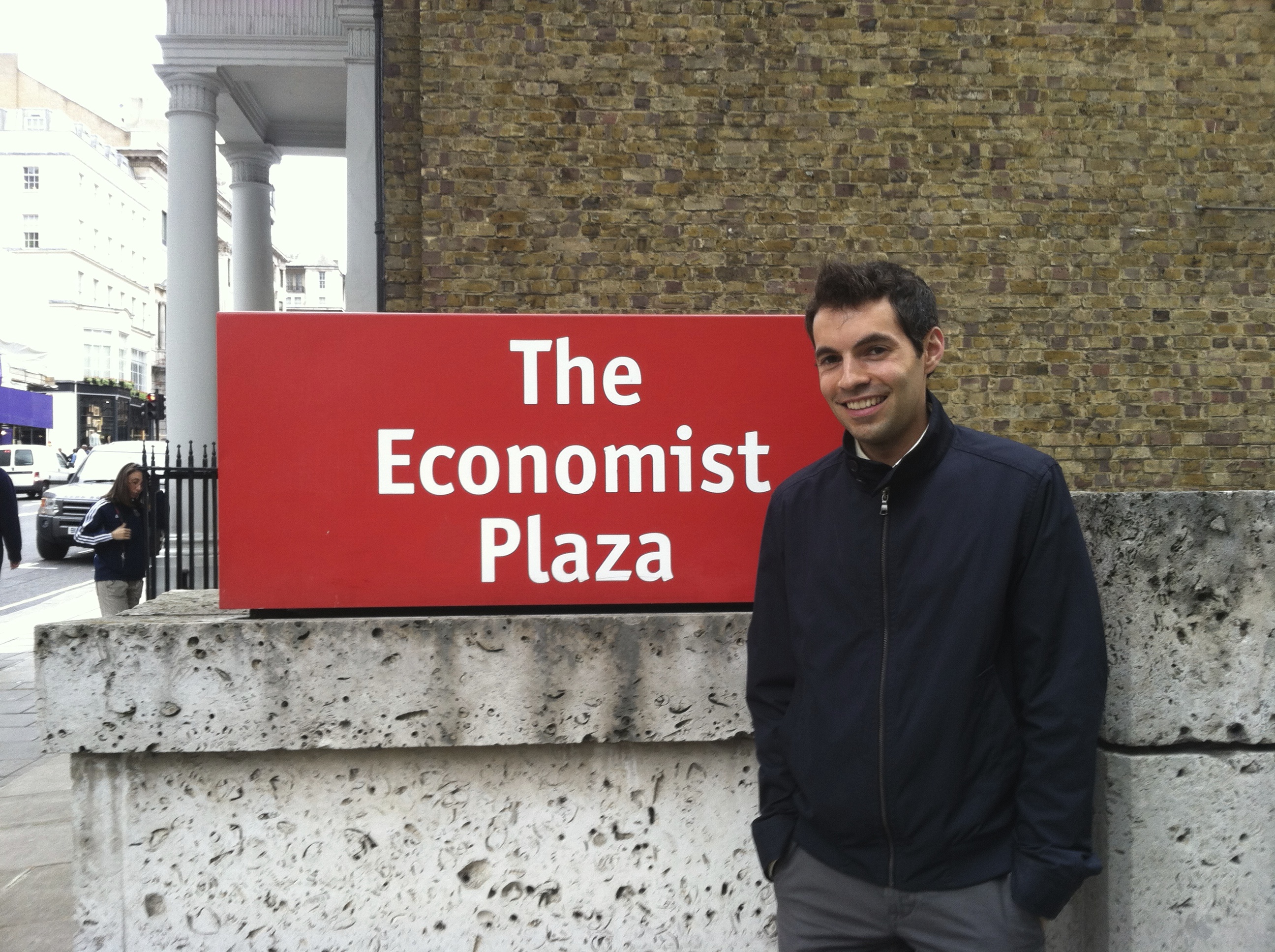 On the set of Clueless (i.e. Occidental College) with my sister and mother. 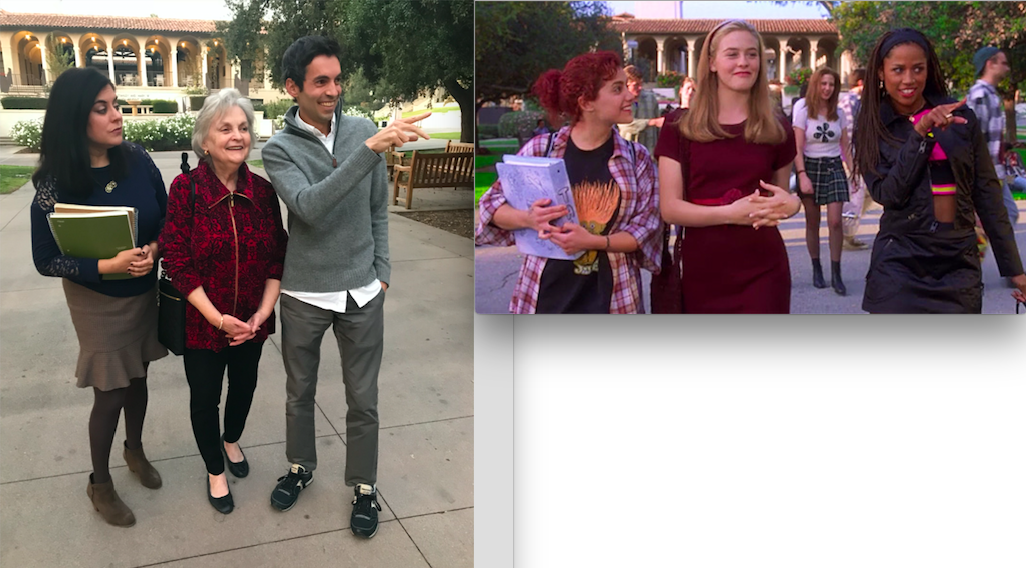