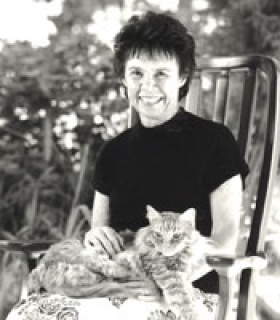 Jean Wyatt teaches courses in contemporary American fiction, modern British literature, and race and gender studies. She is the recipient of the 2003 Sterling Award for outstanding scholarship and teaching.

Jean Wyatt’s research and teaching fields are contemporary African American and Native American women writers, British modernist novels, capitalism and the nineteenth-century novel, race and gender theory, and psychoanalysis. Her books include Love and Narrative Form in Toni Morrison’s Later Novels (2017), Risking Difference: Identification, Race and Community in Contemporary Fiction and Feminism (2004), and Reconstructing Desire: The Role of the Unconscious in Women’s Reading and Writing (1990). She has been honored with the Occidental College Sterling Award for Scholarship and Teaching (2003). And she was awarded the Toni Morrison Book Prize for the Best Single-Authored book on Toni Morrison (2018). She has been appointed a distinguished visiting scholar at the Summer Institute, University of Kansas (2007) and a visiting academic in the English Faculty, Oxford University, U K (2018). 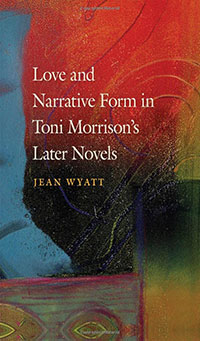 Reconstructing Desire: The Role of the Unconscious in Womens’ Reading and Writing. University of North Carolina Press, 1990.

"The Economic Grotesque and the Critique of Capitalism in Toni Morrison's Tar Baby. MELUS 39.1 (Spring 2014). https://muse.jhu.edu/journals/melus/toc/mel.39.1.html

“Love’s Time and the Reader: Ethical Effects of Nachtraglichkeit in Toni Morrison’s Love.” Narrative 16.2 (May 2008).

“Patricia Hill Collins’s Black Sexual Politics and the Genealogy of the Strong Black Woman.” Studies in Gender and Sexuality 9.1 (Winter 2008).

“The Impossible Project of Love in Sartre’s Being and Nothingness, Dirty Hands, and “The Room.” Sartre Studies International 12.2  (November 2006).

“Thinking the Other-Centered Self with Jean Laplanche: The Enigmatic Signifier and its Political Uses.” Psychoanalysis, Culture and Society 11.2 (August 2006).

“Signifying Contortions: Disavowal, The Enigmatic Signifier, and George W. Bush’s Credibility After 9/11.” : Special Issue on “9/11, the Iraq War, and the Prospects for Peace.”

"Toward Cross-Race Dialogue: Identification, Misrecognition and Difference in Multicultural Feminist Community.” Signs: Journal of Women in Culture and Society 29.3 (Spring 2004).