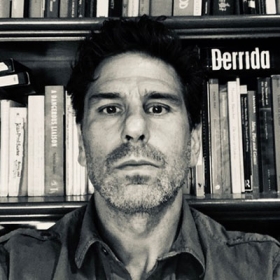 His research is focused on contemporary political theory and religion with special emphasis on the relationship between Islamic and European philosophical responses to modernity and imperialism. He has worked as a public policy analyst and advocate focusing on issues of privacy broadly conceived. He has also worked for the ACLU of Southern California on post-9/11 public policy and civil liberties issues facing the Muslim, Arab, and Iranian communities in Southern California. He was one of the founding editors of Studies in Practical Philosophy (1998-2005), a quarterly journal dedicated to the exploration and promotion of social and political thought and activism grounded in the tradition of Continental philosophy.

Heather Kanny, Summer 2003: “An analysis of the rise of political Islam and the Muslim Brotherhood in Egypyt.” Went on to the National Conference for Undergraduate Research

Jake Hogue, Summer 2005: “Shi’ism and the rise of Political Islam in Iran.” Went on to the National Conference for Undergraduate Research

Nikolai Schweingruber, 2006-7: Special grant to study at the Special Court for Sierra Leone overseeing the “Truth and Reconciliation” process post Ethnic Cleansing. Research went on to be presented to the National Conference on Undergraduate Research.

Joseph Hernandez and Bernard Botz, 2007-2008: “Global Capitalism and the New Confucianism.” Went on to the National Conference for Undergraduate Research

Margot Clifford: Summer 2011. “A Post-Colonial Feminism in the Arab World.”

Brian Holtvedt. Summer 2014. “Heidegger and the Possibility of Freedom”

Roee Perry. Beyond the Clash of Civilizations: Dialogue and Cultural Understanding. Summer 2019.

"The Possibility of American Islam and the Idea of the ‘Clash of Civilizations’ — with Salam al-Marayati” (Executive Director, MPAC). Occidental College. Spring 2019.

Torture, Detention and the Question of Accountability: The US After Abu Ghraib. Fall 2009

The Sacred and the Debased in the Thought of Georges Bataille. Spring 2008. The Interdisciplinary Symposium on Theory II, Occidental College, Department of Religious Studies.

Cosponsored by the Department of English and Comparative Literary Studies and the Department of Critical Theory and Social Justice. An interdisciplinary examination of the work of the highly influential French writer and philosopher. Eight speakers including Sean Kirkland (Depaul University), Karmen MacKendrick (LeMoyne), Andrew Mitchell (Emory University), Jason Winfree (CSU Stanislaus). Procured funding, arranged venue and publicity; arranged travel, accommodations and transportation for visiting faculty. Established a Student Organizing Committee and oversaw the production of a documentary about the conference.

The College of Physicians of Philadelphia, Groff Family Lecture, “Torture and the History of Truth: Medicine, Violence and the Body in the Tradition of Western Thought.” April 2010.