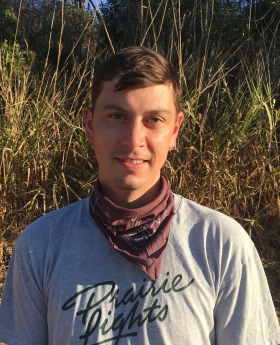 Stephen Klemm specializes in German literature and philosophy from the 18th-20th century with particular interest in German Romanticism, Existentialism, and Critical Theory. His language and literature courses examine how language, literature, and philosophy interact and emerge from within concrete social and historical settings.

I am currently an Assistant Professor of German in CSLC where I started as an NTT faculty member in 2018 having received my Ph.D. from Cornell University. My research focuses on the intersections of German literature, philosophy, and the natural sciences from the 18th-20th century. I am particularly interested in the ways in which interactions in these fields from the late 18th century onwards led to evolving conceptions of nature, culture, and the human being. My current book project investigates the way in which figures around 1800 such as Herder, Goethe, Schiller, Hölderlin, and the Humboldt brothers take up developments in the natural sciences to develop quite radical theories of nature, culture, and subjectivity as fundamentally finite, historical, and engaged in the process of open-ended transformation.

I teach courses in English that focus on diverse topics and figures in aesthetic theory and cultural history such as madness, genius, and despair, as well as courses that focus on key periods in German literature, philosophy, and culture from the 18th to the 21st century. My courses tend to be interdisciplinary, investigating how literature and philosophy influence one another and how they relate to and are rooted in their social and historical settings. My German language courses reflect these dynamics. From 101-301 we learn the German language in relation to culture by engaging wherever possible with authentic material such as pop music, literature, and tv-shows with an eye to understanding Germany as the dynamic multi-cultural society that it is. Recent courses include, “Art, Nature, Self: German Romanticism”, “Marx, Nietzsche, Freud”, “Madness and Genius in Literature and Philosophy”, and “The Sickness Unto Death: Selfhood and Despair in Literature and Philosophy.”