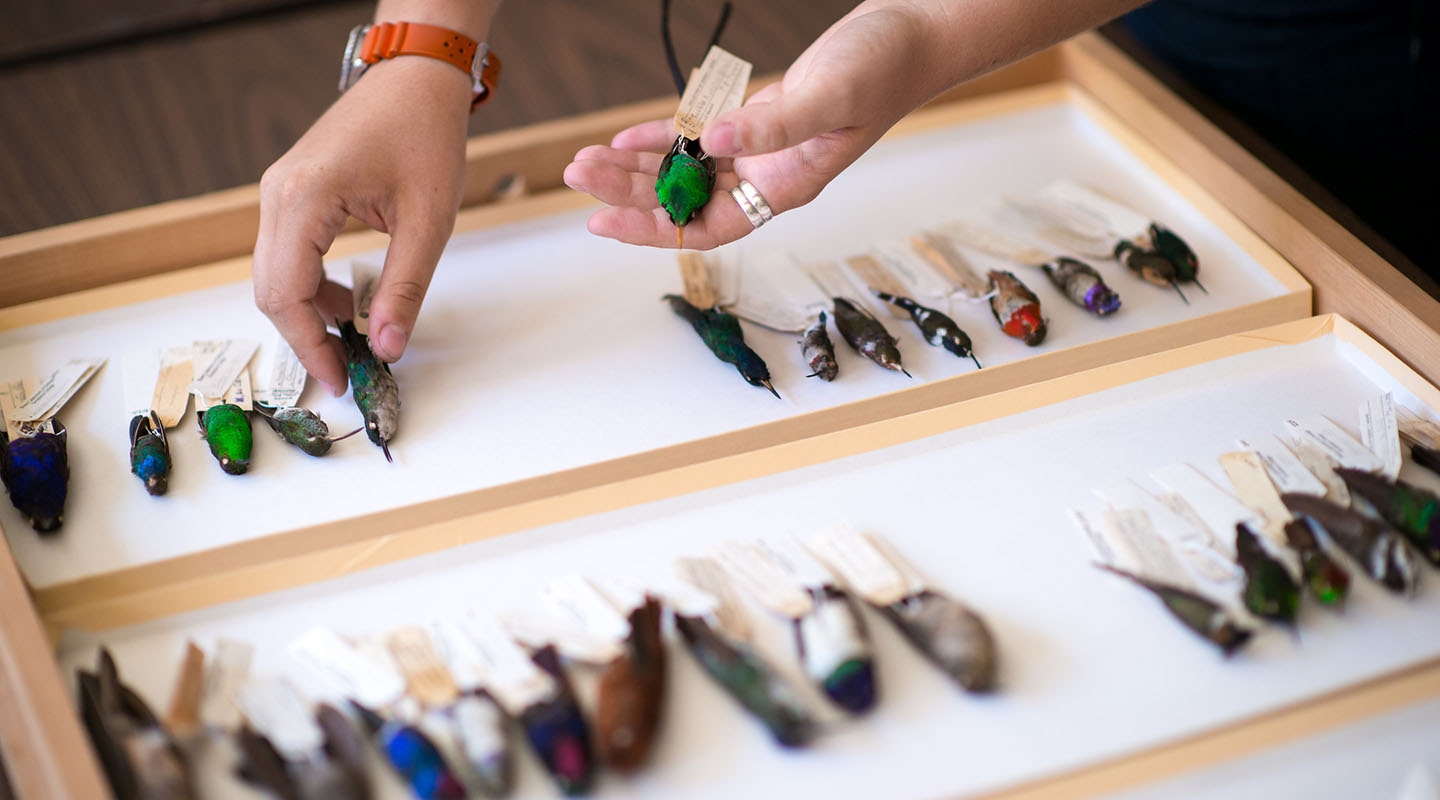 Three Occidental College alumni have been awarded prestigious National Science Foundation Graduate Research fellowships, awarded annually to candidates in the sciences and social sciences who are pursuing a master’s degree or Ph.D.

Nafeesa Andrabi ’14, a sociology major from Claremont who is a doctoral student at the University of North Carolina Chapel Hill; Marissa Chan ’17, an urban & environmental policy major from Moraga now working for Black Women for Wellness; and Whitney Tsai Nakashima ’11, a biology major from Seattle currently working as a research assistant at Occidental’s Moore Laboratory of Zoology, will receive support for their graduate education from the NSF.

The fellowship provides three years of support for graduate study leading to research-based advanced degrees and is intended for students in the early stages of their graduate work. It provides a $34,000 living stipend and $12,000 per year for tuition for three years within a five-year period.

Occidental also had one honorary mention this year: Wayana Dolan ’16, a geology major from Seattle who is now pursuing a doctorate in geological sciences at UNC. In the last six award years, Occidental students and alumni have received 22 NSF fellowships and 11 honorable mentions.

As a Biosocial Fellow at UNC, Andrabi’s graduate research has focused on health disparities and the intergenerational transmission of stress in communities outside of traditional racial categories.

“My focus is on the experience of Muslims in America, which is hard to do as this is not an easily identifiable population,” she says. “This led me to work on how certain populations become racialized—how race is determined by more than physical characteristics and how such factors as nativity, language and religion influence perceptions. Then I tie that back into health disparities by collecting biomarker data to see if it results in inequities in health outcomes.”

This fall she is headed to Harvard for a master’s of science degree in environmental health. Though she was accepted into several prestigious programs, she was drawn to the work of Harvard-based environmental epidemiologist Tamarra James-Todd. “I first read about her at Oxy, and remember thinking that she was one of the only people who really understands this issue and the history of racial inequities in terms of exposure,” says Chan, whose interest in the subject was sparked by her work with Bhavna Shamasunder, associate professor of urban & environmental policy at Oxy. “I’m really excited to work with her not only for the research side, but for her experience as a black woman scientist in the field.”

Nakashima, who originally focused on marine biology at Oxy but hated getting seasick, developed an interest in avian biology after studying at La Selva Research Station in Costa Rica. At Oxy, she had access to the Moore Lab’s collection of 65,000 Mexican and Latin American birds, one of the best collections of its kind. As a doctoral student at UCLA, she is studying bird genomics and avian evolution—specifically, the differences between the migratory and resident forms of yellow warblers.

“More broadly my work will help us understand how different forms evolve over time,” says Nakashima, who expects to use Moore Lab specimens in her graduate research. “Understanding how these individual populations are related to each other has important implications for conservation policy. If they are really distinct from each other, that can give us a better understanding of the individual populations.”